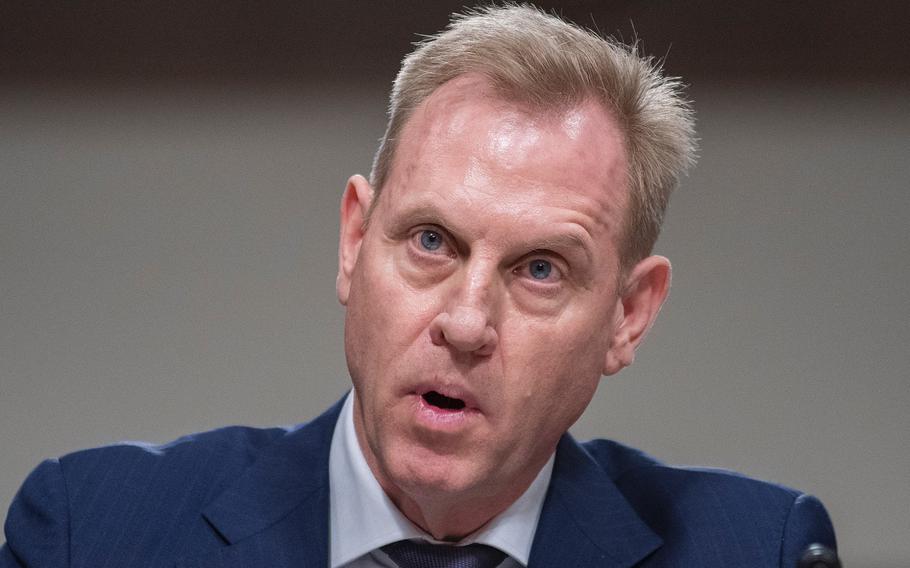 WASHINGTON — Acting Defense Secretary Pat Shanahan said Thursday that the United States is considering a deployment of new troops to the Middle East to shore up force protection amid recent heightened tensions with Iran.

But he also denied news reports such orders could include 5,000 to 10,000 servicemembers.

Shanahan told reporters at the Pentagon that he and other top national security officials had not made any decisions about potential troop movements. However, he acknowledged for the first time that President Donald Trump’s administration was considering sending more troops into the Middle East, after the Pentagon recently expedited a deployment of a carrier strike group and sent a bomber task force and Patriot missiles into the region.

“There is no 5,000 number. There is no 10,000 number,” Shanahan said, denying the reporting of those figures by Reuters and The Associated Press, respectively. “What we’re looking at is – are there things we can do to enhance force protection in the Middle East? It may involve sending additional troops.”

The acting secretary declined multiple questions from reporters seeking specifics about the plan, saying he would provide details when he “was ready to share that.”

According to the AP, newly deployed troops could include more Patriot missile batteries, additional ships and troops charged with monitoring Iranian troop movements. Those deployments would be consistent with a force protection mission.

Shanahan and other top national security officials were expected to brief Trump on Thursday afternoon at the White House about the latest intelligence on threats to American forces that they have said are tied to the Iranian regime.

U.S. officials have said in recent weeks intelligence linking the Iranian regime to potential attacks on U.S. troops by Shiite militias in locations including Iraq and Syria and other actions was credible. However, officials have not provided specific evidence of those threats.

Shanahan said the United States was not seeking a war with Iran.

“This gets back to the risk of Iranian miscalculation,” he said.

Earlier this week, Shanahan said the steps that the United States has taken might have discouraged Iran from encouraging Shiite militia groups that it controls from attacking Americans.

Nonetheless, the United States has said Iran was likely involved in a series of attacks on oil tankers off the coast of the United Arab Emirates this month. Additionally, U.S. officials said an Iranian-backed group could be responsible for a rocket fired Sunday into the fortified Green Zone in Baghdad that caused injuries near the U.S. Embassy. U.S. officials have not said why they believe Iran or Iran-backed groups were possibly involved in those incidents.

Trump, like Shanahan, has said in recent days that he was not seeking war with Iran. Top Iranian officials, including Supreme Leader Ayatollah Ali Khamenei, have said they do not want to fight the United States.

However, Khamenei on Wednesday told Iranian students that they would “witness the demise of the enemies of humanity, meaning the degenerate American civilization, and the demise of Israel,” Reuters reported.

That followed Trump’s tweet warning Iran on Sunday: “If Iran wants to fight, that will be the official end of Iran. Never threaten the United States again!”