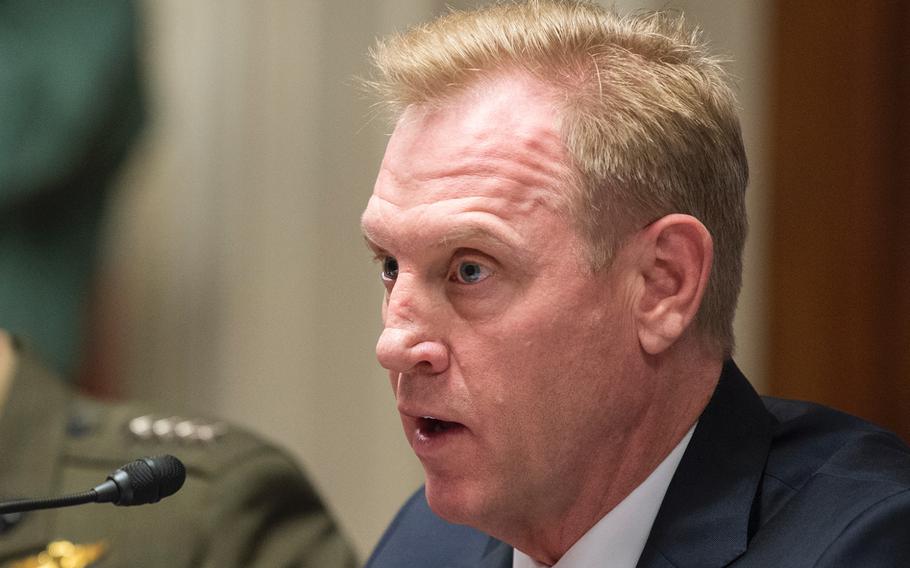 WASHINGTON — Acting Defense Secretary Patrick Shanahan on Tuesday defended the Pentagon’s decision to deploy more ships and bombers to the Middle East in response to threats from Iran, saying those actions might have convinced the Iranians to ‘put on hold’ potential attacks on Americans.

Shanahan’s comments at the Pentagon came just hours before he was set to brief members of Congress behind closed doors on classified intelligence that President Donald Trump’s administration claims to have about potential Iranian threats. Top U.S. officials have not publicly described in detail those threats but have described them as credible.

Standing in front of the Pentagon, Shanahan wanted to “underscore the credibility of the intelligence” that the United States has about Iran.

“We talked about those threats and there were attacks,” he said, without providing specifics about the attacks.

Earlier this month, four oil tankers off the coast of the United Arab Emirates were reportedly sabotaged. Secretary of State Mike Pompeo said Tuesday during an appearance on the Hugh Hewitt conservative radio program that it was “quite possible” that Iran was behind the sabotage of the tankers and attacks on Saudi Arabian pipelines.

The Department of Defense “was extremely responsive” and took prudent steps, he said, that “we’ve put on hold the potential for attacks on Americans. And that’s what’s extremely important.”

Shanahan gave no further information about what these potential attacks on Americans were or where they would have taken place.

The USS Abraham Lincoln Carrier Strike Group and a bomber task group was recently deployed to the Middle East early “in response to indications of heightened Iranian readiness to conduct offensive operations against U.S. forces and our interests,” according to the Pentagon statement about the deployment.

“We’re in a period where the threat remains high and our job is to make sure that there is no miscalculation by the Iranians,” Shanahan said. “That is the most important thing we can do as the department is avoid miscalculation and then control escalation.”

While the threat remains, Shanahan said: “Our prudent response, I think, has given the Iranians time to recalculate.”

Later this afternoon, Shanahan, alongside Pompeo and Marine Gen. Joseph Dunford, the chairman of the Joint Chiefs of Staff, will brief the full House and then the full Senate on details about Iran in a closed session.

Going to Capitol Hill “is a good opportunity to keep this dialogue going on given this time of high operational tempo, especially with Iran,” Shanahan said.

“I just hope Iran is listening,” he said about whether Iran was getting the message. “We’re in the region to address many things, but it is not to go to war with Iran.”