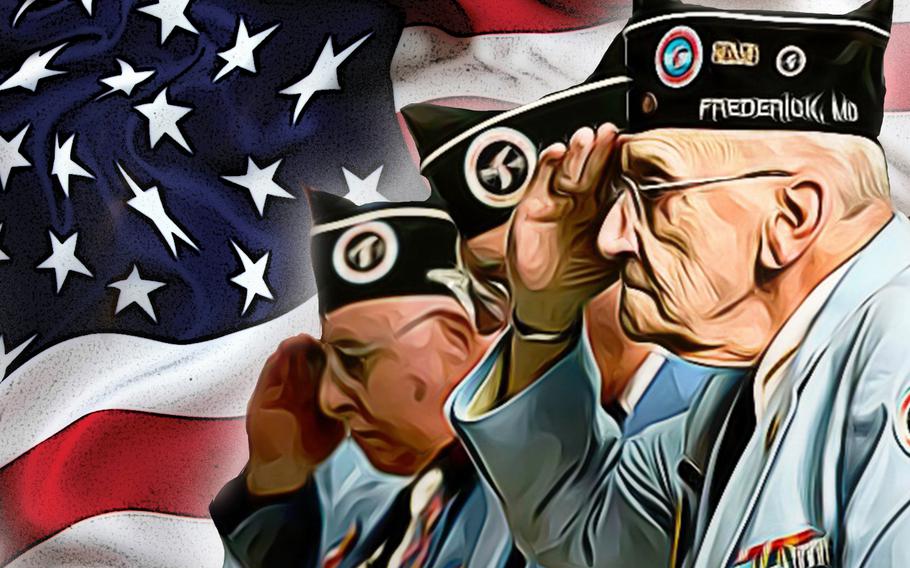 The Senate Armed Services Committee has voted to make permanent the Special Survivor Indemnity Allowance (SSIA) set to expire next spring, and paid monthly to 63,000 survivors of servicemembers who died on active duty or, more commonly, died of severe service-connected health conditions in retirement.

If the Senate initiative becomes law, the SSIA payments of $310 a month also would be adjusted annually, starting in 2018, by the same percentage cost-of-living adjustment used to keep military retirement from fading to inflation.

The Senate committee also voted to open Tricare Reserve Select (TRS) health insurance to drilling Reserve and Guard members who are full-time federal employees. That would mean an end to the ban on offering lower-premium TRS to reserve component personnel, including Guard dual-status technicians, because they already qualify for Federal Employees Health Benefits Plan coverage.

These two initiatives are part of the Senate version of the National Defense Authorization Act bill (S. 1519), which the committee approved before Congress began its July 4 holiday break. The bill’s number as well as a report detailing every provision it embraced only became available after senators returned.

The two initiatives above are a couple of compensation plums voted by the committee and Chairman Sen. John McCain, R-Ariz.. But there also lumps of coal for retirees and families. If the full Congress agrees, for instance, pharmacy beneficiaries who fill prescriptions off base will pay higher out-of-pocket costs, and working-age retirees no longer would be exempt from a host of higher Tricare fees that the Congress voted last year but limited to future generations of retirees.

The Senate bill also would cut combined Basic Allowance for Housing for dual-service couples with children, and the military pay raise next January would be capped at 2.1 percent, as President Donald Trump proposed, versus the House bill’s support of a 2.4 percent hike to match recent private-sector wage growth.

A theme of the Senate bill for military personnel and families, it seems, is to make tough but fair choices that House colleagues passed on, and so create “headroom” in compensation accounts to address some neglected issues like survivor allowances while shifting more dollars toward more critical readiness gaps.

Pay cap: The 2.1 pay raise would save the military $200 million in fiscal 2018 and more in future years in dampening spending on basic pay, the size of re-enlistment bonuses and future retirement annuities, assuming no catchup raise.

Couples’ BAH: McCain and his colleagues this year propose a more modest cut in overall Basic Allowance for Housing paid to servicemembers married to other servicemembers than senators have in years past. Currently, a dual-service couple with children and living in the same household each receive BAH, with the more senior member receiving a higher “with dependents” rate.

As far back as 2015, the committee tried and failed to limit allowances to such couples to a single BAH at the with-dependents rate. This year the committee proposes that each member in a dual-service couple get BAH at the lower “without” rate. The committee this time cites a recent Army Audit Agency report that concluded combined BAH currently paid to such couples “significantly exceeded” actual housing costs. The committee said with 13,200 couples affected, its new plan would save the department $312 million over just the next five years.

The change would apply only to next moves after the BAH law was revised. It would not affect current allowances for these couples. The House bill so far is silent on BAH, making this and the pay raise key personnel issues for a House-Senate conference committee to negotiate in shaping a final defense policy bill.

Survivor allowance: Congress approved the SSIA in 2008 to help ease the impact of a dollar-for-dollar offset in military Survivor Benefit Plan (SBP) payments that occurs when surviving spouses also qualify for tax-free Dependency and Indemnity Compensation (DIC) from the Department of Veterans Affairs. The SBP-DIC offset is hugely unpopular but, Congress found, also costly to fix.

Lawmakers decided that a more affordable idea was a special allowance to soften the offset’s impact on survivors. SSIA began at $50 a month and climbed to $310 last year. With SSIA set to expire, House committee Chairman Rep. Mac Thornberry, R-Texas, last month promised to support relief but left it to senators to propose a solution in their defense bill.

Advocates for ending the offset might worry that making partial relief through SSIA permanent, as the Senate bill proposes, will create inertia in Congress for full repeal someday. Other survivors are worried that Congress might let SSIA expire next spring, and see a Senate step toward permanency, with inflation adjustments to match retiree COLAs, as praiseworthy.

Rx co-pay increases: The Senate bill would increase Tricare pharmacy co-payments from 2018 through 2026 for prescriptions filled at Tricare retail outlets or through its mail-order program. The co-pay for a 30-day supply of a brand drug at retail would climb to $28 in 2018 and $45 in 2026. The co-pay for a 90-day supply by mail order or 30 days of a brand drug on the DOD formulary also would rise to $28 in 2018 and $45 by 2026. The co-pay for a generic drug at retail would climb from $10 to $14 by 2026. Senators would go farther than the department proposed to encourage beneficiaries to fill prescriptions for free on base, by adding a $10 co-pay for mail-order generics, rising to $14 by 2026.

Mail-order generics currently are free. The committee said the co-pay would partially cover shipping and administrative costs and “result in a consistent drug cost-share with generic drugs dispensed in retail pharmacies.” Also, “there would be no changes to cost-sharing amounts for survivors of members who died on active duty or for disabled retirees and their family members.”

Before including a mail-order generic co-pay, projected savings to the pharmacy program from these changes were projected at $2.1 billion through 2022. Some of those savings, the Senate committee explained, can be used to fund permanent survivor allowances and to extend Tricare Reserve Select.

Higher Tricare fees for retirees: Last year House-Senate conferees stunned Tricare officials by embracing their plan to raise Tricare fees, deductibles and co-pays for under-age-65 retirees, but only for future force members who retire. The Senate bill this year endorses the administration’s call to shelve that “grandfather” protection and apply higher fees to current working-age retirees starting in 2018. This would save $3.6 billion in just the first five years.

Rep. Susan Davis, of California, a senior Democrat on the House committee, agreed Congress erred in deferring these fee increases last year, effectively forcing the department to “maintain a two-fee structure system for the next 50 years.” But then Davis withdrew her amendment to impose the fee increases immediately, noting that advocates for retirees were not yet “on board.”

Senators, however, are elected every six years not every two, and so the Senate committee voted to impose the fees next year. That’s another key issue in dispute that House-Senate conferees will have to negotiate later this fall.

Rather than use TFL, elderly at select sites could opt into a Tricare Advantage plan, a managed care program administered by private insurance companies that would cover the same services as Medicare but include additional services such as annual physical exams, vision and perhaps even dental coverage, and with out-of-pocket expenses capped for participants.

The Senate bill would require the secretary of defense to consult with the secretary of health and human services to establish within a year a demonstration for areas with heavy concentrations of older military retirees could enroll in Medicare Advantage plans with minimum quality star ratings of four or higher.

“The committee believes that a TRICARE Advantage demonstration program, customized for the TFL population, would result in better health outcomes for TFL beneficiaries with costly chronic health conditions and help to prevent utilization of high-cost, unnecessary health care services. Additionally, a TRICARE Advantage demonstration program should improve the experience of care while reducing government spending in both the Medicare and TRICARE programs.”

Justifying aviation bonuses: The bill orders the services to justify current aviation bonus levels with a “business case analysis,” an action to target the Air Force practice of paying maximum aviation bonuses for every type of aircraft. The committee contends this hurts the Air Force’s ability to address pilot shortages in harder-to-fly aircraft such as fighter planes.

The Senate bill also includes various provisions to improve family readiness to include encouraging base commanders to set more flexible hours for child care facilities and experimenting with private-public partnerships with major corporations to improve job opportunities for spouses at remote or overseas bases.