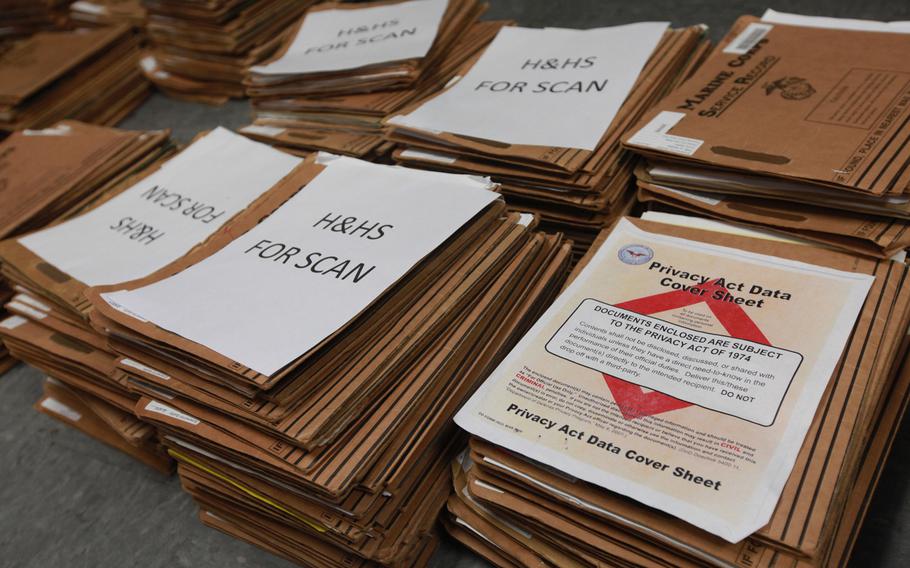 A bill that would upgrade the service records of gay, lesbian and bisexual troops discharged due to sexual orientation and open the door to veterans’ benefits has been introduced in the Senate and referred to the Armed Services Committee for review, officials said.

The Restore Honor to Service Members Act was introduced Jan. 30 by Sen. Brian Schatz, D-Hawaii, and Sen. Kirsten Gillibrand, D-N.Y. The bill mirrors one introduced in the House in June by Rep. Charles Rangel, D-N.Y., and Rep. Mark Pocan, D-Wis.

Pocan has said that the House bill has the bipartisan support of 140 members, however, it has yet to move forward.

“The repeal of 'Don’t Ask, Don’t Tell’ was a watershed moment, ending institutionalized discrimination that unjustly targeted gay and lesbian members of the military,” Schatz said in a statement from his office. “Yet thousands of former service members still bear the scars of that discrimination, with their military records tarnished with discharges other than honorable and marks on their records that compromise their right to privacy.

“Many of these brave men and women that served our country are currently barred from benefits that they earned and are entitled to, and in the most egregious cases they are prevented from legally calling themselves a veteran. This needs to be corrected now.”

Roughly 114,000 servicemembers were discharged because of sexual orientation between World War II and the repeal of “don’t ask, don’t tell” in September 2011, officials have stated. Many of these servicemembers, depending on the discharge classification and the state in which they lived, were treated as felons and precluded from voting and collecting unemployment and veterans’ benefits, such as health care and disability. Many were also discriminated against when applying for jobs and housing.

A lot has changed since the repeal of the 1993 law that banned gays and lesbians from serving openly in the military. Gay and lesbian servicemembers have been able to serve openly, marching in gay pride parades and having same-sex wedding ceremonies in on-base chapels. They have also seen benefits extended to their partners.

Organizations that represent LGBT servicemembers and veterans have applauded efforts to bring the bill to President Barack Obama’s desk.

“LGBT veterans who served and sacrificed in silence during World War II, Korea, and Vietnam, as well as those who served before and during ‘Don’t Ask Don’t Tell’ in the Gulf War, Iraq, and Afghanistan, deserve to see their service recognized and honored at long last,” Denny Meyer, spokesman for American Veterans for Equal Rights, the national LGBT veterans service organization, said in the statement.

Should it pass, the bill would instill the repeal into law. All servicemembers who were discharged because of their sexual orientation would then receive a “timely, consistent and transparent” review, and those who served honorably would see their records upgraded. This would open the door to benefits.

Any indication of sexual orientation would be struck from service records, and consensual relations between same-sex couples would be decriminalized — bringing military law in line with Supreme Court rulings.

“We need to right discriminatory discharges for our veterans immediately,” Gillibrand said in the statement. “A clean, honorable record is long overdue for veterans who were discharged solely because of who they love. Our veterans served our country courageously and with dignity and we must act to give them the appropriate recognition they deserve.”

It is now up to Senate Armed Services Committee chairman Sen. Carl Levin, D-Mich., and others on the committee, including Gillibrand, to call for a hearing said Pocan spokesman David Kolovson. Currently, none is scheduled, he said.

In order to reach the president’s desk, the bill needs to pass both the House and the Senate.