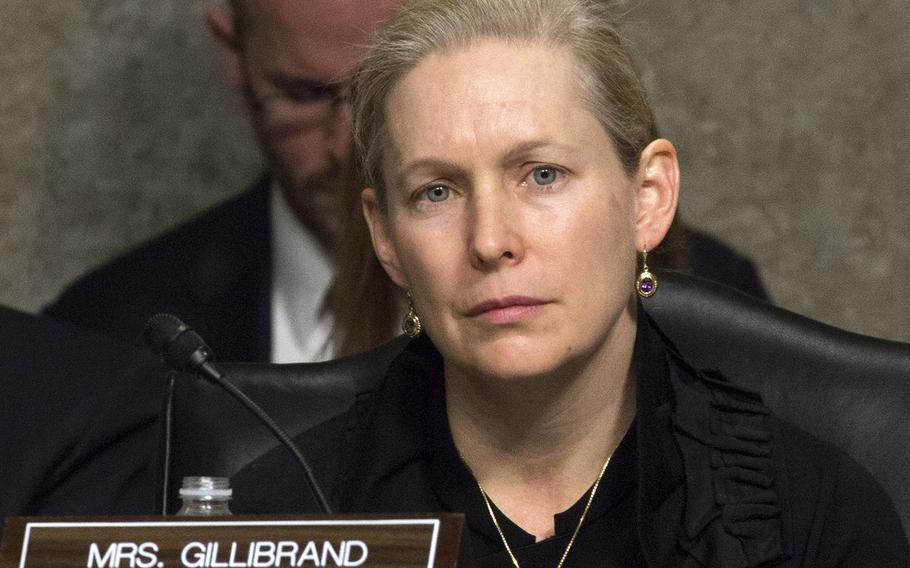 WASHINGTON — Another attempt by Sen. Kirsten Gillibrand and allies in the Senate to take the decision over prosecuting sex assaults away from military commanders was rejected during a key vote Tuesday.

The controversial proposal, which was also sponsored by senators Ted Cruz, R-Texas, and Richard Blumenthal, D-Conn., aimed to give independent military prosecutors authority over taking the cases to courts-martial, but the 50-49 vote failed to draw the 60 supporters needed to attach it as an amendment to the Senate’s annual defense authorization bill.

The vote was another major legislative defeat, following a filibuster last year. Gillibrand says the change in the military chain of command is needed to solve the persistent problem of assaults but many other lawmakers — most notably fellow Democrat and supporter of reform efforts Sen. Claire McCaskill — say it is unneeded amid a raft of reforms passed in the past few years by Congress.

“This culture must change and if Congress doesn’t take its responsibility to hold the Department of Defense responsible nobody will,” Gillibrand said during an impassioned floor speech.

The senator said the rate of retaliation against servicemembers who report sexual assaults has not decreased over the past two years and that commanders, who are responsible for deciding whether allegations are prosecuted, are involved in that retaliation.

The DOD recently said reports of sexual assaults were up 11 percent in 2014 from the year before — a 70 percent spike from 2012. It attributed the increases to more reporting and increased confidence of the military justice system among victims.

However, retaliation is still a widespread problem for many, especially women. A department survey found 62 percent of women who reported a sexual assault also experienced retaliation.

Overall, victims were 12 times more likely to be retaliated against than see the perpetrator prosecuted, according to a study released last month by advocacy groups Human Rights Watch and Protect Our Defenders.

“I’m not one to advocate for major sweeping reform if less will address the problem but what we have been doing has not worked,” Sen. Chuck Grassley, R-Iowa, said.

McCaskill pressed members to reject removing the cases from the chain of command, saying Congress has stripped commanders from the ability to overturn convictions, provided victims with a right to an independent lawyer, and made retaliation a crime.

“Historic reforms have been made that are working based on data,” McCaskill said.

Many more victims are reporting assaults than ever before and surveys of victims found that 82 percent said they felt supported by their unit commander, she said.

Congress has been busy with sex assault reforms. Over the past three years it has added 71 sections of law with 100 new requirements pertaining to the assaults, according to Sen. John McCain, R-Ariz., who opposed Gillibrand’s proposal.

In addition to adding new, unneeded reform, Sen. Lindsey Graham, R-S.C., said it would disenfranchise commanders and incentivize them to pass off the issue to outside military lawyers, instead of taking on sex assault as an issue of good order and discipline in their units.

“If you care about our military commanders listen to them; every single one opposes this,” he said.