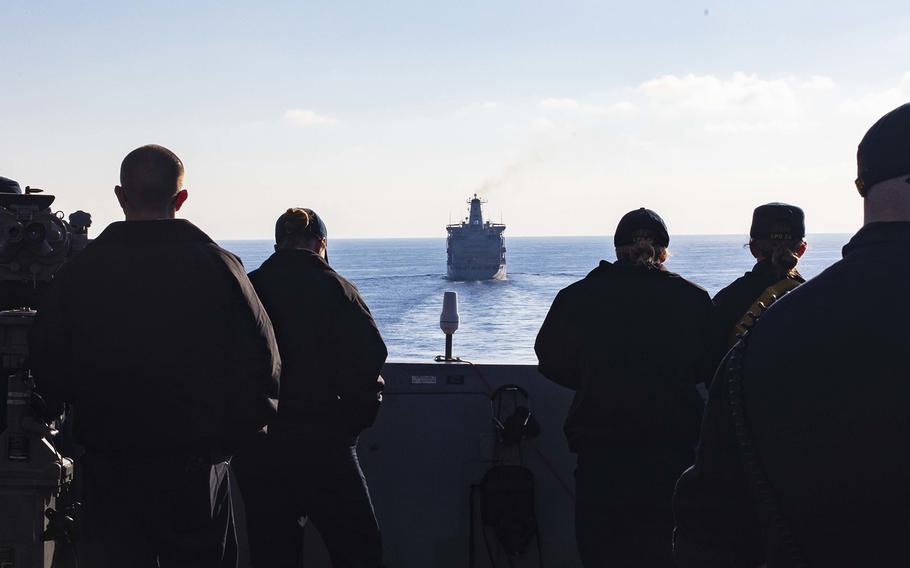 A sailor was found dead Tuesday aboard the USS Arlington, said Cmdr. Kyle Raines, a spokesman for Sixth Fleet.

The name of the sailor and additional information will be released following next-of-kin notification, Raines said Wednesday in a statement. The Naval Criminal Investigative Service is conducting an investigation.

The USS Arlington – part of Naval Forces in Europe and Africa, or Sixth Fleet – is an amphibious transport dock ship deployed earlier this month to the Middle East in response to increasing tensions with Iran.

The Defense Department announced the deployment May 10, along with the White House’s announcement of similar deployments for the USS Abraham Lincoln Carrier Strike Group and a bomber task force, in a warning to the Iranians that any attack on Americans would be met with a military response.

It is unclear where the Arlington was at the time of the sailor’s death.

The Arlington has an unspecified number of Marines, helicopters, amphibious vehicles, and conventional landing craft that could be used in an amphibious assault.