Saffran in Stuttgart gets two thumbs up for Persian cuisine 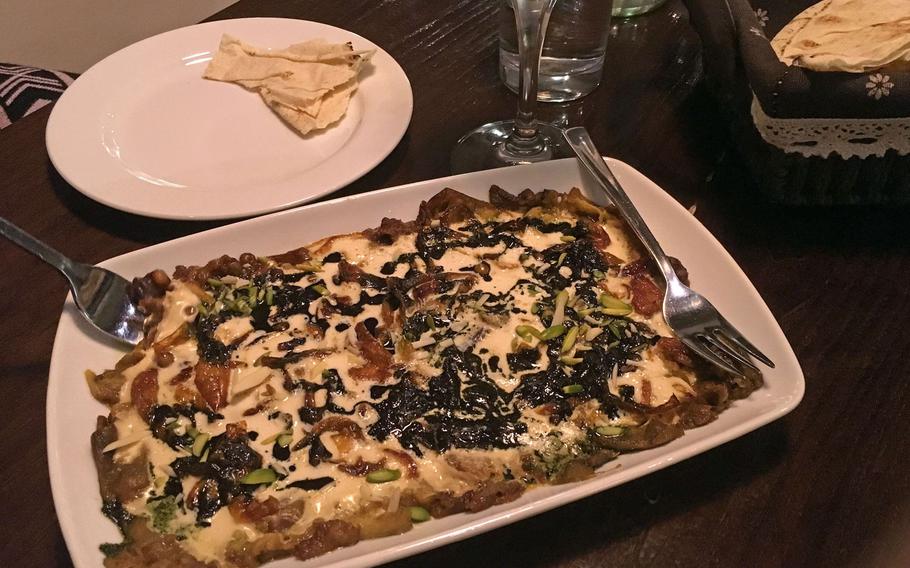 Roasted eggplant and lentils are featured prominently in this appetizer for two at Safran in Stuttgart, Germany. (John Vandiver/Stars and Stripes)

Roasted eggplant and lentils are featured prominently in this appetizer for two at Safran in Stuttgart, Germany. (John Vandiver/Stars and Stripes) 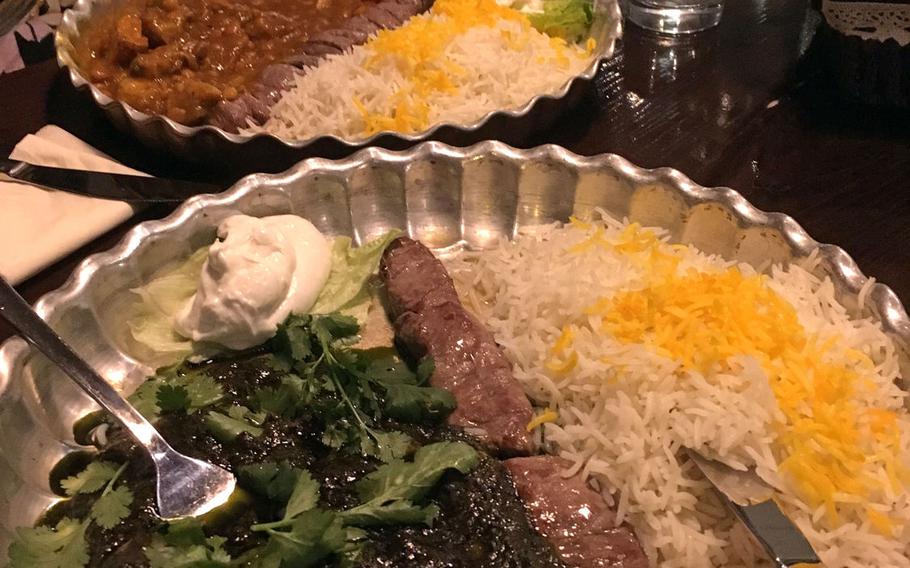 Saffron-flavored rice, lamb and beans served with a sticky sauce is one of the offerings at Safran, a Persian restaurant in Stuttgart, Germany. (John Vandiver/Stars and Stripes) 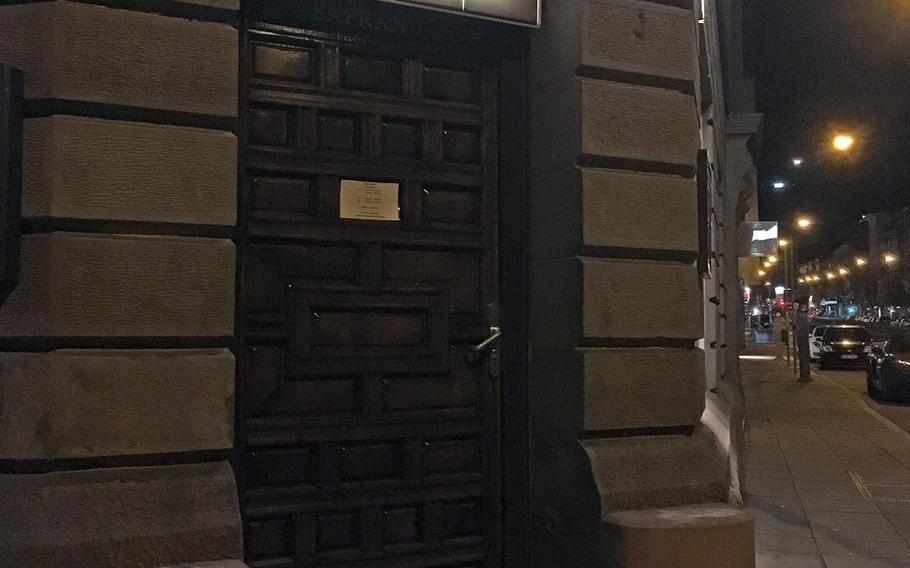 I ordered one of the traditional Persian dishes at the downtown Stuttgart restaurant called Safran. The waitress offered a word of caution: “People either love it or hate it.” The khoreschte gormesabsi, she said, was strongly flavored with fenugreek, an unfamiliar (to me) exotic spice used in Indian, Egyptian and Middle Eastern cuisine. Bring it on, I said. The dish, prepared from grilled lamb, beans, rice and a dark and sticky herbal sauce of fenugreek, tasted something like bitter maple. The first few bites were weird and exciting, but by the fifth, my enthusiasm waned. The flavor began to overwhelm in a way that was less than hate but far from love. I finished my dish as a gastronomic outlier decidedly ambivalent about khoreschte gormesabsi. Safran, owned by an Iranian restaurateur, has been in business in Stuttgart’s west side for about a year. The atmosphere is warm, with dim lighting and an exotic flair.

The menu offers a wide range of grilled meat dishes, not unlike the sorts of kebabs you will find at local Turkish eateries. They are served with saffron rice, which makes sense for a restaurant called Safran. On this outing, we elected to go traditional. Our appetizer was called kaschk-e badenjan — a gooey mix of lentils, roasted eggplant, crumbled pistachios, feta and peppermint. I gobbled more than my share and could have called it a night. Then came my main course — the aforementioned khoreschte gormesabsi — which was interesting, but not something I would order a second time.

My dining partner ordered the khoreschte gheymeh, which featured lamb with grilled eggplant, tomatoes, quince, rice and a dipping sauce. It got a thumbs up.

Add my general approval, and Safran gets two thumbs up for those in search of a culinary curve ball.vandiver.john@stripes.comwww.twitter.com/john_vandiver