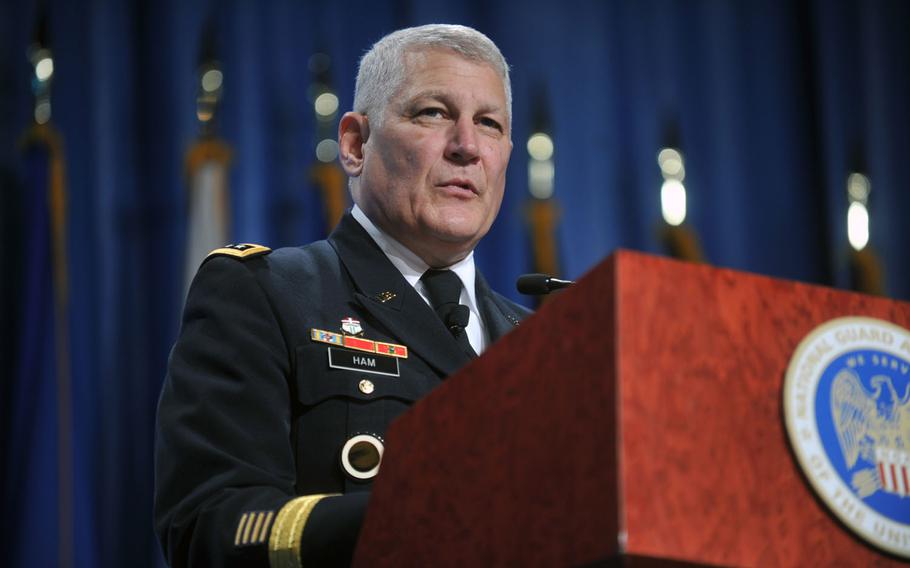 WASHINGTON — The National Commission on the Future of the U.S. Army will be led by retired Army Gen. Carter Ham, the commission announced Tuesday.

The panel, which was created by Congress through the 2015 National Defense Authorization Act, was tasked to conduct a comprehensive study on the organizational structure of the Army as the service shrinks due to fiscal constraints and the winding down of the war in Afghanistan.

The commission will look at the structure and size of the force, determine the proper balance between the active and reserve components, and analyze how policies will affect mission requirements.

The group has been instructed to present its findings to President Barack Obama and the congressional defense committees no later than Feb. 1, 2016.

Commission members were appointed by Obama and the leaders of the House and Senate Armed Services Committees.

Ham, the former commander of U.S. Africa Command, will be the group’s chairman. Thomas Lomand, former Assistant Secretary of the Army for Manpower and Reserve Affairs, will serve as vice chairman.

Other members of the panel: