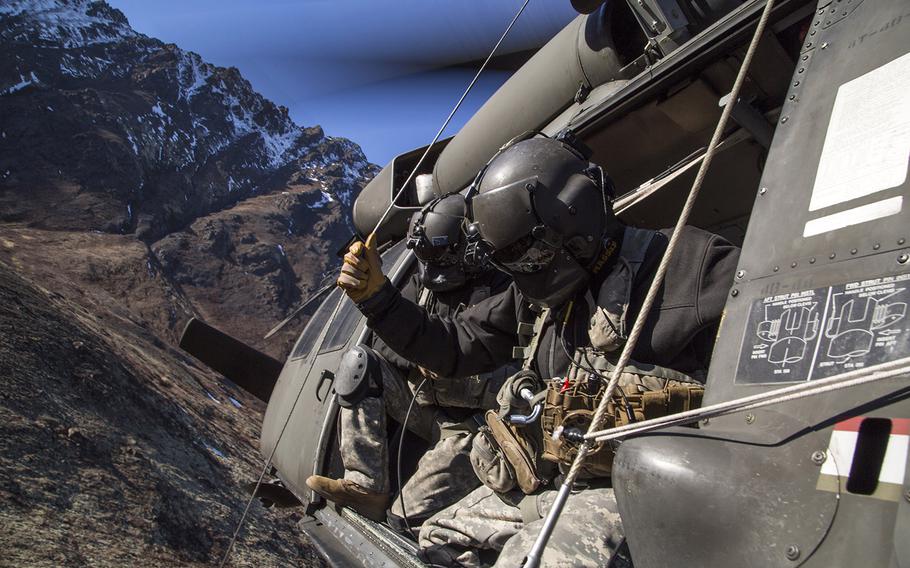 On the eve of Veterans Day, the Senate passed a bill with language to grant “honorary” veteran status to as many as 200,000 Reserve and National Guard retirees — those not deemed veterans now because they lack a qualifying period of active service under federal orders.

The House is expected to adopt similar language soon, either by passing a standalone bill from Rep. Tim Walz, D-Min., the Honor America’s Guard-Reserve Retirees Act (HR 1384), or by mirroring Senate action, that is, adding language to give these retirees veteran status as part of a larger catchall bill of veteran initiatives.

Both the Senate-approved language and the House bill would make clear that bestowing veterans’ status on this category of retiree would not in any way expand their benefits beyond what federal law now allows. How states view them for state-provided benefits already varies state-to-state.

The Senate approach, as set down in Section 701 of the 21st Century Veterans Benefits Delivery Act (S 1203), seeks to avoid benefit creep from the status change by directing no change to Title 38 of the U.S. Code, the statute that defines all federal veterans’ benefit and individual eligibility.

So if the House accepts the Senate language, Guard and Reserve retirees who seek proof that they are veterans won’t find the words in Title 38 itself but instead in its legal “notes” that help explain vet benefit laws.

That, at least, is how the general counsel for the Senate Veterans Affairs Committee explained to staff this more cautious approach to granting veteran status to Guard and Reserve retirees who lack active duty time.

The House bill, however, would amend Title 38 but with a few added lines of “clarifying” language that the honored retiree “shall not be entitled to any benefit by reason of this section.”

Impacted retirees are those who left service without a DD-214 or Certificate of Release or Discharge from Active Duty. Though they had 20 or more “good” years of drill points earned on weekends and through annual training, they were never called to active duty.

The cautious approach taken in modifying veteran status here reflects a deep worry held by some lawmakers that Reserve and Guard retirees, once given veterans status and as Congress turns over, will press to win more benefits and, in time, the same benefits as other veterans. Organizations advocating for these retirees have vowed not to lobby for such changes.

The intent, they insist, is only to properly honor the contribution career Guard and Reserve personnel make toward defending the nation. Many of these retirees report being surprised to learn they aren’t legally veterans.

“I bet there weren’t ten people in America who [knew] these guys weren’t veterans,” said Walz in an interview to discuss progress on his bill.

Guard and Reserve members without active duty still do earn some veterans benefits, which might explain why so many are surprised they lack veteran status, said Bob Norton, deputy director of government relations for Military Officers Association of America. Many are eligible for VA home loans, Reserve Montgomery GI Bill and, if entitled to retired pay, also burial in a VA or national cemetery.

Military associations and vet organizations have locked arms in supporting the change. Aleks Morosky, deputy legislative director for Veterans of Foreign Wars, told a House subcommittee in June that many retirees now denied vet status supported “deployments of active duty comrades” by ensuring their own units were ready when called. They are entitled to retired pay, TRICARE and other benefits and deserve the recognition still denied them by “the letter of the law,” Morosky testified.

But at the same hearing, David R. McLenachen, acting deputy under secretary for VA disability assistance, argued that extending veteran status to all reserve retirees will “confuse” the traditional definition of veteran.

Though reserve components “admirably served this country and in recent years have played an important role in our nation’s overseas conflicts,” McLenachen said, the VA opposes extending “veteran status to those who never performed active military, naval or air service, the very circumstance [that] qualifies an individual as a veteran.”

The House will pass his bill, Walz said confidently. It did so in previous years with only the Senate blocked the change. Only weeks ago, Senate armed service committee conferees, in negotiating final details of the fiscal 2016 defense authorization bill, rejected a back-door attempt by Walz and House colleagues to enact his bill language as part of that critical legislation.

But Sen. John Boozman, R-Ariz., who had introduced a companion bill in the Senate, joined with a few colleagues to find the compromise that would satisfy Senate opponents: allowing honorary veteran status without codifying the change in the veteran benefit statute.

“We have written this thing with the best lawyers to get it as tight as possible,” he said of his bill. “It truly is what I say,” a show of “respect for those people who get their 20 years.”

Lack of veteran status, he said, is a frustration for these retirees.

“I have older friends who fall into this and they’re embarrassed. I’ve seen some of them, when they are called veterans, they find they need to do the honorable thing [and say] no, they’re retired Army but not veterans.”

Walz is a retired Army National Guard command sergeant major. He also served overseas in support of Operation Enduring Freedom and is a veteran. Many retirees who aren’t veterans, he said, would have had more opportunity to deploy if they had served in a different era.

“I had some of the best soldiers, the most honorable people, the best trainers. They would have gone anywhere their country asked, and I am sure would have served heroically. They trained us! Then they didn’t get deployed and now they have gone to this category, and I feel for them.”

The Senate vote, Norton said, is “a very nice win after years of pushing” by retirees, military associations and veteran groups.

The House now only has to pass the Walz bill, again, or toss it into an omnibus bill of vet initiatives, and then be ready to reconcile its language with the more cautious approach the Senate embraced.