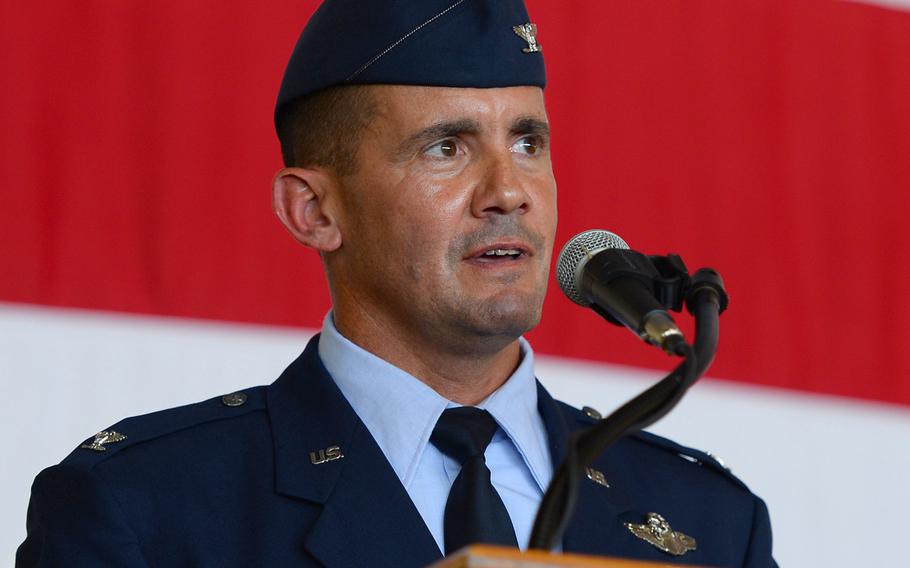 AUSTIN, Texas –- Following an Air Force investigation that led to the firing of three commanders, new leadership at Laughlin Air Force Base in Texas said they are working to make all personnel feel accepted and respected.

Col. Lee Gentile, who took over the 47th Flying Training Wing following the Oct. 31 firing of the previous commander Col. Charles Velino, said leaders are working to “create a culture shift” at the Del Rio, Texas, base.

Absent and unsafe leadership and poor oversight of alcohol consumption at unit-sponsored events were cited as part of the training wing’s troubling recent history, according a newly released report by the Air Force’s Air Education and Training Command. The 47th training wing’s root issue for officer misconduct was described in the Dec. 20 report as “leadership improperly assessing the environment and missing opportunities to establish a culture of dignity and respect.”

Col. Robert Pekarek, the operations group commander, and Lt. Col. Tom Allen, a flying training squadron commander, were fired alongside Velino on Oct. 31 based on the findings of the investigation, which is dated for the same day. Each of the officers still serves in the Air Force in non-command positions, officials confirmed.

“We have developed a wing-wide professional development plan that includes subject matter experts speaking on a wide range of topics ranging from violence prevention to sexual assault awareness and response to relationship building to understanding the importance of taking safety precautions in all aspects of our daily lives,” Gentile said in an emailed statement. “Also, individual commanders have hosted commanders’ calls to discuss key aspects of fostering and protecting a culture of dignity and respect.”

It does provide a brief description of unsafe supervision of drinking at two unit events – a piano-burning ceremony, which is not further described, and a naming ceremony, when new pilots receive their call sign nicknames.

During the naming ceremony, students were given calls signs while drinking shots of liquor, the San Antonio Express News reported. One female pilot was reportedly given a vulgar name. Kwast told the San Antonio paper it was that incident that led to him ordering the investigation.

Meanwhile, the report stated Velino was absent on the job, because he participated in flying upgrade and command training after taking on the command role. During his first six months as commander, he spent four and a half months at pilot instructor training at Joint Base San Antonio. This did not allow him to set expectations or learn about the challenges and opportunities within the 47th, the report said.

Investigators listed 19 recommendations to improve the organizational and training culture, institutional policies, the leadership environment and oversight, and barriers to reporting for students and instructors. The recommendations range from embedding various learning methods in the course syllabus to developing an anonymous feedback and reporting tool.

“Senior leaders have accomplished an in-depth review of various policies and made various changes in order to set the appropriate conditions for a work environment where our students, enlisted force, officer corps and civil servants feel respected, protected and connected,” Gentile said. “We will continue to aggressively work through and implement each of the recommendations from the investigation.”