Report: Army to phase out testing nerve agents on monkeys 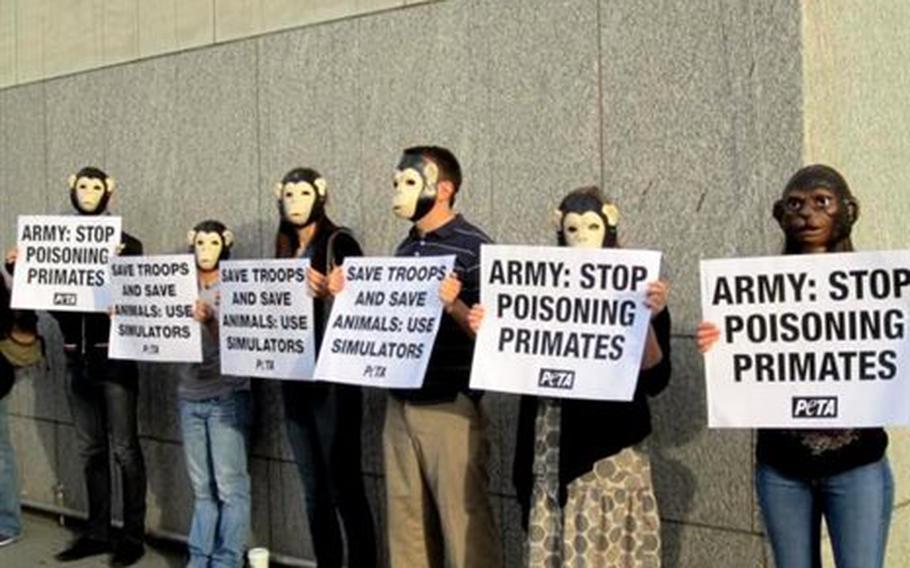 Bowing to pressure from animal rights groups and a member of Congress, the Army has decided to phase out testing nerve agents on monkeys, the Washington Post reported.

Instead, the Army is expected use actors and high tech simulators by the end of the year, the newspaper reported on Friday.

U.S. Rep. Roscoe G. Bartlett, R-Md., had been pushing the Army to end the practice of using monkeys as test subjects.

&ldquo;I&rsquo;m very pleased they&rsquo;re phasing it out,&rdquo; Bartlett told the newspaper. &ldquo;If you want to see the reaction a live animal has, you can show a film of it. You don&rsquo;t have to repeat it over and over. There are lots of technologies they can use instead.&rdquo;

More at 'Army to phase out animal nerve-agent testing' from the Washington Post.