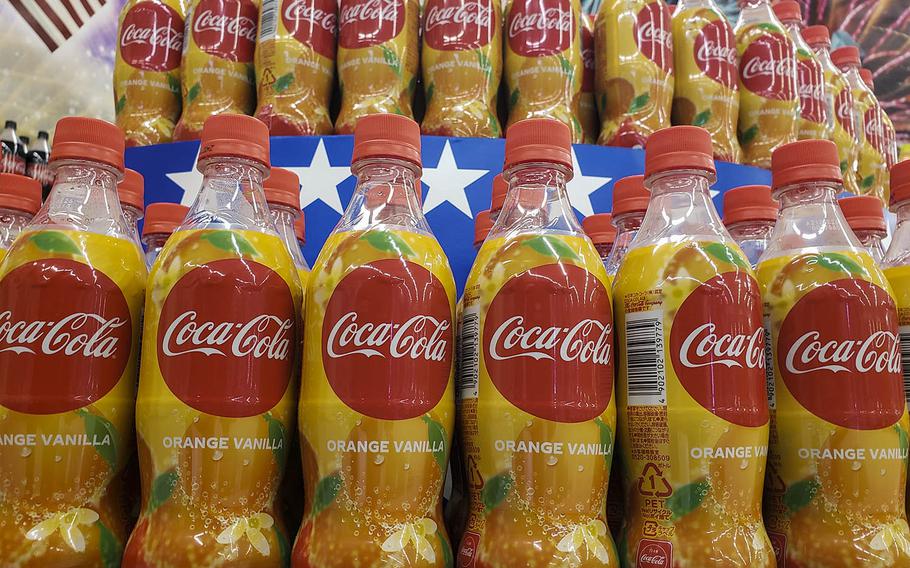 Remember the summer sound of an ice cream truck, a crumbled dollar exchanged for a Creamsicle and the refreshing, mellow flavors of orange and vanilla hitting your taste buds?

That’s the memory triggered by my first sip of Coca-Cola’s Orange Vanilla soda.

First released in Canada in 2018, Orange Vanilla Coke made its way to the United States and became available June 15 in Japan. It’s available for a limited time only, although Coke in a press release left the end date open, as it typically does when it brings a special flavor to market.

“Coca-Cola Orange Vanilla combines the delicious flavors of Coca-Cola with the flavors of orange and vanilla, which are popular with Japanese people,” the company said on its Japanese website. “You can enjoy a refreshing feeling perfect for the coming season.”

Like its predecessor Strawberry Coke, which arrived early this year, Orange Vanilla Coke is available at base commissaries. At Yokota Air Base in western Tokyo, a 12-ounce bottle sells for 84 cents, a discount on the $1.30 equivalent price in Japanese retail outlets.

“It’s been selling well,” grocery manager Andre Reid said June 19. “About as well as other new items they [Coca-Cola] introduce.”

Jerome Ray, a military spouse at Yokota, is a Coke aficionado.

“In the four years I’ve been here I’ve tried everything from Peach Coke, Coke Clear, Vanilla Float, and even Coke Coffee,” the Houston native wrote June 19 on Facebook. “This newest iteration is easily one of the best!”

Coke CEO James Quincey last year told MarketWatch that special flavors like Coke Zero and Orange Vanilla can pump up retail sales by 6% in some markets.