Ramstein reloads for a chance to defend title 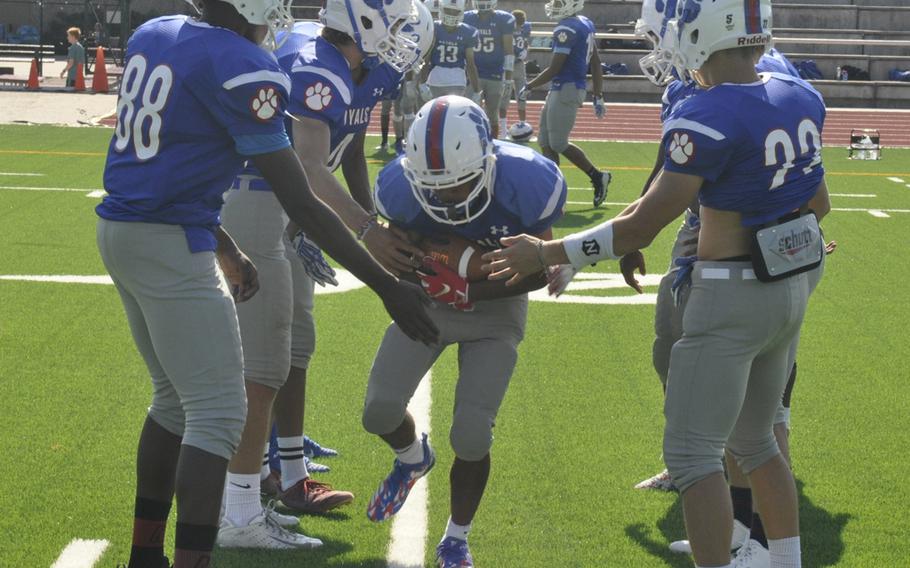 Buy Photo
Ramstein defenders attempt to strip the ball from a ballcarrier in a preseason practice drills Friday, Aug. 23, 2019, at Ramstein Air Base. The Royals hope to repeat as DODEA-Europe Division I champions after an undefeated 2018. (Gregory Broome/Stars and Stripes)

Buy Photo
Ramstein defenders attempt to strip the ball from a ballcarrier in a preseason practice drills Friday, Aug. 23, 2019, at Ramstein Air Base. The Royals hope to repeat as DODEA-Europe Division I champions after an undefeated 2018. (Gregory Broome/Stars and Stripes) 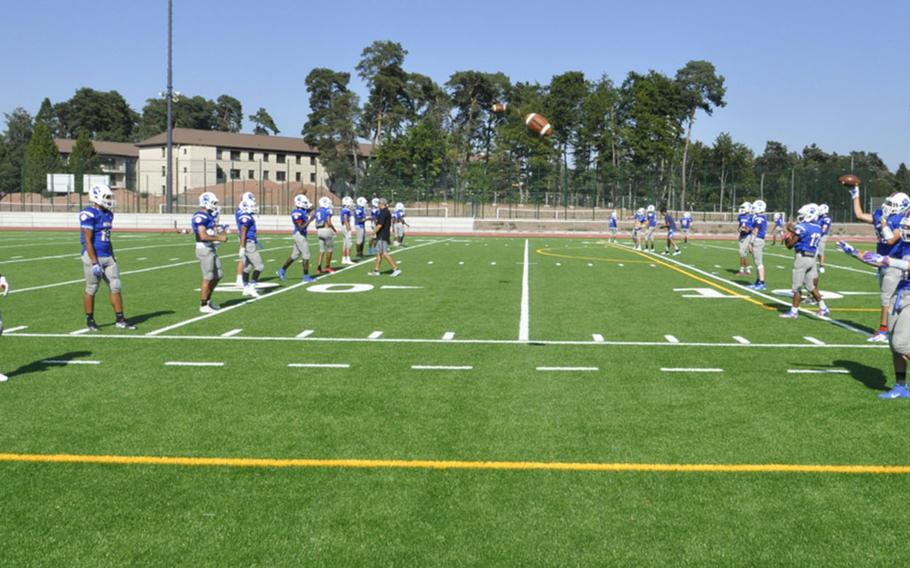 Buy Photo
Ramstein Royals players toss balls back and forth on the team's new football field Friday, Aug. 23, 2019, at Ramstein Air Base. The new field and accompanying lights will allow the program to play Friday night home games after years of Saturday afternoon action. (Gregory Broome/Stars and Stripes) 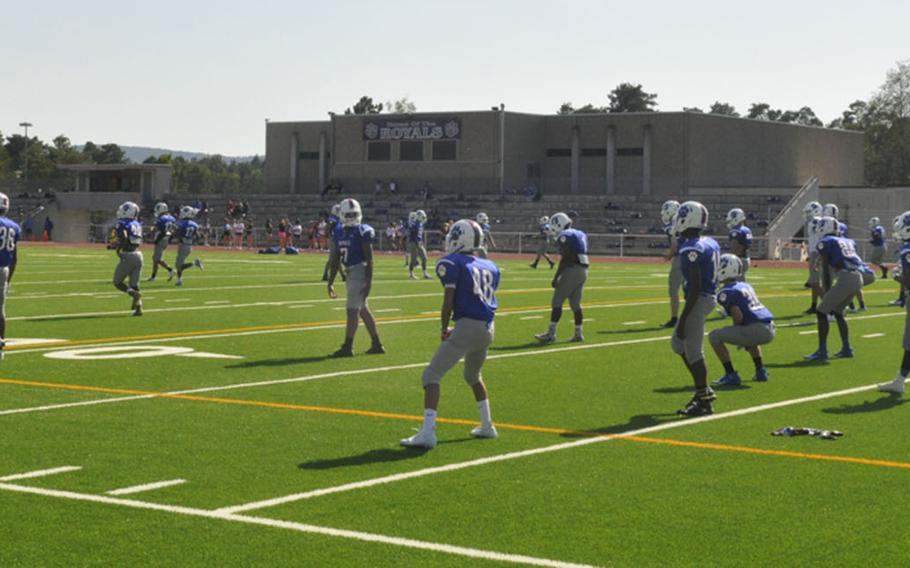 Buy Photo
Ramstein Royals players warm up for a preseason practice Friday, Aug. 23, 2019, at Ramstein Air Base. The team reported 60-plus players for the fall camp, down from its previous heights but still on the high end for Division I squads. (Gregory Broome/Stars and Stripes)

First in a series of DODEA-Europe high school football previews.

The Ramstein football machine is operating at high efficiency as another fall season approaches.

The Royals enjoyed one of the most overwhelming of their many recent championship seasons last year, cruising undefeated through the regular season and posting lopsided victories in each of their two postseason games. This year’s group has the potential to add to the crowded Royal trophy case.

But among the most reliable of Ramstein’s gridiron traditions is the program’s avoidance of grandiose preseason predictions. Even after one of the more thoroughly dominant championship runs in recent DODEA-Europe, head coach Carter Hollenbeck avoided the hubris in favor of a hard-nosed approach to a fresh challenge.

Hollenbeck reported a turnout of more than 60 potential Royals for camp, down from previous seasons but still very robust by DODEA-Europe standards. Among that group are a handful of standout holdovers, including dynamic running back Dom Arizpe, sturdy lineman Logan Ridenbaugh and ace kicker Austin Grimes.

Ramstein will rely on its proven developmental process to fill out the squad around that foundation. Rising players who got a taste of top-level action last fall will be expected to step into full-time starting spots this year.

“The young guys matured and are back, ready to go,” Hollenbeck said. “It’s their turn to step up and play.”

While much has remained consistent with the reigning champions, there’s one very welcome change at Ramstein.

The Royals will play this fall on a long-awaited new field, a modernized gridiron similar to recent installations elsewhere in Division I. The new field, located on the same footprint as the well-worn grass rectangle that hosted many of DODEA-Europe’s most memorable football moments, will also bring a new dimension to the program: lights, and the opportunity to replace Saturday afternoon games with the classic Americana of Friday night football.

“We’re excited about that,” Hollenbeck said.

With a mix of winning tradition and new possibilities, there’s a lot for the Royals to be excited about this fall.