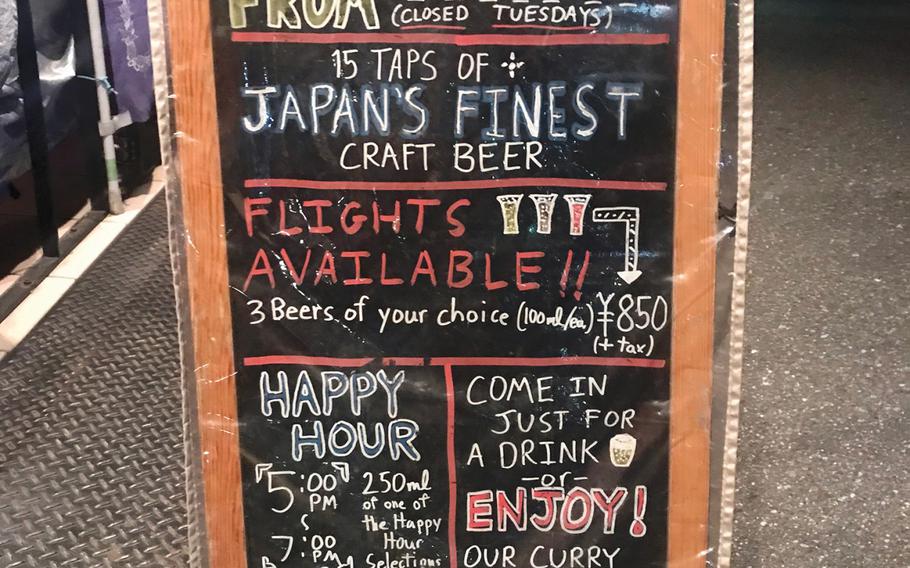 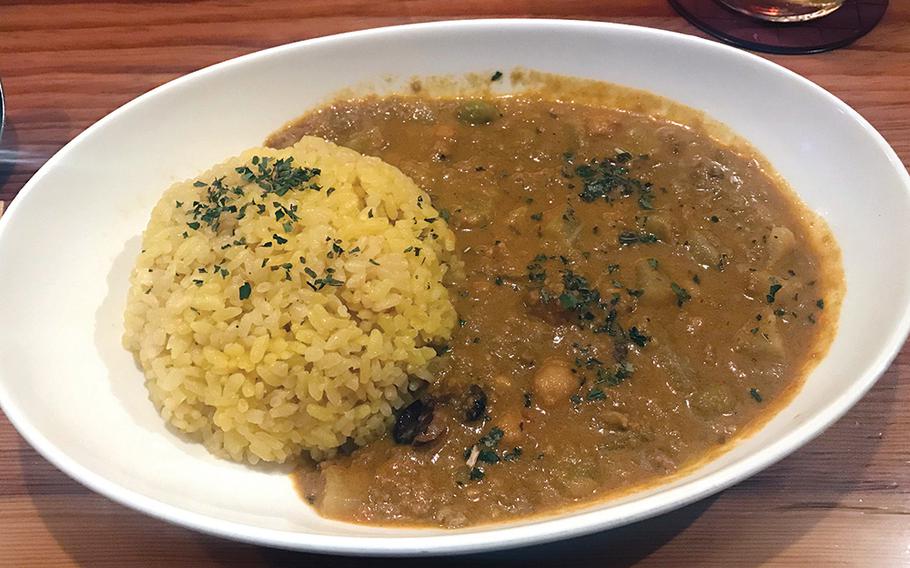 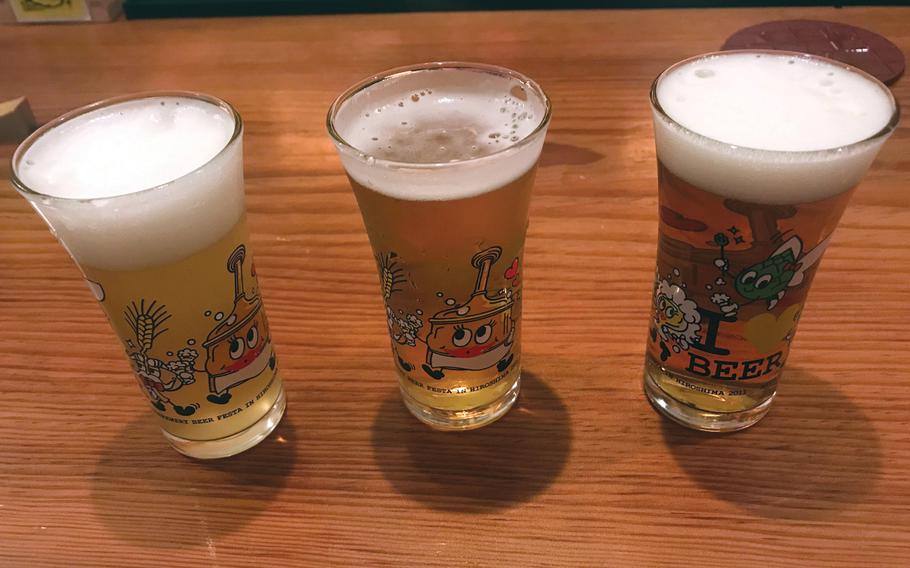 Buy Photo
Raku Beer in Hiroshima, Japan, has a variety of craft beers from IPAs to stouts on tap. (James Bolinger/Stars and Stripes) 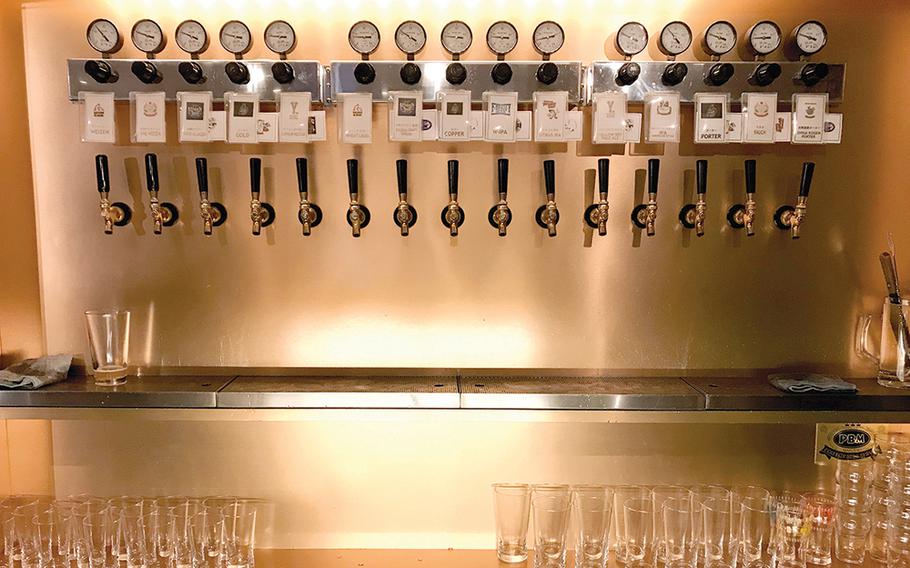 Iwakuni, the city that lends the nearby Marine Corps air station its name, is a wonderful place to live, but it lacks one thing: a pub-style establishment with a large selection of craft beer.

Luckily, Raku Beer, a small restaurant just 1¼ miles from Hiroshima Station, is a perfect weekend getaway for a quick bite and 15 Japanese craft brews on tap.

Hiroshima is about 45 minutes north of MCAS Iwakuni by train, and a 1,000-yen taxi ride from the south exit of the station to Raku Beer takes about eight minutes.

Inside, you’re met with a softly lit interior, English menus and a bartender that hails from the good old USA.

The restaurant’s proximity to Hiroshima’s Peace Memorial Park means it attracts a multicultural clientele. The park marks ground zero for the first atomic bomb ever deployed during war time.

Raku has everything from Hefeweizen and pale ales to India pale ales and stouts, all of which looked good coming out of the tap.

I settled for a Hefeweizen from Daisen G Beer, a wheat king wit from Baird Brewing, and my favorite, the Mugamuchu, an Imperial IPA from Shiga Kogen Beer.

I love IPAs, but the Mugamuchu is special. Smooth, hoppy and not overly carbonated, this IPA has all the flavor without the after effect of leaving me feeling full after the first one. It’s easily one of the top 10 beers I’ve ever had and is hands down the best IPA. I would drink this every day, and it would be a hit at any restaurant or bar stateside.

The least expensive option is the Sorachi 1984 golden ale from Sapporo Beer, at 1,050 yen a pint. The most expensive is the Shitatenage Double IPA from Ushitora Brewery at 1,650.

All the beers are offered in smaller 10-ounce glasses for an average of 550 yen, or $5 less per glass.

Raku offers patrons a variety of cuisines, from Japanese-style curry and fish and chips with malt vinegar, to fried pickles, fried Camembert cheese and personal pizzas. They also have a flower-shaped Bologna sausage that the menu claims is a Hiroshima favorite.

On the bartenders’ recommendation, I tried the curry. It is made from scratch with fresh, local ingredients, which means that every day it’s different, depending on what is available.

It was full of potatoes, peas and minced pork paired with locally sourced rice. It cost 880 yen, and while not as spicy as I would prefer, it was still very tasty.

My other go-to dish here is the fish and chips, which comes in two sizes: a small plate for 650 yen and a large plate for 980 yen.

The batter for this white fish is thin and crispy and it pairs well with the malt vinegar you get to dip it in.

Both dishes were complemented by the Mugamuchu, but would pair well with any of the beers I’ve had here.

Raku Beer is not a large restaurant and can get busy around dinner time, but I’ve always been able to get a seat at the bar. There are a small number of tables that seat two to six people.

Directions: A 20-minute walk, about 1 ½ miles, from Hiroshima Station, between the Peace Memorial Park and the Nagarekawa district. Taxis and buses are available from the station.