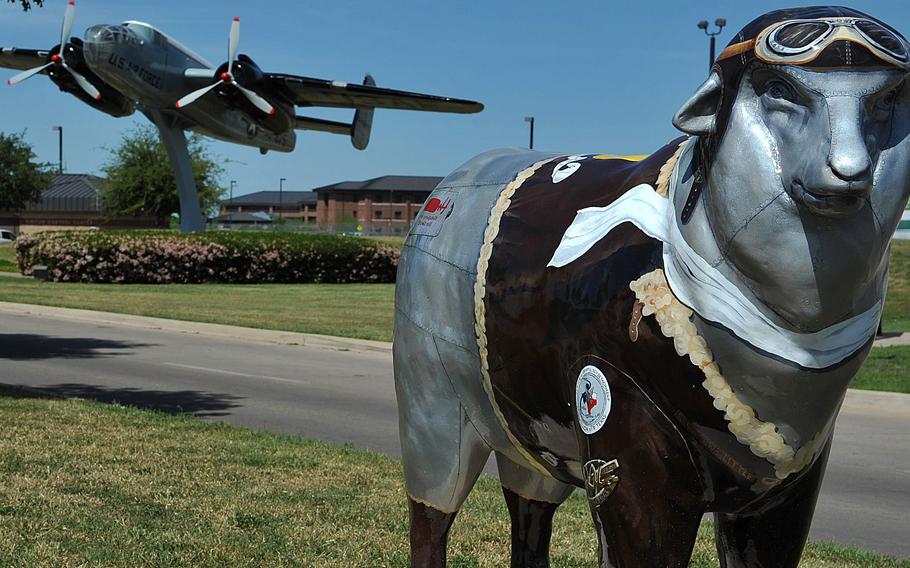 A draft report calls for building temporary structures at Goodfellow Air Force Base in San Angelo, Texas, to serve as living and sleeping quarters for up to 7,500 children and additional work facilities for up to 7,500 U.S. Department of Health and Human Services employees on 70 acres of the 1,235-acre air base. (Facebook)

AUSTIN, Texas — Making room for up to 15,000 immigrant children and support personnel on Goodfellow Air Force Base would have no impact on its operations or protected natural environment, according to an assessment released July 6 by the base’s 17th Training Wing.

The draft report calls for building temporary structures to serve as living and sleeping quarters for up to 7,500 children and additional work facilities for up to 7,500 U.S. Department of Health and Human Services employees on 70 acres of the 1,235-acre air base. Shelter operations could last for 180 days after children arrive.

While the plan does not include a timeline to begin the process, it projects it would take 30 days to complete. After that, children and HHS employees could arrive in weekly waves of 1,000 each.

In late June, the Department of Homeland Security formally requested that the Defense Department find space for up to 12,000 beds on military installations. A month earlier, the HHS Administration for Children and Families had begun eyeing military installations as an alternative to house children since its typical facilities don’t have the capacity to handle all those in its care.

HHS has more than 11,800 children, according to its website. That includes minors who crossed the border alone — the population expected to be housed at Goodfellow — and those who were separated from their families during the Trump Administration’s “zero tolerance” immigration policy that led to parents being arrested despite seeking asylum.

That separation policy has since ended, and Homeland Security is looking to house detained families together at Fort Bliss near El Paso. A similar assessment is underway there, said Army Lt. Col. Jamie Davis, Defense Department spokesman.

A memorandum for each base is also in the works, he said. Once these are completed, perhaps within the next week, Davis said, the collaborating agencies can sign off on the plans and the process could move forward.

From there, groundbreaking would occur within six weeks, he said.

Costs for the plans are not yet available.

Located near San Angelo in west Texas, Goodfellow has a population of about 5,500. Airmen, soldiers, sailors and Marines train there at joint schools for intelligence, surveillance and reconnaissance, and fire protection.

It’s the largest employer for residents of San Angelo.

While the city stands ready to support whatever happens at Goodfellow, officials are looking into what the influx of people could do to current low water levels, said Anthony Wilson, city spokesman. On Monday, the city announced it is at a 25-month water supply. Should levels drop to 24 months, the city will enter phase one drought restrictions.

Goodfellow receives its water from the city and would be required to adhere to the restrictions, which include 5 percent increase in billing.

“It’s a matter we’re giving careful assessment to and discussing with federal officials,” Wilson said. “We are relying on the Defense Department and HHS to give us some idea about how much water may be needed.”

The last time San Angelo, which sits on the edge of the Chihuahuan Desert, entered this level of drought was in 2013.

Looking into the plans, the Air Force would be responsible for access to utilities and temporary generators, as well as sufficient support structures and the tents, preparing the area for construction and security fencing to separate the temporary facilities from other areas and functions of the base.

In case of an emergency or natural disaster, Goodfellow would be required to transport the children to safety.

HHS would be present onsite and would provide all care, supervision, meals, clothing, medical services, transportation and other daily needs of the children, according to the report.

HHS employees will stay in hotels and access the base to work in 12-hour shifts via bus or carpool, the report said. To allow HHS employees to enter and exit more easily, a gate will be built on Old Eola Road.

With limited hotels available in San Angelo, some of these employees could be staying up to 90 miles away. Other cities assessed for room availability include Abilene, Brownwood and Sweetwater.