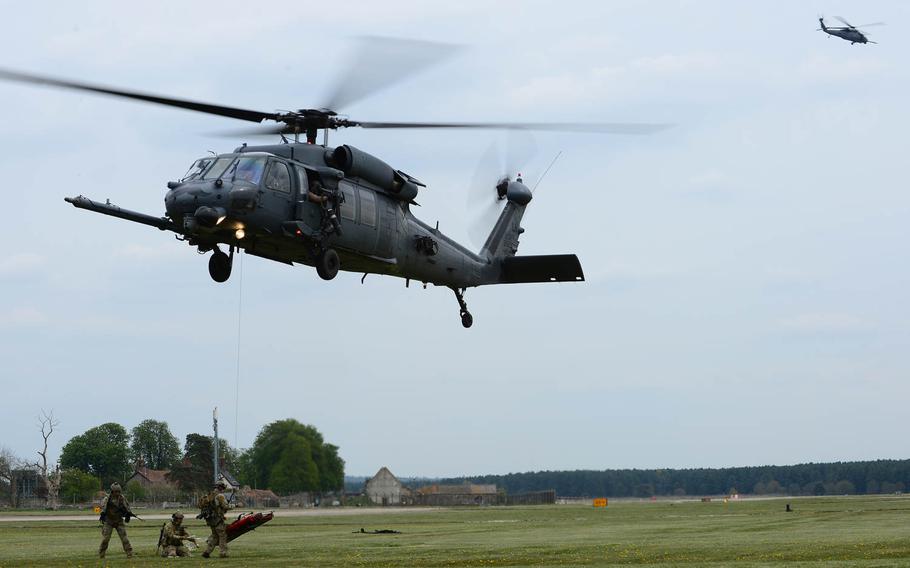 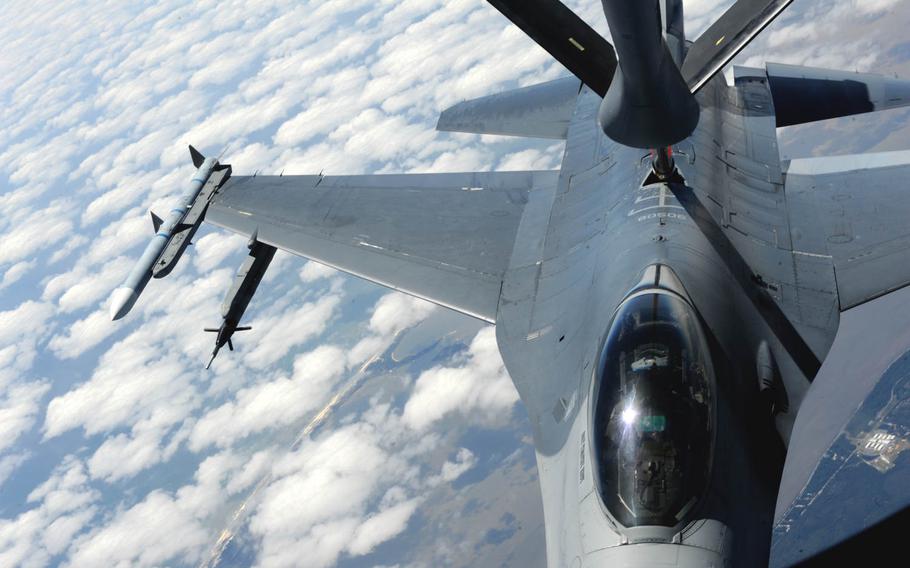 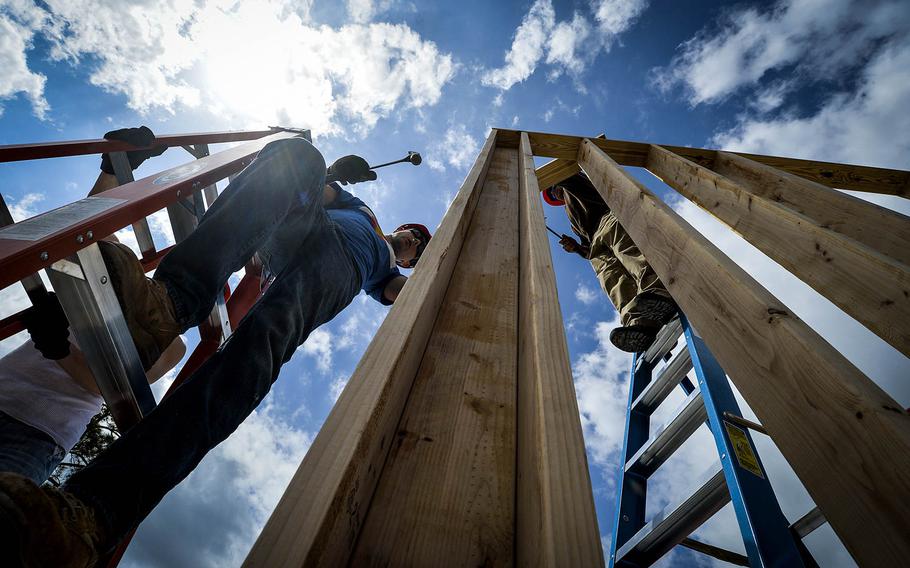 Volunteers from the 823rd RED HORSE Squadron help build a house for a wounded warrior in Destin, Florida, on Friday, April 18, 2014. The house is being built for Master Sgt. Joe Deslauries, Air Force Special Operations Command Explosive Ordinance Disposal program manager, who lost both legs above the knee and left arm at the elbow, during a combat mission in Afghanistan. (Christopher Callaway/U.S. Air Force)