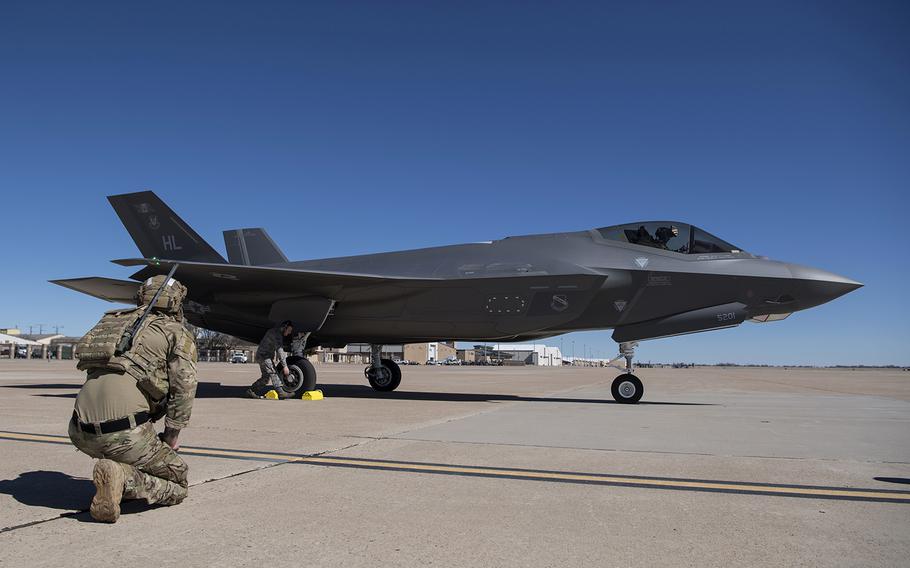 WASHINGTON — The Pentagon said Thursday that it will not halt training for Turkish pilots flying the F-35A Lightning II fighters that country has purchased even as the United States threatens to expel its ally from the advanced jet program over its intentions to purchase a Russian missile defense system.

The F-35 training, which started last year at Luke Air Force Base in Arizona, “will continue,” the Pentagon’s acting chief spokesman Charlie Summers told reporters. His announcement came just one day after Vice President Mike Pence warned the Turks would be kicked out of the F-35 Joint Strike Fighter program and even risked expulsion from NATO should they move forward with plans to buy the S-400 system from Russia.

“This issue with the S-400 is a very serious issue,” Summers said. “Should they accept the S-400, that would definitely affect the F-35.”

At issue are fears among U.S. and NATO officials that the S-400’s radar system could learn how to detect and track the stealthy jets when they operate closely within Turkey. That would decrease the F-35’s usefulness as a weapon to penetrate Russian air defenses in the case of a war against the adversary.

Turkey, however, has publicly rejected American calls for it to choose the Patriot over the S-400. Turkey’s Foreign Minister Mevlut Cavusoglu, speaking Wednesday at the Atlantic Council think tank in Washington, said the Patriot would take too long to acquire.

Turkey has ordered 100 F-35A aircraft, according to the Pentagon. This week, the third of Turkey’s F-35s was delivered to Luke Air Force Base. Defense officials said Turkish pilots’ training in Arizona would not need to be disrupted because the F-35 would only be threatened if it came in close proximity to the S-400.

Turkey is also a production partner for the Lockheed Martin-built jet, building parts of the jets’ fuselage and cockpit. But the country also risks losing its manufacturing role for the F-35, if it purchases the Russian equipment. The Pentagon said this week that it was developing alternative sources for those parts to be produced, if necessary.

Top American military officials have testified the F-35 and the S-400 are not compatible and the United States cannot allow delivery to Turkey of those fighter jets if it does acquire the Russian system.

Air Force Gen. Tod Wolters told Senate lawmakers this week that Turkey should not be allowed have both systems. Wolters leads the Air Force in Europe and Africa and has been nominated to replace Army Gen. Curtis M. Scaparrotti in the dual role of U.S. European Command chief and NATO supreme allied commander in Europe.