Pentagon: Policies in place to protect troops, even as Ebola spreads in US 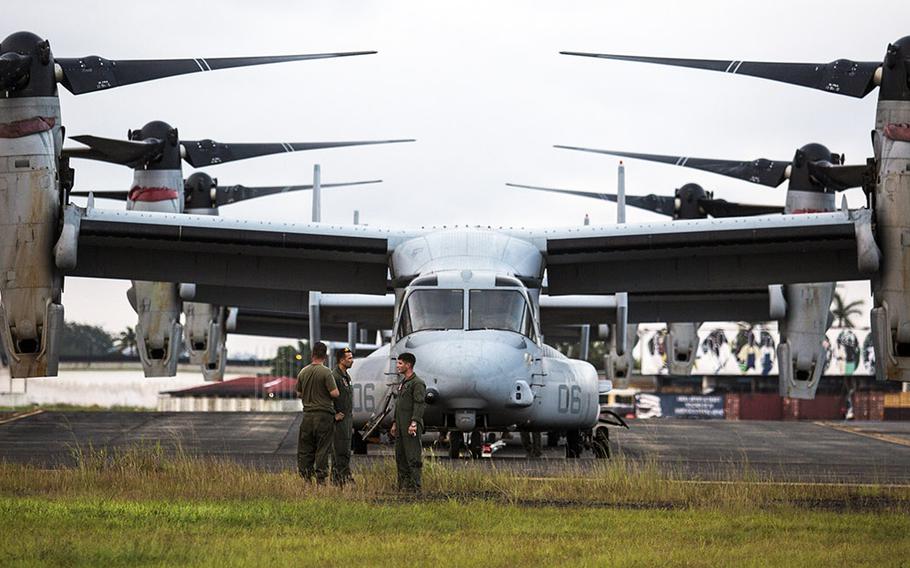 WASHINGTON — The Pentagon is confident it has measures in place to protect thousands of troops sent to Liberia to help combat Ebola and protect their families when they return, even as doubts have emerged about civilian protocols after two health care workers have tested positive for the disease in Dallas.

Troops returning from Ebola-stricken zones in Africa will be scrutinized twice — once by commanders and once by medical personnel — and those with high disease exposure risk will be quarantined for three weeks, according to a new Pentagon policy memo.

The Oct. 10 memo from Jessica L. Wright, undersecretary of defense for personnel and readiness, sets guidelines for pre-deployment training of Defense Department personnel, health monitoring while on deployment and requirements for returning troops and DOD civilians.

Defense leaders have repeatedly promised that thousands of troops headed to Liberia in coming weeks to fight the outbreak won’t be in contact with Ebola patients.

On Wednesday, Maj. Gen. Darryl Williams, commander of the mission, said that as a result, most troops faced “very low to no risk” from infection. Troops are kept separate from infected people, avoid direct contact with any locals and pay assiduous attention to hygiene, he told Army officials and reporters via Skype from Monrovia, Liberia.

More than 500 troops are now in Liberia, Williams said, providing engineering and construction assistance to build treatment units around that country. A handful are working in five mobile blood testing labs that he said are helping to quickly determine which Liberians need to be isolated and which local people can return to their normal lives. Four more labs will soon be set up, he said.

“This subject is so important that we issued the guidance because we want to make sure everyone is looking at this from the same sight picture,” said the official, who is unauthorized to speak publicly about the guidance.

A researcher who works directly with the Ebola virus, David Sanders, an associate professor of biology at Purdue University, said the military must err on the side of caution when training troops, just as he does when training his lab assistants.

Transmission of Ebola is fairly well understood, Sanders said, but recent infections of health care workers in the United States show how difficult it can be to correctly follow safety procedures.

Dr. Tom Frieden, head of the Centers for Disease Control, acknowledged Tuesday that the government was not aggressive enough in managing Ebola and containing the virus as it spread from an infected patient to a nurse at a Dallas hospital.

“I would urge both the authorities and every individual soldier to demand rigorous training with the protective equipment,” Sanders said.

Officials from the Army Medical Research Institute of Infectious Diseases at Fort Detrick, Md., have been training troops in the use of protective equipment.

Although the military may plan for no contact with patients, conditions in disease outbreaks can be unpredictable, making military contact with infected people a possibility, Sanders said. And as the outbreak proceeds, the military might need to change its plans for how military troops will be used.

The guidance lays out four levels of predeployment training. The lowest, Level 1, includes basic information about the disease and how to avoid it, information about symptoms, and procedures for correctly donning and removing personal protective equipment — the suits designed to stop the virus.

Level 2 adds training in non-lethal force protection methods and training in exercising judgment about when personal protective equipment is necessary.

Level 3 training is primarily for medical personnel and those who might have to come in contact with bodies or infected individuals — whether U.S. or local population.

Level 4 is the highly specialized training that laboratory technicians working with the virus must have.

During deployment, all DOD personnel will have their temperatures monitored twice daily for signs of illness. Those who have symptoms but don’t report any potential Ebola exposure will be evaluated by medical authorities, the memo says.

Those who might have been exposed, even if they haven’t reported any symptoms, will be evacuated and quarantined for observation if the exposure is dangerous enough — such as contact with bodily fluids of someone with the Ebola virus. Those exposed to lesser risk will be observed and still might be evacuated, the policy states.

Within 10 days of scheduled departure from the Ebola zone, commanders who believe their units had a risk of exposure to the virus can elect to hold them in a “controlled environment” for observation for symptoms. Within 12 hours of departure, DOD health-care workers will interview and evaluate personnel to determine risk as well, according to the policy.

Those who return with no known exposure risk can return home and go to work, but must be monitored for symptoms with twice daily checks for 21 days.

Those who were found to be at risk for exposure, however, are to be quarantined for 21 days to monitor for signs of Ebola infection, according to the memo.

Many of the details of how the policy will be carried out, including where troops could be held for observation and where they may be treated, haven’t been announced. Commanders on the ground are responsible for implementation, the defense official said.

“How you implement and execute the policy is left to AFRICOM and commanders on the ground,” he said.

So far, Williams said, none of his troops other than lab technicians has experienced conditions that forced them to don their personal protective equipment. But U.S. troops are strictly following the safety protocols they’ve been given, he said.

“This is about discipline and chain of command and that’s what we do — that’s what soldiers, sailors, airmen, Marines, Coasties do,” he said. “As long as the protocols are in place … we feel very comfortable operating in these environments.”