Pentagon: Besides Osan, no risk to overseas bases in anthrax probe 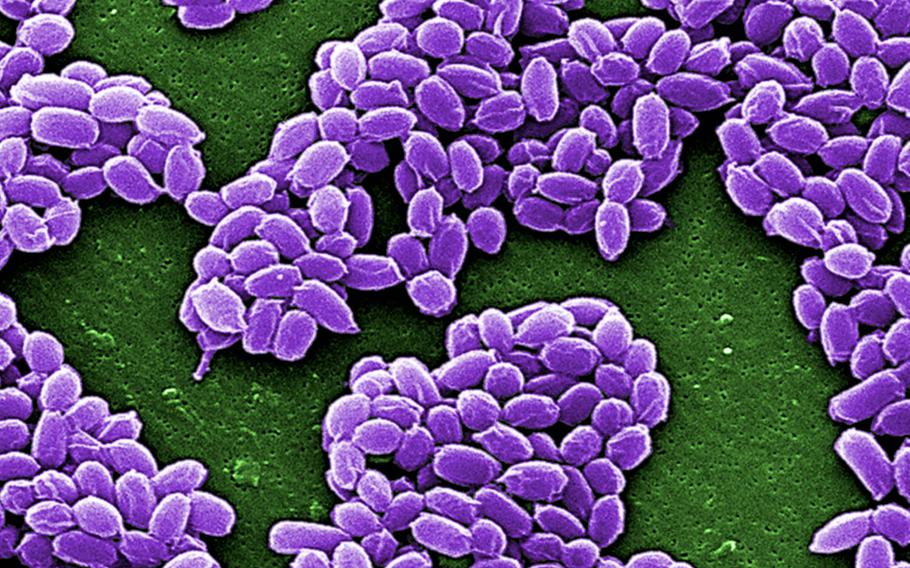 WASHINGTON — No overseas military bases or Defense Department facilities beyond Osan Air Base in South Korea were mailed potentially active anthrax over the past decade, the Pentagon said Thursday.

The confirmation means military bases in the Pacific and Europe have no risk of being caught up in a quickly expanding investigation into where the DOD might have inadvertently sent live samples as part of its long-time biosecurity research efforts.

Osan and a remote Pentagon security office were among 52 facilities in 17 states and three countries that had been notified as of Thursday that irradiated samples of the biological weapon they received in the mail might have inadvertently contained live spores. The Pentagon warned that number will increase in the coming days as hundreds of batches of spores are tested.

Twenty-two personnel at the South Korea base were potentially exposed and are on antibiotics as a safeguard. Osan had worked with anthrax as part of the Joint United States Forces Korea Portal and Integrated Threat Recognition Program.

The Pentagon, like many labs, had used the samples to test equipment and processes for detecting the biological agent, which is often deadly when ingested. Powdered forms were used in attacks after 9/11 that killed five and partially shut down the U.S. Capitol.

For a decade, anthrax samples were mailed in tiny vials packed in dry ice from four DOD facilities to aid programs around the world — Dugway Proving Ground in Utah, Fort Detrick in Maryland, the Naval Medical Research Center in Virginia and the Army’s Edgewood Chemical Biological Center in Maryland.

The number of affected labs is growing daily and could drastically increase because only a fraction of potentially live samples have been fully tested. Four of 400 suspect batches had completed a 10-day examination and all contained live spores, the Pentagon said Wednesday.

The Centers for Disease Control and Prevention is leading an initial investigation and the DOD has planned its own wide-ranging investigation and review of anthrax handling, which is expected to be completed in 30 days.