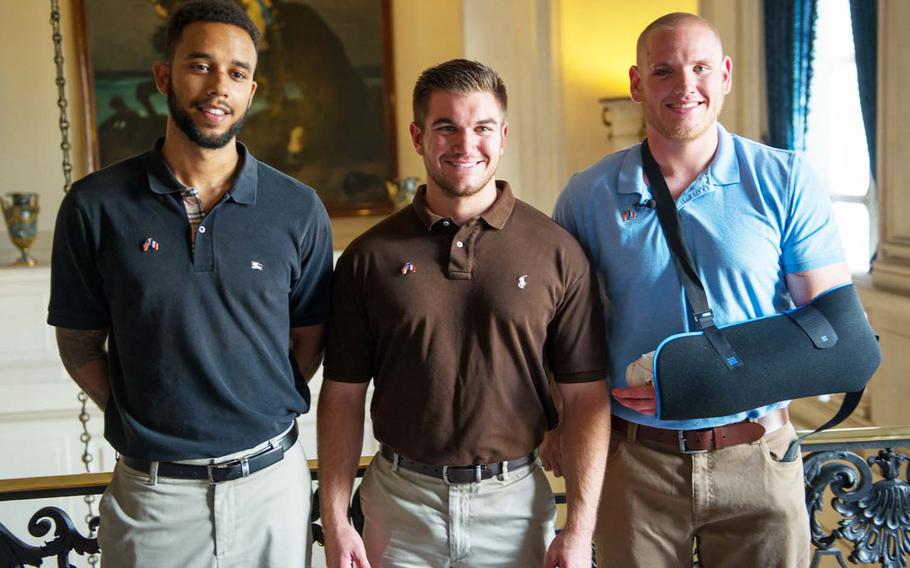 Airman 1st Class Spencer Stone will receive the Purple Heart and the Airman’s Medal at a Pentagon ceremony Thursday for his heroics aboard a Paris train last month.

Stone’s Purple Heart honor, announced by Secretary of the Air Force Deborah Lee James on Monday, was contingent upon investigators determining that the attack he helped prevent was an act of terrorism. The Airman’s Medal is the Air Force’s highest noncombat award.

Stone was one of three Americans — with Army Spc. Alek Skarlatos of the Oregon National Guard; and Anthony Sadler — who were among a small group of passengers that subdued Moroccan Ayoub El-Khazzani, 26, who opened fire on a Paris-bound train in late August.

Skarlatos will receive the Soldier’s Medal for noncombat heroism, and Sadler will receive a defense civilian award, the Secretary of Defense Medal for Valor.

It’s been a pretty good month for Stone, whose thumb and hand were deeply lacerated in the attack. Talk show host Jimmy Kimmel awarded him a brand new Chevy Camaro convertible last week.