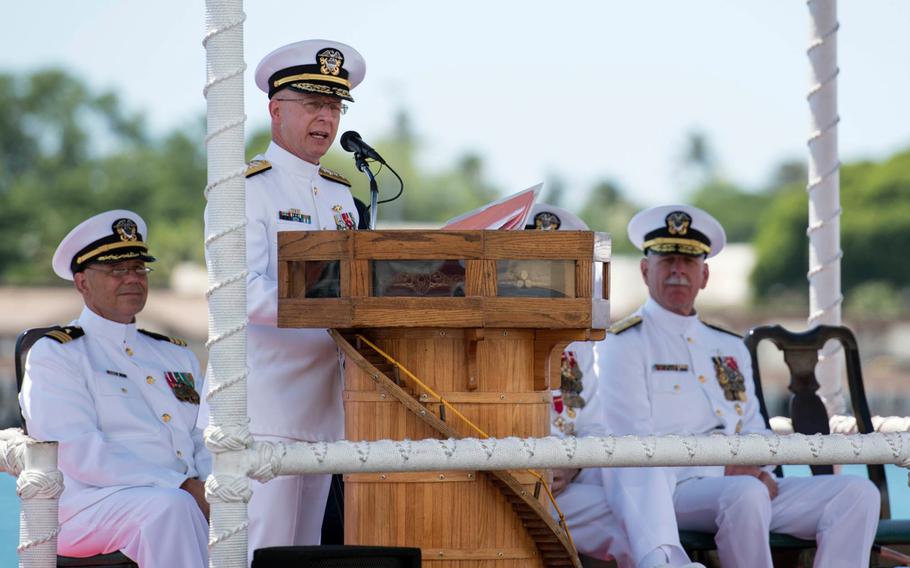 Rear Adm. Daryl Caudle has assumed command of all Navy submarines in the Pacific.

Caudle replaced Rear Adm. Frederick “Fritz” Roegge as commander of Pacific Fleet’s Submarine Force during a change-of-command ceremony Monday at Joint Base Pearl Harbor-Hickam, Hawaii. Roegge is heading to Washington, D.C., to serve as the president of National Defense University.

Caudle is a former commander of the Pearl Harbor-based Submarine Squadron 3. His previous assignment was at 6th Fleet, where he led Submarine Group 8 and served as deputy commander, director of operations for Naval Forces Europe-Africa.