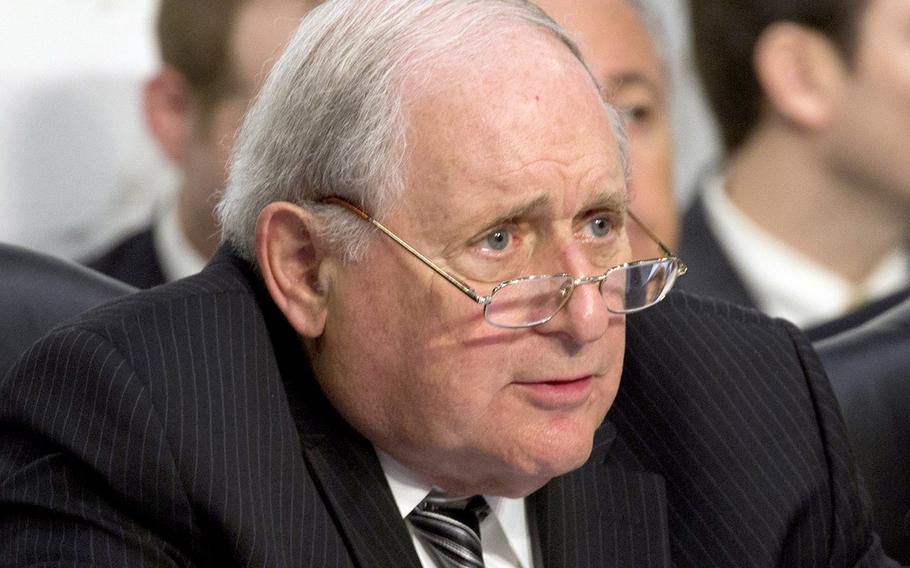 WASHINGTON — Sen. Carl Levin is taking his retirement lap here, and his outgoing message is a dire warning about the U.S. war effort, but not the one in Iraq.

The chairman of the Senate Armed Services Committee said Wednesday that public disillusionment and disengagement with Afghanistan threatens the fragile progress taking root amid the United States’ longest war.

As Americans sour on the war, Congress might be pressed to pull back Afghanistan support just as a fledgling unity government offers glimmers of stability and peace, Levin said during a speech to the U.S. Institute of Peace as he prepares to retire at the end of the year.

It is a warning he has repeated in recent weeks as the country turns its attention to Iraq and the fight against the Islamic State, and as the Obama administration is set to begin a multiyear military withdrawal from Afghanistan.

“If the public continues to believe that Afghanistan is a lost cause, it may become a self-fulfilling prophesy,” said Levin, D-Mich., who built a reputation during decades on Capitol Hill as a thoughtful foreign policy legislator who balanced a committee that includes heavyweight Republican hawks John McCain and Lindsey Graham.

Many Americans appear weary of the drawn-out war, which has included brutal and bloody combat by U.S. forces and few decisive military victories. There is little evidence that the 13 years of fighting has defeated the Taliban, which, though weakened, still stages attacks across the country.

Earlier this year, a Gallup poll found that the public is split on whether the original invasion was a mistake, and an NBC News/Wall Street Journal poll from June found 65 percent of respondents said the war was not worth it.

Levin, who first joined the Senate in 1978, said pessimism over the war has surged due to a “constant almost totally negative portrayal of events in the press.” But he said reasons for hope exist on the ground, including a power-sharing agreement brokered last month among the two presidential candidates, Ashraf Ghani and Abdullah Abdullah, following an election dispute.

“That transition offers increased reason for optimism that we have an essential ingredient for success in place there, perhaps the essential ingredient — a unity government of Afghans whose own goals are in harmony with our goal of a free, peaceful and unified Afghanistan with strong security forces and honest governance,” Levin said.

Also, overall life expectancy in Afghanistan has increased by 22 years; infant mortality rates have declined; and the number of children in school has increased from thousands to millions.

The fragile transition period following its national election will require years of support from the United States — and Congress — to realize its promise and cement some stability for the country, he said.

That could be difficult if the American public believes the effort is a waste.

“While Afghanistan gains have been impressive,” he said, “they remain reversible.”