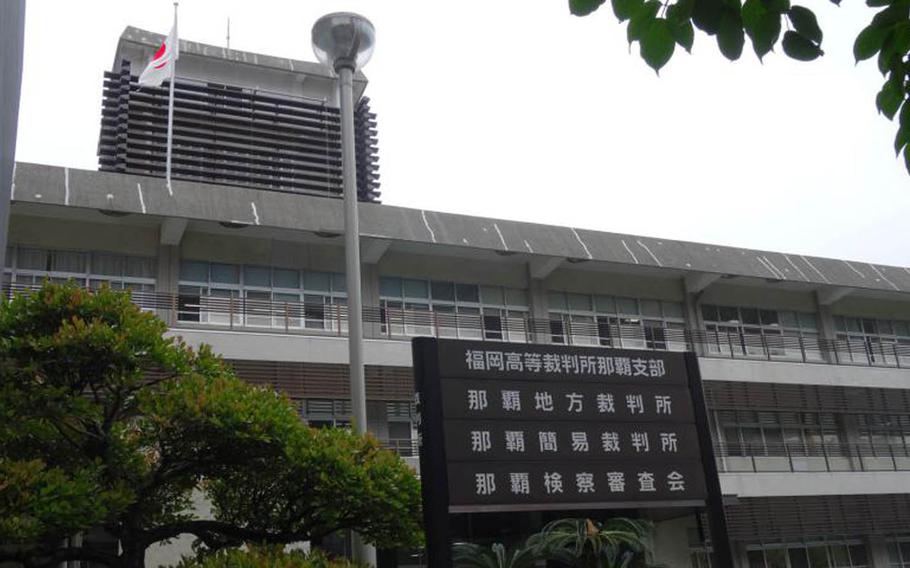 Okinawa's Naha District Court is pictured in this undated file photo. An American sailor whose wrong-way crash in June triggered sweeping travel and alcohol restrictions for servicemembers in Japan escaped jail time during her sentencing on Tuesday, Sept. 20, 2016. (Chiyomi Sumida/Stars and Stripes)

The sailor faced a maximum of 15 years in prison if convicted under Japanese law, but prosecutors sought only three years.

Mejia pleaded guilty and asked for leniency. It is unclear if she will be leaving the Navy and Japan.

Mejia was arrested the night of June 4 after leaving a friend’s home in Yomitan. She drove the wrong way down Highway 58, near Kadena Gate 4, and crashed into two vehicles, injuring three people, police and court officials said. Her blood alcohol content was several times over Japan’s legal limit.

Mejia was charged June 24 with dangerous driving resulting in injuries. The crime sparked further backlash among locals against U.S. troops stationed on Okinawa and embarrassed U.S. military officials as it came within weeks of murder allegations against a former Marine.