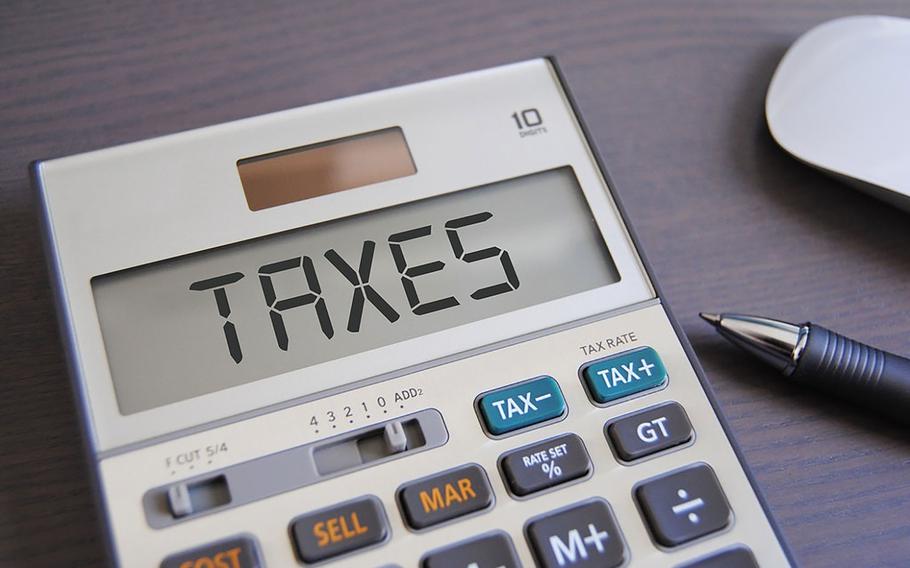 Nineteen months ago, as Congress considered the Combat-Injured Veterans Tax Fairness Act of 2016, lawmakers shepherding the bill (HR 5015) toward enactment advised that perhaps 13,800 veterans had taxes mistakenly withheld from lump-sum disability separation payments and would get refunds.

The average amount of taxes withheld was estimated at $5,500, proponents said, and the total cost to the U.S. Treasury would be less than $78 million.

My, my, were those projections off the mark.

The Defense Department and Internal Revenue Service announced this week that almost 10 times that number of disabled veterans — just over 130,000 — are due tax refunds under the 2016 law, which Congress passed to correct a long-tolerated flaw in tax withholding practices for disability severance pay.

We will describe below the process IRS is using to notify eligible veterans they are due tax refunds, and how, to allow prompt payment with minimum paperwork, veterans can accept a “standard” refund that the IRS calculated, based on year disability severance was paid, rather than actual taxes withheld.

First, some background on how so many came to qualify for tax refunds.

A few years back the National Veterans Legal Services Program (NVLSP), a veteran advocacy group, discovered during routine reviews of veteran legal cases that the Defense Finance and Accounting Service (DFAS) had been using an outdated process to determine tax withholding on military disability severance payments.

Members with service-connected conditions rated at less than 30 percent disabling are separated with a lump-sum severance. Their ailments or injuries are insufficiently grave to qualify for disability retirement. These lump-sum amounts generally are taxable. The lone course veterans had to avoid the taxes was to show the IRS that their disability was combat-related — either caused by a combat injury, an accident tied to an instrumentality of war or an injury from training for war.

Disability severance recipients would have to gather documents to prove the injuries were combat-related and then file amended income tax returns for refunds.

In 1991, however, the U.S. District Court for the Eastern District of Virginia ruled in St. Clair v. United States that disability severance pay for personal injury from active service was excludable from taxable income if the separating member was later awarded VA compensation for the same disability.

For a time the NVLSP considered a lawsuit against the department to force it to establish procedures so that disability severance recipients were advised when and how to seek refunds of taxes withheld.

Instead, said Bart Stichman, the program’s executive director, it hired a law firm to lobby Congress for a legislative solution. Sen. John Boozman, R-Ark.; Sen. Mark Warner, D-Va.; and Rep. David Rouzer, R-N.C., led the effort to get tax refunds for these veterans. The impact was far more sweeping than anticipated.

A staff member for Boozman recalled Defense Department officials arguing that so few veterans would be eligible for refunds that legislation might be more trouble to implement than it was worth. She also recalled the Congressional Budget Office delivered an early cost estimate for corrective legislation that was less than $500,000, too modest to be a factor in debating merits of the bill.

By early December 2016, during floor debate on the Combat-Injured Veterans Tax Fairness Act, the cost estimate had been raised to $78 million on a new projection that 13,800 veterans would qualify for refunds and the average amount of taxes improperly withheld since 1991 was $5,500.

The bill cleared both chambers of Congress without dissent. The new law gave DOD and the IRS a year to identify veterans due tax refunds, to reshape tax regulations to facilitate payment and to notify veterans of how to secure refunds.

Proponents of the law, including NVLSP, were surprised last week when the IRS announced that 130,000 veterans are due a refund for taxes withheld from their disability severance payments. Though six months late, notification letters have been mailed to last known addresses that IRS has on file for veterans who received disability severance and later qualified for VA disability pay.

As the letter explains, the qualified veteran, or survivor, can file an amended tax return for the year the member received lump sum severance if they saved their original tax return or have appropriate documents on earned income from that year to allow recalculation of actual tax refund due.

“That’s fantastic for our veterans who have been identified as having this severance pay taxed, and also now are able to receive a tax refund,” said Army Lt. Col. David Dulaney, executive director of the Armed Forces Tax Council. “Because, all they have to do is fill in the amount [IRS has identified] on Form 1040X.”

If all 130,000 veterans opt for the standard refund amount, assuming a proportional distribution of severance payments across tax years since 1991, veterans soon will receive at least $280 million in refunds, more than three times what lawmakers assumed when they passed the law in December 2016.

Stichman with NVLSP said the notification letters tell veterans the amount they received in disability severance pay and the year it was paid. But he is disappointed the letter doesn’t advise veterans on the amount of taxes withheld.

“If they’re informed of that amount, it would help them decide whether to go for the standard amount or not,” Stichman said.

Dulaney said the letter provides these veterans with all the information the law requires to be able to seek a refund of taxes withheld from disability severance.

The amount of tax actually withheld on disability severance “does not necessarily equal the amount the veteran would be entitled in … a tax refund,” he said. The refund owed would be based on individual tax circumstances “including all tax payments made from all sources of income” in the year severance was paid.

If the veteran has sufficient tax information to complete Form 1040X, and would like to claim a refund greater than the standard amount calculated by IRS, the notification letter advises how to do that, Dulaney said.