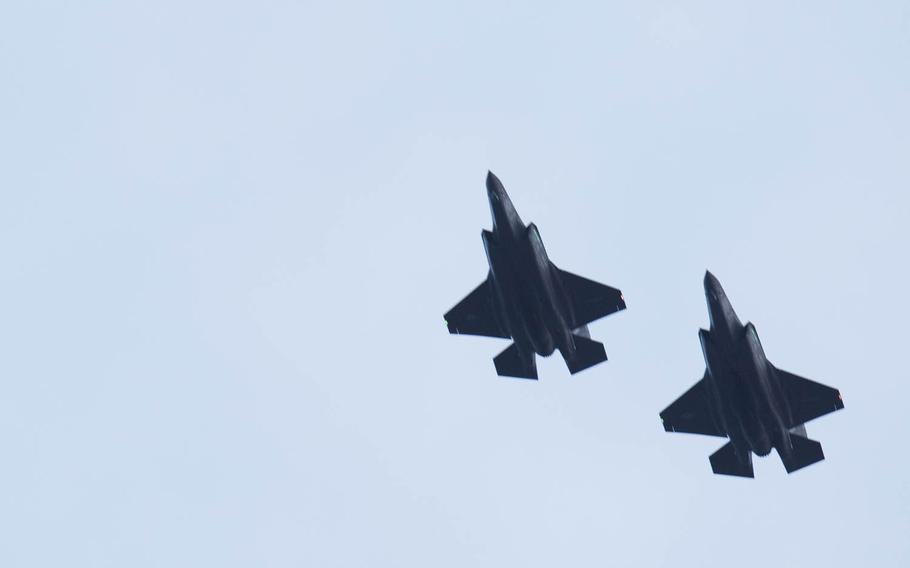 CAMP FOSTER, Okinawa — A squadron of F-35B Lightning II jets is now training in Okinawa, its first announced action around the southern island since arriving in Japan last month for its first overseas deployment.

Officials declined to provide further information on flight paths and scheduling, as is standard procedure.

The squadron will be operating out of Okinawa’s Marine Corps Air Station Futenma and Kadena Air Base on a “transient basis,” the statement said.

“The Marine Corps is dedicated to supporting the U.S.-Japan alliance with the most advanced aircraft platforms in our inventory,” the statement said of the short-takeoff, vertical-landing aircraft meant to replace the F/A-18 Hornet, AV-8B Harrier and EA-6B Prowler.

The new fighter’s advances have been touted by military pilots. However, the plane was plagued by issues with ejector seats and computer systems in its development, which led to delays and cost overruns. President Donald Trump has indicated he may abandon the program altogether.

The fighters make their way to Japan amid ongoing tensions along its southern border. The new White House administration has recently traded barbs with Beijing about the United States’ defense of Japan’s southwestern islands, the Senkakus, which are also claimed by China.