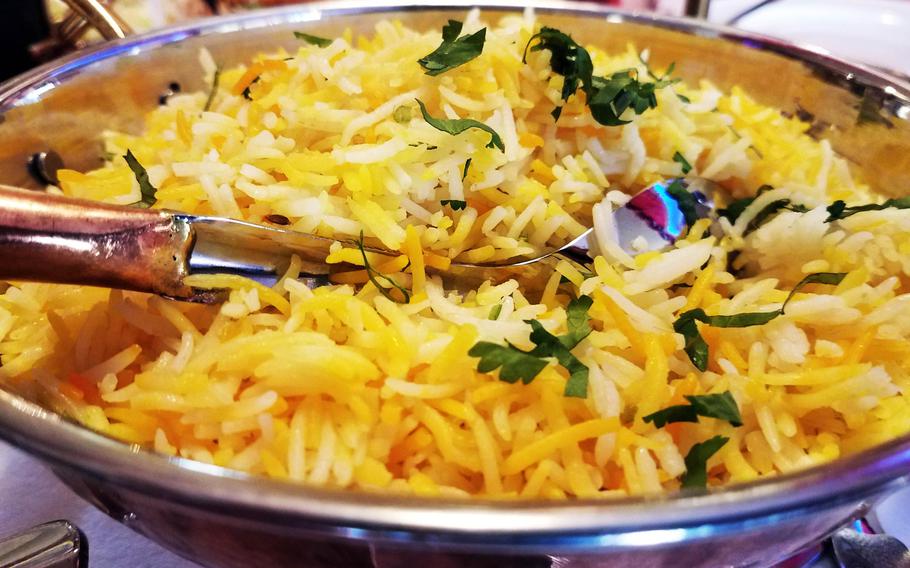 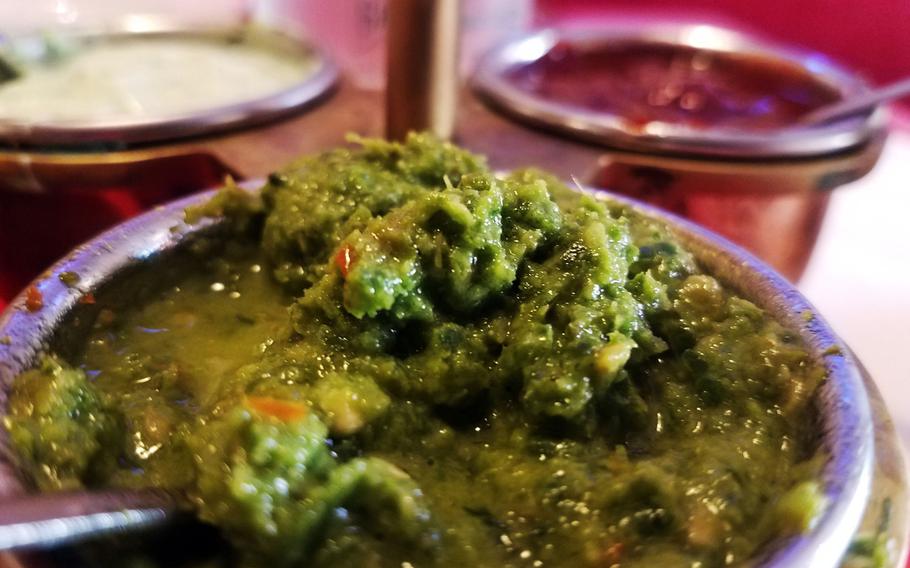 Buy Photo
The inside of Indian Restaurant Ganesha Grafenwoehr. (Martin Egnash/Stars and Stripes)

If you’ve ever been stationed at U.S. Army Garrison Bavaria, you’ve probably eaten your fill of traditional Bavarian food many times over. The options for something more exotic, without driving a distance, are pretty slim.

But a new Indian restaurant in nearby Tower Barracks has brought some spice to town.

Indian Restaurant Ganesha Grafenwoehr opened last month, and as the town’s only Indian restaurant, it opened with it a world of curries, grilled meats and vegetarian options that Grafenwoehr didn’t have before.

The eatery has a large menu, with many varieties of Indian cuisine.

Many people are quick to order a curry at an Indian restaurant, and while they do have fragrant curries, I went another way. The banana chicken is grilled with a thick, creamy banana sauce. You seldom get something so sweet and savory in the same dish. It existed somewhere halfway between dessert and dinner; I highly recommend it.

Ganesha has pages devoted to vegetarian options, which are sometimes hard to come by in the land of pork shoulders and bratwurst. And even a devout meat eater like myself found plenty of great things on this menu that could go head to head with any meat dish.

Some of these include korma vegetables, cooked in an almond and coconut sauce; palak paneer, a homemade cheese roasted with spinach; and bhindi masala, okra pods simmered in a curry sauce with tomatoes, ginger and onions.

For meat lovers, the tandoori dishes are exceptional and were my favorite things on the menu. Tandoori meats are cooked on a spit over charcoal in a special clay oven. They come out sizzling and send small clouds of amazing aromas across the room as the waiters bring them in.

Some of my favorite tandoori dishes on the menu are the tandoori platter, which has lamb, chicken and shrimp, served with grilled onions and peppers with a spicy tomato sauce; and haryali malai tikka tandoori, which is grilled chicken in a spinach, mint and coriander sauce.

Ganesha has a full bar and a variety of German beers, as well as many non-alcoholic drinks, like the always popular mango lassi, a kind of mango milkshake made with yogurt.