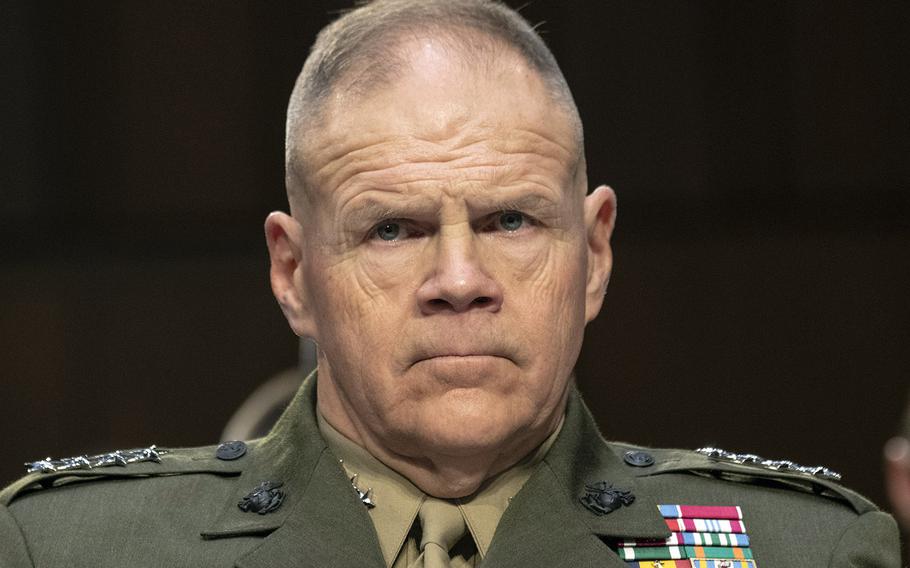 “We have received word that Congress has agreed with the administration's request to reprogram $400M to help Marines and their families recover from damage inflicted by Hurricanes Florence and Michael,” Gen. Robert Neller, the commandant of the Marine Corps, tweeted.

That funding would be used primarily at Camp Lejeune in North Carolina, said Marine Maj. Brian Block, a service spokesman. Hundreds of buildings were damaged or destroyed at Camp Lejeune in September as Hurricane Florence hovered over the installation for nearly three days, dumping more than 25 inches of rain on the base.

Last month, the Pentagon asked Congress for approval to move $600 million within its fiscal year 2019 budget for hurricane recovery. The request sought the $400 million for the Marine Corps and $200 million for the Air Force. The Air Force needs funding for recovery at Tyndall Air Force Base on the Florida Panhandle, which was ravaged by Hurricane Michael in October.

Air Force officials did not immediately respond to an inquiry Friday seeking confirmation that they would receive their requested funding. A Pentagon spokesman declined to comment.

The Marine Corps said Friday that it would use about two-thirds of the reprogrammed funds to repair damaged roofs and building interiors at Camp Lejeune. The rest of the funds would be used for other needed infrastructure repairs including fixing damage to railroad lines, the flight line, fencing, training roads, and utility systems to mitigate disruptions to operational readiness, said Capt. Joe Butterfield, another Marine spokesman.

“Ultimately, our goal is to return individuals to their regular work facilities and restore full base functions” at Camp Lejeune, he said.

Once approved, the $600 million represents a small fraction of the funding that the Marine Corps and Air Force have said they need to fix damages at Camp Lejeune, Tyndall Air Force Base and several other installations damaged by natural disasters since last summer. The Pentagon has estimated it needs some $9 billion to recover from those storms and the recent flooding that caused significant damage at Offutt Air Force Base in Nebraska. That assessment includes an estimated $3.6 billion of damage at Camp Lejeune and almost $5 billion of destruction at Tyndall and Offutt.

In addition to reprogramming the money in the fiscal year 2019 budget, the Air Force and Marine Corps have asked Congress to provide them emergency money in the next two years for recovery at those bases.

The Air Force cautioned last week that without $1.9 billion of supplemental funding in the coming weeks for Tyndall and Offutt other important infrastructure programs at 18 other bases would have to be delayed and warned they could negatively impact combat readiness of the force.

“We desperately need the supplemental funding to recover from the natural disasters that hammered Tyndall and Offutt,” outgoing Air Force Secretary Heather Wilson said during a speech at the Heritage Foundation, a conservative Washington think tank. “There are other decisions we’ll have to make if we don’t [have supplemental funding] by May or June. These are just the first decisions that we had to make yesterday…61 projects in 18 states are not going to happen because we have not gotten a disaster supplemental for Tyndall.”

Neller issued a similar warning last month in a memorandum leaked to the Los Angeles Times that stated lack of funding for fixes at Camp Lejeune and other unforeseen expenses, such as deploying Marines to support Department of Homeland Security operations at the U.S.-Mexico border, have impacted the service’s combat readiness.

“The Marine Corps faces fiscal challenges without precedent,” Neller wrote in the internal note to Navy Secretary Richard V. Spencer. “The inability to reprogram money and the lack of a supplemental for Hurricane Florence damage is negatively impacting Marine Corps readiness.”