'Near the end of the day, things didn’t get any better' 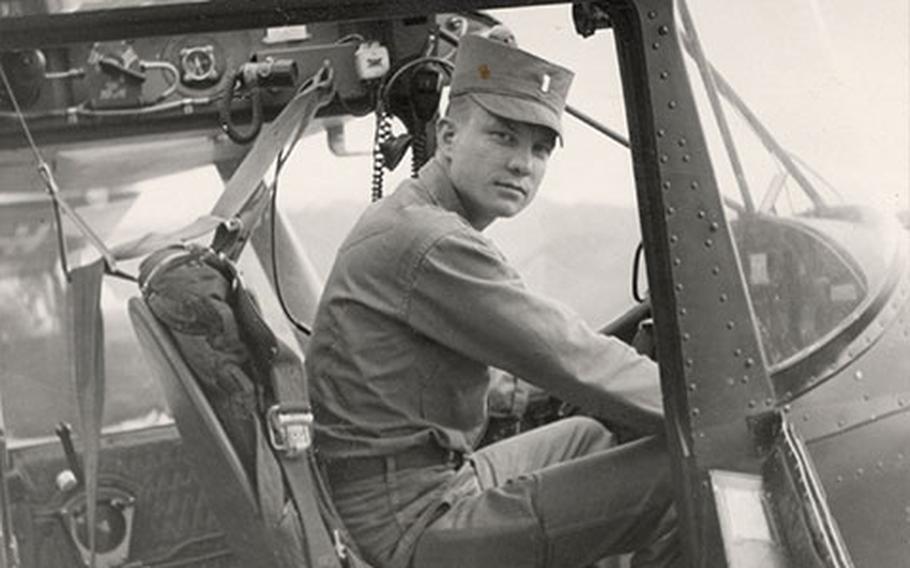 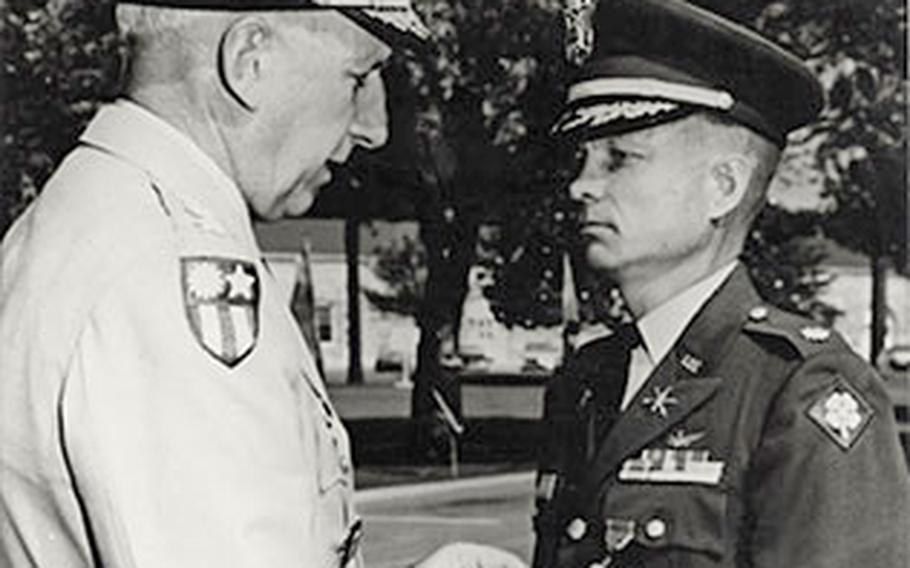 President Barack Obama presents the Medal of Honor to retired U.S. Army Lt. Col. Charles Kettles on July 18, 2016, at the White House. Kettles distinguished himself in combat operations near Duc Pho, Vietnam, on May 15, 1967, and is credited with saving the lives of 40 soldiers and four of his own crew members. (Chuck Kennedy/Courtesy of the White House) Retired U.S. Army Lt. Col. Charles Kettles is awarded the Medal of Honor at the White House on July 18, 2016 for actions in Vietnam in 1967. Kettles was assigned to 1st Brigade, 101st Airborne Division. (Alicia Brand/Courtesy of the U.S Army) 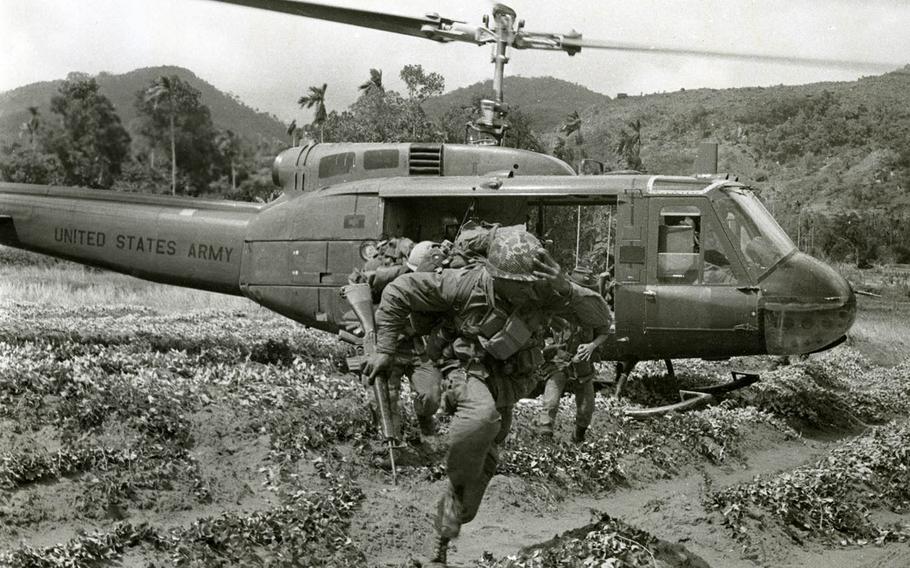 101st Airborne Division soldiers move away from the landing zone after being dropped off by a 176th Aviation Company Huey helicopter during Operation Wheeler in 1967. (Courtesy of U.S. Army Heritage and Education Center) 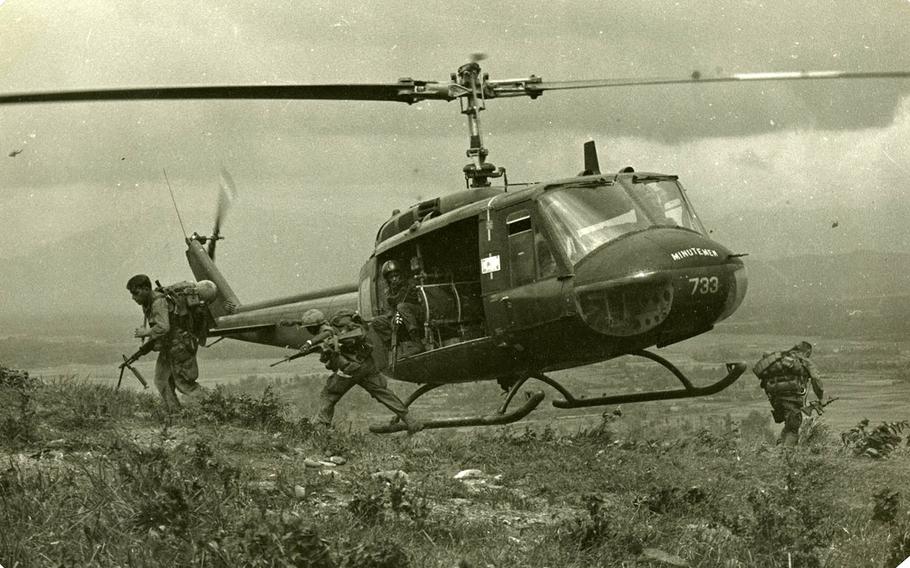 May 15, 1967 Duc Pho, Vietnam Eight soldiers, stranded in a dry riverbed in Vietnam, faced a grim fate as they watched U.S. gunships and other air power disappear from the sky.

Dozens of fellow troops had evacuated on helicopters from the North Vietnamese ambush, but somehow they were left behind, all backup gone. Death or capture was almost certain.

Helicopter pilot Maj. Charles “Chuck” Kettles learned of the soldiers left behind in midflight back to base and realizing the stakes, broke from the flying formation and took a steep descending turn back to the valley.

Kettles’ daring rescue amid heavy enemy fire during the Vietnam War on May 15, 1967, resulted in President Barack Obama awarding the 86-year-old retired lieutenant colonel the Medal of Honor in July. Obama said Kettles not only rescued the eight soldiers but saved the lives of dozens more who were caught in the ambush.

“To the dozens of American soldiers that he saved in Vietnam half a century ago, Chuck is the reason they lived and came home, and had children and grandchildren,” he said during the White House ceremony. “Entire family trees [were] made possible by the actions of this one man.”

Kettles, a former councilman and car dealer in Ypsilanti, Mich., said the focus should be on the 74 Army helicopter crew members who worked with him that day in 1967 in Duc Pho to save the 44 infantry soldiers.

“That’s the only thing that really matters, out of all the details,” said Kettles, who served with the 176th Assault Helicopter Company, 14th Combat Aviation Battalion, Task Force Oregon.

During the mission, about 80 soldiers with 1st Brigade, 101st Airborne Division launched an assault in Duc Pho along the central coast of Vietnam but were surprised by a battalion-sized enemy force along a ridgeline.

The soldiers were fighting from a dry riverbed as the enemy attacked from a 1,500-foot overlook with a network of tunnels and bunkers. It was in a place nicknamed “Chump Valley” for its danger.

“They were caught in an ambush, a bad scene,” said Kettles, who retired from the Army in 1978 and now lives in Michigan. “A few hours after they were inserted, they got pretty well mauled over.”

Kettles volunteered to lead a platoon of UH-1D Huey helicopters in support of the soldiers, who had requested additional forces. His helicopters made multiple flights to the battle site and ferried back wounded and dead. During the flights, his door gunner was wounded and his helicopter was limping from damage.

“Near the end of the day, things didn’t get any better,” he said.

The battalion commander called for all remaining troops to be extracted, including soldiers from Kettles’ platoon who were trapped when their helicopter had been destroyed in a landing zone.

For the final airlift, Kettles was down to one serviceable helicopter and had to call up another unit from nearby to assist.

“I should have had eight helicopters and I ended up with a net of six, but that is all we had,” he said.

The helicopters faced the much larger enemy force as they came in to rescue the remaining 44 soldiers. The enemy unloaded their weapons as the soldiers ran for the aircraft and climbed aboard as all of the Hueys took off.

But Kettles got a radio call as they headed back to base – troops had been stranded in the riverbed while providing cover for the others.

He knew the eight stranded troops would overload his helicopter, potentially grounding all of them amid North Vietnamese machine-gun and mortar fire, yet he took the controls and turned back toward the valley.

“Chuck’s Huey was the only target for the enemy to attack and they did,” Obama said. “Tracers lit up the sky once more. Chuck came in so hot that his chopper bounced for several hundred feet before coming to a stop.”

After he landed, a mortar round exploded near the Huey, damaging the tail and sending shrapnel into the cockpit. The eight soldiers sprinted through the enemy firestorm of bullets and artillery.

“Shrapnel took out part of the left and right windshield and chin bubble where I was,” Kettles said. “Apparently, the shrapnel went between my seat and the co-pilot’s seat.”

Several of the soldiers were wounded and later the crew would find about 30 holes where enemy bullets pierced the aircraft.

Kettles’ helicopter was carrying 13 soldiers and was 600 pounds over its weight limit, meaning takeoff – especially with a damaged rotor – might be impossible.

“The helicopter began fishtailing violently to the left and right,” Kettles said. “One of the grunts flew out and caught a skid.”

The other soldiers pulled the hanging man back in, but the Huey was still badly overloaded and the rotor blade began to lose speed. To get the men out of the valley, Kettles would have to execute a running takeoff, flying slow and low over a long, open space.

As enemy fire continued, Kettles lowered the Huey’s nose skid to nearly touch the ground and flew along the dry riverbed.

“Eventually the thing did fly and came out with a rather shallow departure,” he said.

Obama said Kettles’ heroics and the dangers faced that day were almost beyond belief.

“It’s like a bad Rambo movie,” Obama joked. “You listen to this and you can’t believe it.”

Kettles, who was 37 at the time, was originally awarded the Distinguished Service Cross for the rescue mission.