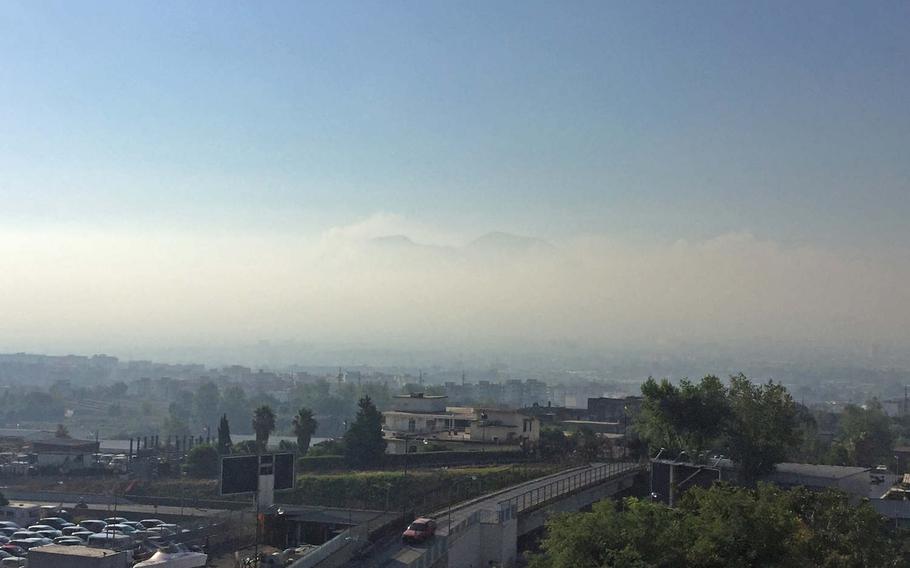 NAPLES — Navy hospital officials issued an advisory saying the Mount Vesuvius wildfires’ heavy smoke could pose a health risk, especially to children, the elderly and those with respiratory problems.

A series of fires have blazed across the mountain’s wooded slopes for several days, generating massive smoke clouds that some people mistook for a volcanic eruption. Authorities on Monday ordered residents and tourists to evacuate areas where the fires might spread.

The advisory recommends that children, the elderly and people impaired breathing stay inside as much as possible until the smoke clears. It advises everyone to exercise indoors, keep windows closed and air-conditioning filters clean.

About 5,000 sailors are stationed in Naples, many of them with families.

Jenny Lyn, a base resident, said her eyes began burning when she walked her dog two nights ago.

“I ended up with a very bad headache from it, and it’s causing me to be stuffy,” Lyn said. “I haven’t had allergies here ever, so I assume it’s due to the air quality (because) of the fires.”

After the fire started, Amber Darren-Hall, whose husband is in the Navy, suffered a headache, congestion and swollen eyes.

“When I saw how bad the smoke was yesterday, I took some allergy medication,” she said. “Now I’m fine.”

Evacuation orders would affect very few sailors because the Navy bars them from living too close to Vesuvius, an active volcano that destroyed Pompeii in 79 A.D. However, the thick smoke potentially affects everyone who lives in the region, the health advisory says.

A heat wave, drought and human activity caused the wildfires, authorities say, though they have yet to determine whether it was arson. It wasn’t clear when the blazes broke out, but smoke and flames became noticeable several days ago.