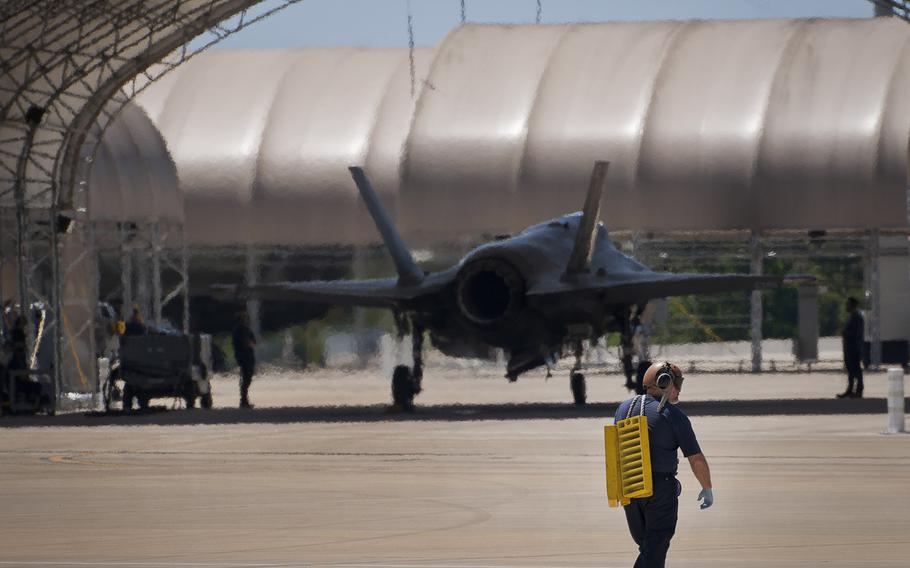 A Lockheed Martin maintainer for the Naval F-35C Lightning II carries wheel chocks back to a hangar after a refueling session at Eglin Air Force Base, Fla. on May 6, 2014. (Samuel King Jr./U.S. Air Force)

The Navy will base its West Coast F-35Cs at Naval Air Station Lemoore in California, the Navy announced Thursday.

The Navy’s joint strike fighter variant will be assigned in seven Navy Pacific Fleet squadrons of 10 jets each, and a Fleet Replacement Squadron will have 30 jets.

There will be no changes in the number of aircraft based at Naval Air Facility El Centro.

In August, Bloomberg News reported that flight restrictions on the F-35 were hindering the ability of the DOD to do necessary software tests, and that the testing for the Marine Corps version of the jet was five months behind schedule.

In March, the Navy’s deputy assistant secretary for budget said the sea service was cutting the number of F-35Cs it will buy in the next five years from 69 to 36, in order to save money.