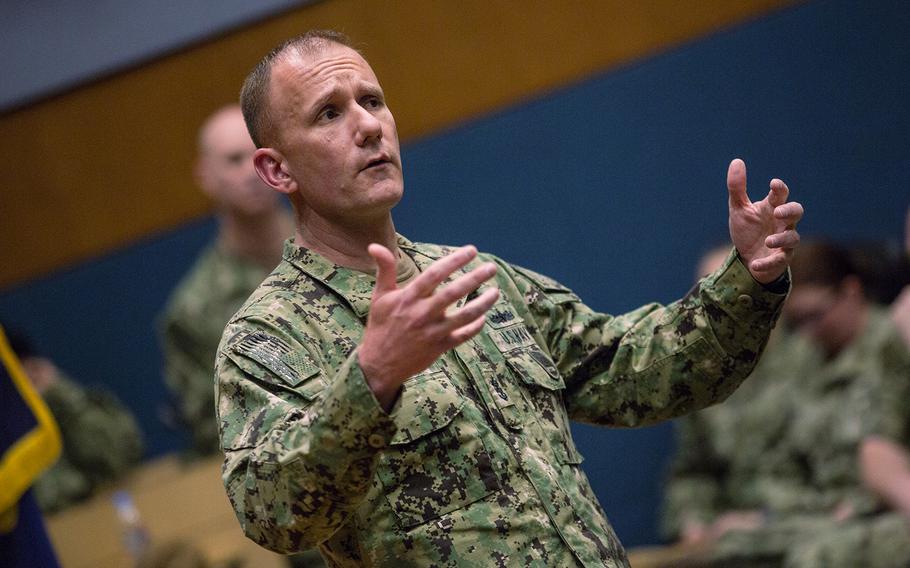 WASHINGTON — The Navy has launched a misconduct inquiry into accusations raised against the service’s senior enlisted sailor, claiming he has fostered a hostile workplace in his Pentagon office.

The Navy Inspector General’s Office is investigating the allegations against Master Chief Petty Officer of the Navy Steven Giordano, said Cmdr. William Speaks, a service spokesman. Giordano has served as the Navy’s senior enlisted sailor since September 2016. In his role, he serves as a chief adviser to Adm. John Richardson, the chief of naval operations, and develops policy and advocates for the sea service’s enlisted force.

“The Navy takes all allegations of misconduct seriously,” Speaks said in a statement. “The Navy is conducting an investigation into this matter. As in all investigations, we will safeguard the rights of any complainant and protect the procedural rights of all parties.”

Speaks and other Navy officials declined to discuss the nature of the allegations, citing the investigation.

The probe was initiated following a formal complaint by a sailor working for Giordano, alleging he created a toxic work environment and belittled people who worked for him, often demanding they perform menial tasks, according to a report from Navy Times. The report cites more than a dozen unnamed sailors who worked for Giordano during the last two years.

A spokesman for Giordano did not respond to a request for comment about the allegations.

Master chief petty officers of the Navy typically serve two-year assignments, which can be extended to four years. Navy officials declined to comment on any impact the investigation could have on Giordano’s chances of serving an additional two-year term as the service’s top enlisted sailor.