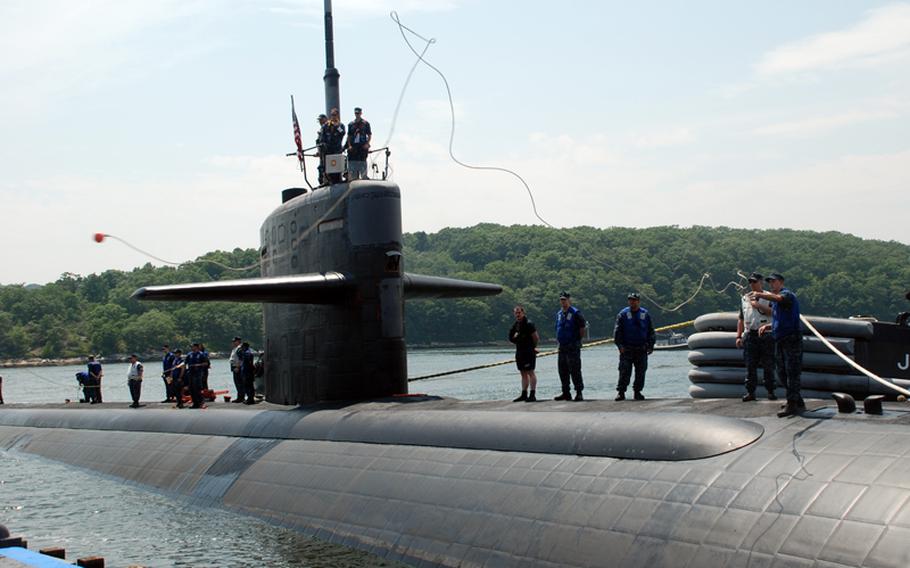 Line handlers from the Los Angeles-class attack submarine USS Memphis prepare to moor at Naval Submarine Base New London after a deployment to the U.S. Southern Command area of responsibility in 2010. (U.S. Navy)

The Navy has launched an investigation into claims of widespread cheating in the Atlantic submarine force on nuclear training, the Associated Press reported on Wednesday.

The move comes after a cheating ring was discovered aboard the USS Memphis last year, prompting the Navy to fire the attack submarine's captain and remove 10 percent of the boat's crew, according to the Associated Press.