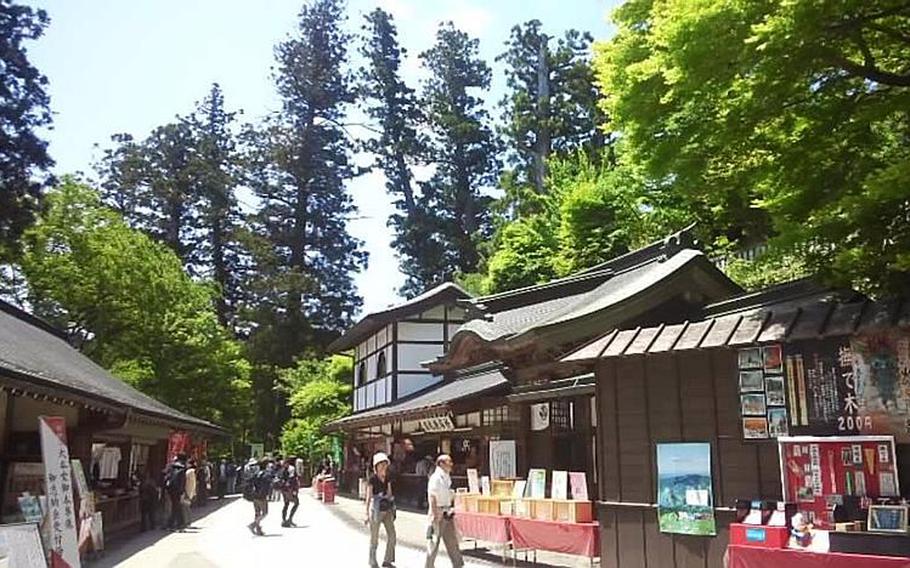 Buy Photo
There are plenty of gift shops at the Yakuo-in temple, which was built near the summit of Mt. Takao on the orders of Emperor Shomu in the year 744. (Seth Robson/Stars and Stripes)

Buy Photo
There are plenty of gift shops at the Yakuo-in temple, which was built near the summit of Mt. Takao on the orders of Emperor Shomu in the year 744. (Seth Robson/Stars and Stripes) 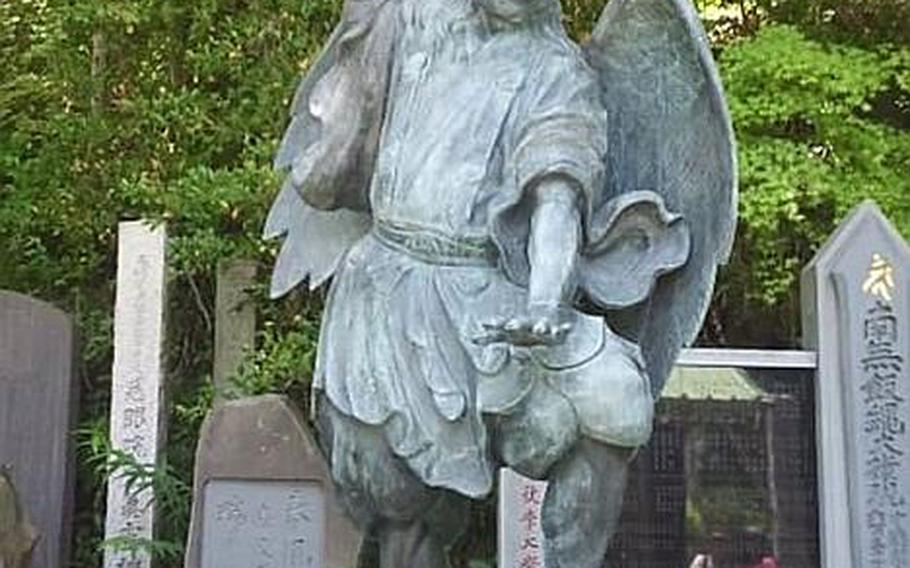 Buy Photo
The Tengu, a long-nosed mythical figure that had great energy and even the ability to fly, is one of the symbols of Mount Takao, Japan. (Seth Robson/Stars and Stripes) 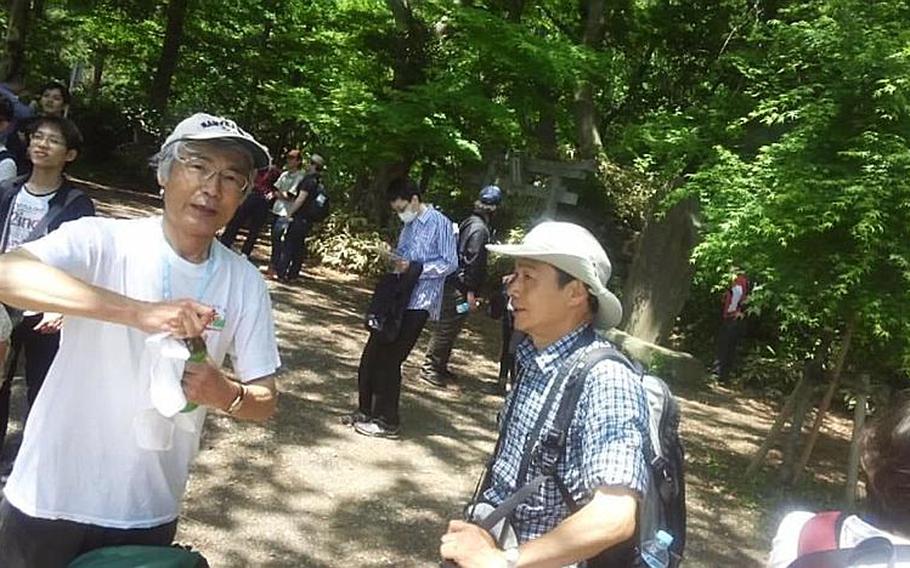 Buy Photo
Flying squirrels live at Mount Takao. They only come out at night, but you can see a statue of one near the bottom of the mountain. (Seth Robson/Stars and Stripes)

When you walk in the woods, do you wonder about the names and uses of the plants lining your route? How about a quick potted history of the area or an explanation of the land’s cultural value to the local people?

Thanks to a group of retired Japanese English-language scholars, Americans who go hiking at Meiji no Mori Takao Quasi-National Park, on the western fringe of Tokyo, can learn all that and more along the way.

The group offers a standing invitation to U.S. personnel to come hiking and be regaled with stories, in English, along the way.

Mount Takao is only about an hour’s drive or train ride from downtown Tokyo, and only about a half-hour away for personnel stationed at Yokota Air Base.

Hikers there can set off from Takaosanguchi Station, where some of the guides work in a small information center, or one of the parking areas nearby.

Those with less energy can ride a ski lift most of the way to Mount Takao’s summit, nearly 2,000 feet above sea level, but others will enjoy the exercise of walking.

The main trail up the mountain is more like a road — paved with concrete and wide enough for a truck to pass between the crowds of school children and tourists. But it doesn’t take long before hikers are surrounded by thick green forest that’s a habitat for 1,300 plants and numerous animals.

Susumu Kondo, one of 16 volunteer guides at Mount Takao, has plenty of interesting stories to tell on the way up.

“That statue is a flying squirrel,” he explains at the trail head. “There are lots of them in the forest, but they only come out at night.”

One of many towering cedar trees along the route has a statue of an octopus next to it. Kondo-san explains that the tree is called the octopus tree because its roots grip the hillside like an octopus’ tentacles and keep it standing, even though there’s a stone path where half of its roots should be.

About two-thirds of the way up, Shitenno-mon Gate, also known as Sanmon (mountain gate), marks the entrance to the Yakuo-in Temple, which was built near the summit of Mount Takao at the orders of Emperor Shomu in the year 744.

The path up here is lined with thousands of wooden planks bearing the names of people who have donated money to the temple. If you make a large donation, you get a bigger plank.

The temple includes a large stone ring that visitors can walk through before banding some chimes and making a wish.

There are statues of the Tengu, a long-nosed mythical figure that had great energy and even the ability to fly, according to Kondo-san.

The summit of Mount Takao offers fantastic views of Tokyo, which extends from Hachiochi, at the foot of the mountain to the city center, where the newly built Sky Tree can be seen on the horizon. In the other direction, there’s a vast expanse of the Kanto mountain range and Mount Fuji.

Plenty of small restaurants sell food near the summit, but the Japanese guides prefer to bring their own sandwiches and just order a beer to wash them down.

There are six hiking courses on the mountain, but Kondo-san recommends the riverbed route for the hike down.

In a few spots there are waterfalls, where ascetic devotees wash themselves, even when the water is cold, he says.

Returning to the bottom of the mountain means heading back into the hustle and bustle of Tokyo. It only takes a few minutes to drive into an ocean of buildings, overhead power lines, neon lights and traffic, but visitors to Mount Takao return to the city energized by spending time in Japan’s unique wilderness.

DIRECTIONS: By train: Takaosanguchi Station can be reached via the Chuo or Keio lines from Shinjuku Station in about 45 minutes.

FOOD: There are numerous restaurants near the summit of Mount Takao.