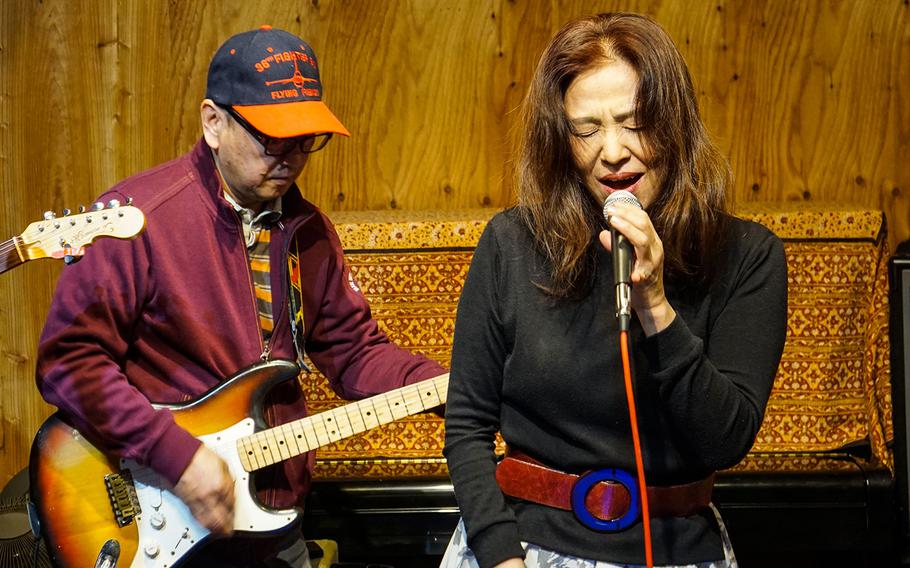 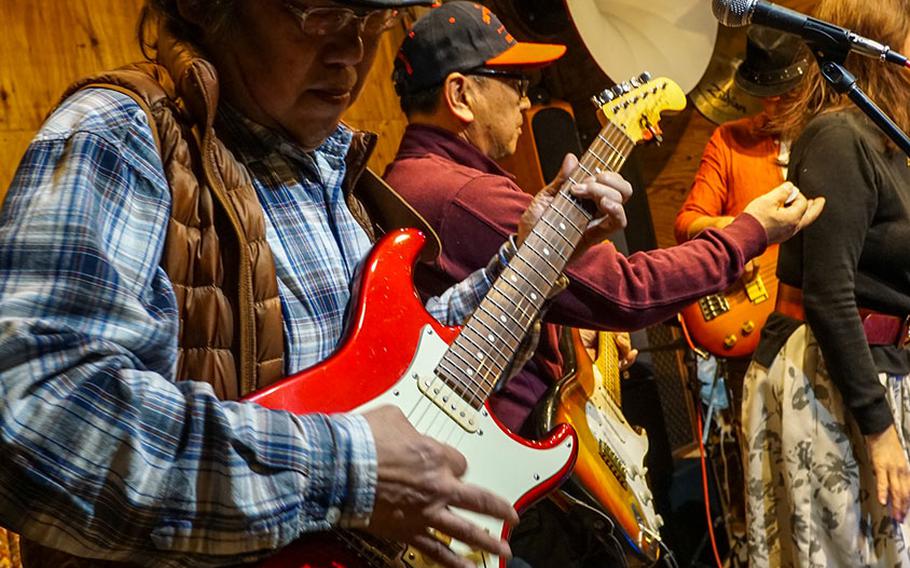 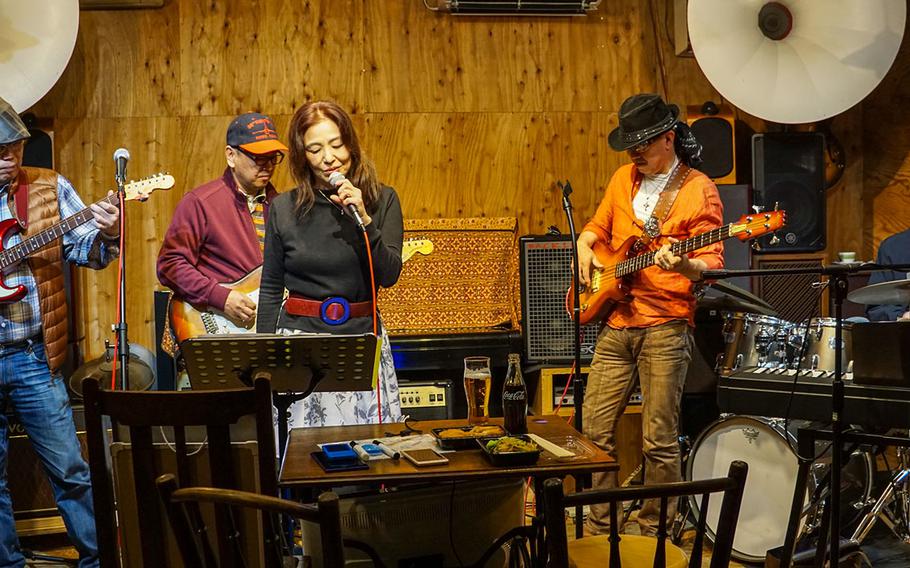 A band plays at the Cafe de Noel, a live music venue near Yokota Air Base, Japan, March 23, 2018. (Leon Cook/Stars and Stripes)

Residents at Yokota Air Base in western Tokyo can enjoy live music without having to hop on a train into the city. In fact, they barely need to leave the base at all.

Cafe de Noel, a venue operated by musicians for musicians, boasts a prime location just a stone’s throw from the base’s main gate.

Nestled into a nondescript, two-story building between a pet-grooming center and a nail salon, Cafe de Noel is a sleepy little coffee shop during the day, but at night it transforms into a haven for area musicians.

An antique sewing machine in the window and a sandwich board out front are the only visible markers for the cafe. However, in the evening, the music from inside Cafe Noel — audible from blocks away — will help you find it.

Cover charge for Americans is generally 1,500 yen with ID and includes two drinks. The drinks range from coffee to alcoholic beverages, but don’t expect a menu as there is none.

During a recent visit, a steady stream of visitors showed up, but they all turned out to be musicians waiting to play their own sets. My friend and I were the only ones there just to listen.

Each new arrival was greeted like family. I got the distinct impression the cafe is primarily a place for them to make music together, and that making a profit is a secondary concern.

The owner confirmed all my impressions. He said the building was once his father’s bicycle shop, but after inheriting the building he noticed the shop’s bare wooden walls gave it marvelous acoustic properties. Cafe de Noel was born as a place for musicians to play in a studio-like atmosphere without paying expensive studio fees.

A quick look at the website shows that jazz, funk, soul, blues, improv and open-mic nights occur on a regular basis, giving a wide range of musical styles a home here.

At blues and rock night, the music I heard was brilliant and varied. A set of 12-bar blues numbers kicked off the evening and had my head bobbing and my toes tapping. I especially enjoyed a female singer’s rendition of T-Bone Walker’s “Stormy Monday.”

Half an hour later, another group played vastly different songs, including a cover of Cyndi Lauper’s “Time After Time.” The next group played several Beatles hits.

The whole thing had an unrehearsed, improvisational and fun feel to it. I was there, half of an audience of two, but they’d have been there, playing their hearts out just for the joy of it, even for an empty room.

Directions: On Route 16, halfway between the Yokota Air Base’s Fussa and Terminal gates.Hours: The cafe and second-floor art gallery are open daily — except Tuesdays — between 1 p.m. and 7 p.m. Open late for music concerts, typically beginning at 8 p.m.Cost: Cover charge for Americans is 1,500 yen ($13.70, with military ID) and includes two drinks. Some events charge a 2,000-yen cover.Food: No food is available on site. Outside food OK.Information: 090-3332-7880; noel-note.com/index.html