Museum fuer Stuttgart tells city’s stories in building that was once a palace, Nazi headquarters The city museum for Stuttgart, called StadtPalais, opened in 2017 and features an array of exhibits that document the city's history. (John Vandiver/Stars and Stripes)

The city museum for Stuttgart, called StadtPalais, opened in 2017 and features an array of exhibits that document the city's history. (John Vandiver/Stars and Stripes) 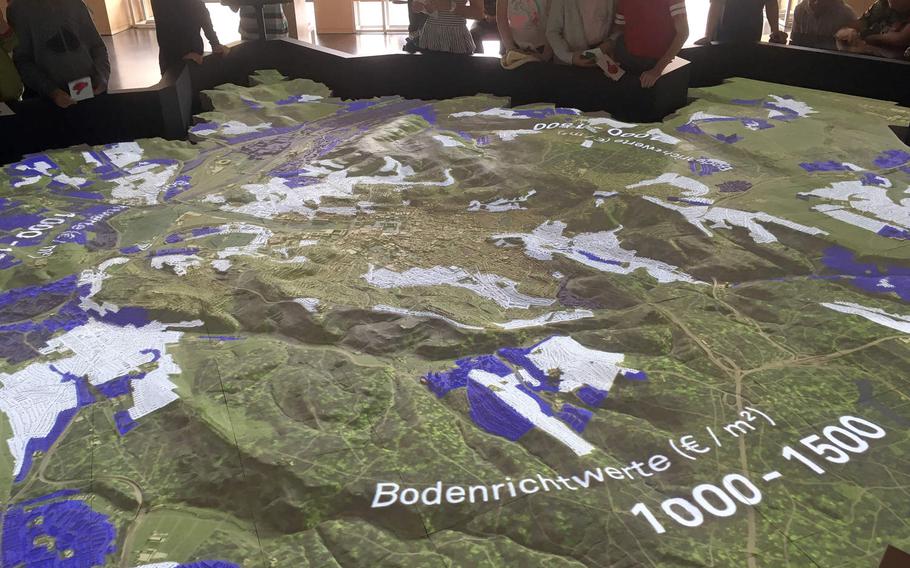 The largest exhibit in Stuttgart's city museum is an interactive topographical map of the city. (John Vandiver/Stars and Stripes) 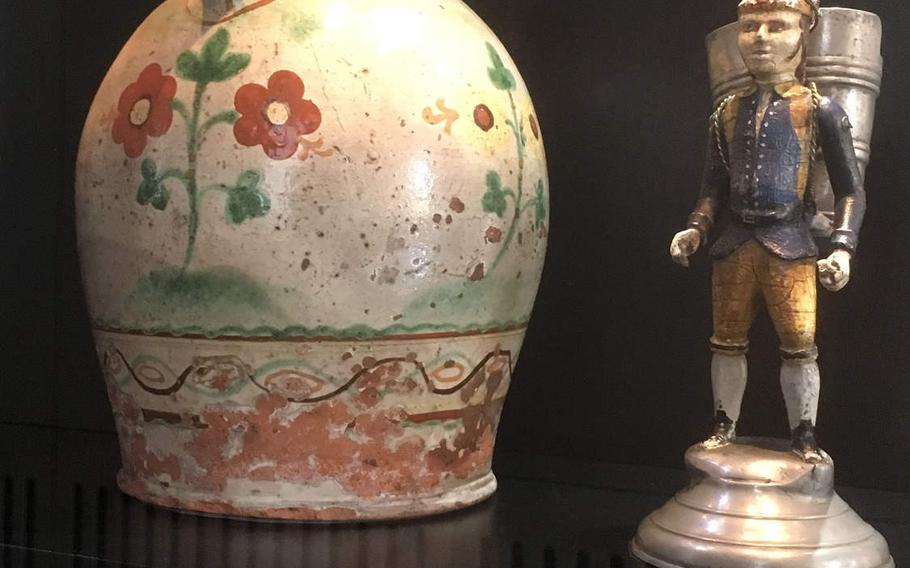 The museum for Stuttgart, called StadtPalais, showcases old artifacts like this old wine jug. The city and the region around it is one of Germany's main winegrowing areas. (John Vandiver/Stars and Stripes)

The building of the new city museum that aims to tell the story of Stuttgart, Germany, encapsulates itself a big part of that history.

Opened in 2017, Museum fuer Stuttgart is housed in a 170-year-old structure that once was a palace belonging to King Wilhelm. In 1929, it became a Zeppelin museum celebrating German innovation before it was taken over in 1933 by the Nazis, who used it as a security services headquarters. Then, allied bombers turned it into a ruin that was restored in the 1960s during the postwar boom.

A series of exhibits walk visitors through much of that history.

At the museum’s center is a big interactive topographical map of the city that highlights Stuttgart’s various districts and hilly landscape while providing background on major events that shaped city life. You can rent a headset to listen to a guide in English.

Chronicled are the big industrialists from the early 20th century whose names are still synonymous with Stuttgart’s manufacturing might: Bosch, Daimler and Porsche. The 1920s were economic golden years in the city while much of the rest of Germany struggled in the aftermath of World War I. By 1930, Stuttgart was one of Germany’s three largest and wealthiest cities.

But the museum doesn’t shy away from Stuttgart’s dark past and the fact that many Stuttgarters were drawn to Nazism. In 1932, the National Socialists were the leading party in a city where today the Green Party dominates.

Exhibits highlight Hitler’s rise, the persecution of the city’s Jewish residents and the shuttering of their businesses.

Particularly jarring are photos from that era, including one of Hitler leading a parade down the instantly familiar Konigstrasse, with the main city train station in the background. Today, the symbol for Mercedes-Benz sits atop the station’s tower. Back then, a huge Nazi flag was perched in the same place.

There also are pictures of Stuttgart in ruins after allies leveled the city.

Overall, the museum gives a good overview of a place that thousands of U.S. troops still call home — at least for a few years.

Unfortunately, there is no mention of the American military’s long history here. Some 45,000 Americans lived there during the peak of the Cold War. I think more photos from the war years and the immediate aftermath would make the museum more interesting.

Still, entry is free, the location is convenient and there is plenty to learn about at the city museum.

DIRECTIONS: The museum is in the heart of downtown, at the corner of the B-27. It is a short walk from the Schlossplatz.

FOOD: There is a small cafe in the museum and scores of eateries within walking distance.