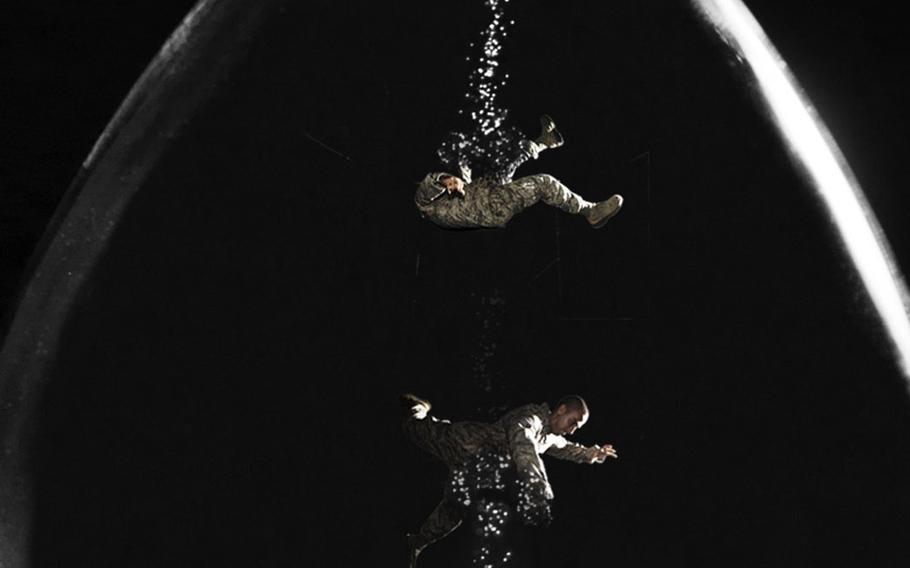 A Department of Defense illustration depicts the idea that 22 veterans commit suicide every day, based on data compiled from 21 states from 1999 to 2011 and released by the Department of Veterans Affairs in February 2015. (Christopher Griffin/U.S. Air Force)

WASHINGTON — Despite an ongoing Pentagon campaign to combat suicide, the numbers of troops who killed themselves held steady in the first half of 2015, with active duty numbers down and reserve numbers up over the same period last year, according to the most recent Department of Defense statistics.

In response to a Stars and Stripes query, the Pentagon released a statement saying that more troops have been seeking assistance, but it did not include statistics backing that claim.

“DOD considers one loss to suicide too many, so we will continue our efforts,” the statement reads. “We’ve been encouraged to see increases in help-seeking behaviors. We will continue to do everything possible to prevent suicide in our military.”

For several years the military has been grappling with how to combat suicide, especially among the Guard and Reserves, whose rates have run well above that of the general public. The Pentagon has aired public service ads, launched help lines and employed top-ranking leaders to remove the stigma of mental health disorders and asking for help.

What exactly is causing the high suicide rate is unclear. Many troops have endured multiple combat deployments over the last 14 years of wars in Iraq and Afghanistan, but studies have been inconclusive about the effects of combat on the suicide rate.