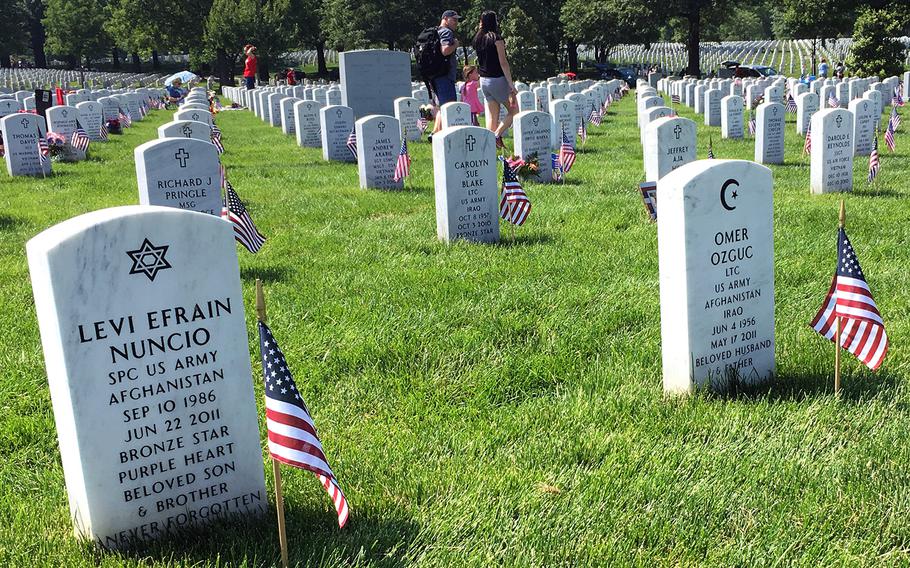 Memorial Day weekend 2016 at Arlington National Cemetery serves as a reminder of the sacrifices made by servicemembers of all faiths. (Robert H. Reid/Stars and Stripes) 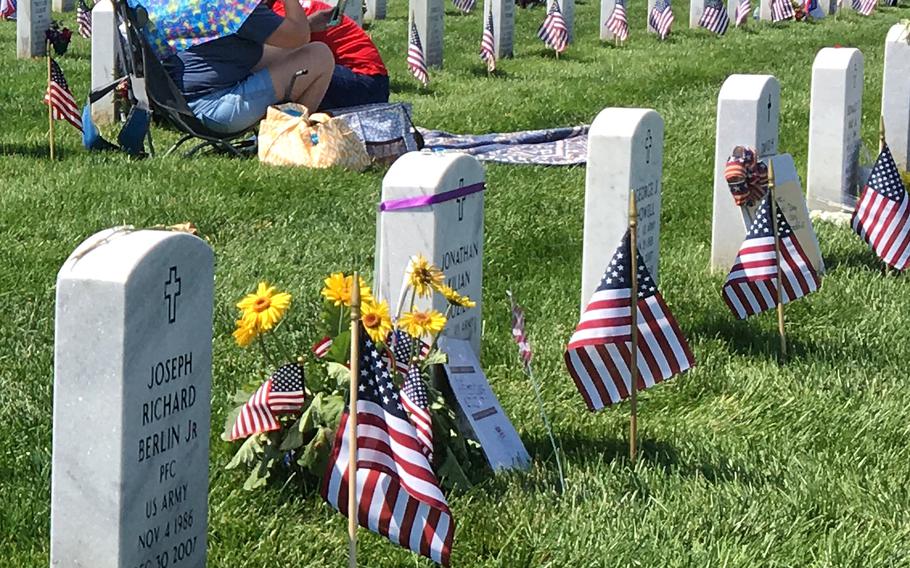 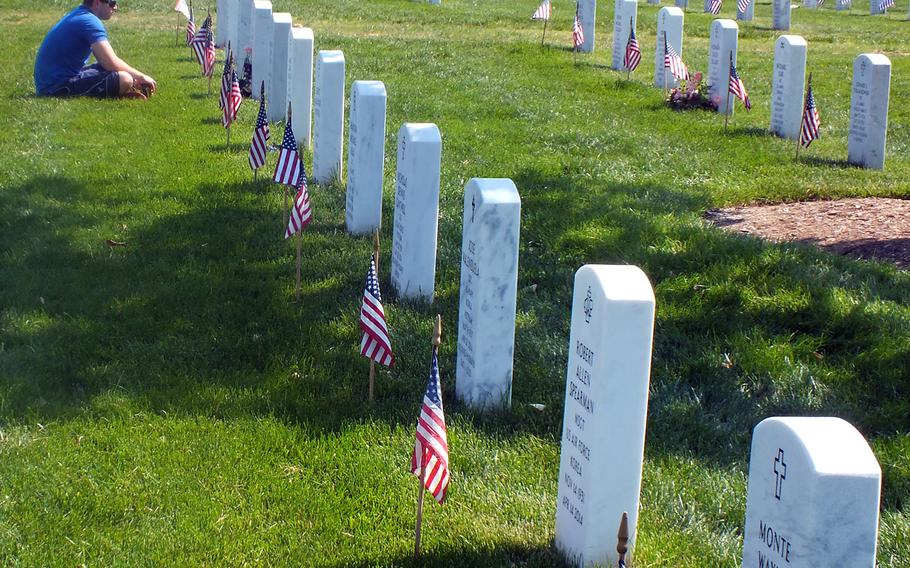 WASHINGTON — It’s a day for backyard barbecues and quick family trips at the unofficial start of the vacation season. But Memorial Day’s origins trace back to the Civil War and efforts to honor the dead and heal the wounds of America’s bloodiest conflict.

Memorial Day honors the men and women who died in military service, and the original name — Decoration Day — referred to the practice of decorating the graves of war dead.

Although Memorial Day did not become an official national holiday until 1971, it grew out of dozens of local ceremonies in both the South and the North during which women would decorate graves of Civil War soldiers.

Historians are still debating where the first ceremonies took place.

Among the earliest and most unusual occurred in Charleston, S.C., on May 1, 1865 — only weeks after the main Confederate army had surrendered at Appomattox. Newly freed slaves decorated graves of Union soldiers who had died in a Charleston area prison camp and to give thanks for their freedom.

The practice caught the attention of Gen. John Logan, head of an association of Union veterans known as the Grand Army of the Republic which was organized after the war to lobby for pensions and promote other veterans issues.

Logan called for annual ceremonies beginning on May 30, 1868 to honor Union soldiers who died in the Civil War. He chose the May 30 date because it did not correspond to any major battles and fell at a time when flowers would be in bloom.

About 5,000 people, including Union Gen. Ulysses S. Grant and future President James Garfield, attended the 1868 ceremonies at Arlington National Cemetery where 20,000 graves of both Union and Confederate soldiers were decorated.

Michigan declared May 30 “Decoration Day” in 1871 and by the end of the 19th century all Northern states had adopted the date for their own state commemorations.

In the decades after a war that had claimed more than 600,000 lives on both sides, emotions were still raw. Southern states weren’t keen on adopting a date promoted by their old enemy. Instead, former Confederate states celebrated their own holidays on different dates to honor their dead and promote a Southern interpretation of the war. Ceremonies in the South were linked to fund-raising drives to build public memorials to Confederate soldiers whose public display has been challenged as inappropriate in recent years.

In 1968 Congress passed the Uniform Monday Holiday Act, declaring Memorial Day among the list of national holidays and changing the name from Decoration Day to Memorial Day. Effective in 1971, dates of federal holidays shifted to Mondays so government employees could get three days off. Congress rolled back two holidays, the Fourth of July and Veterans Day, to their original dates, but since Memorial Day was not tied to a specific historical event, it was switched from May 30 to the last Monday in May.

The legislation also formally declared Waterloo, New York’s as the birthplace of Memorial Day, even though other communities claim the honor.