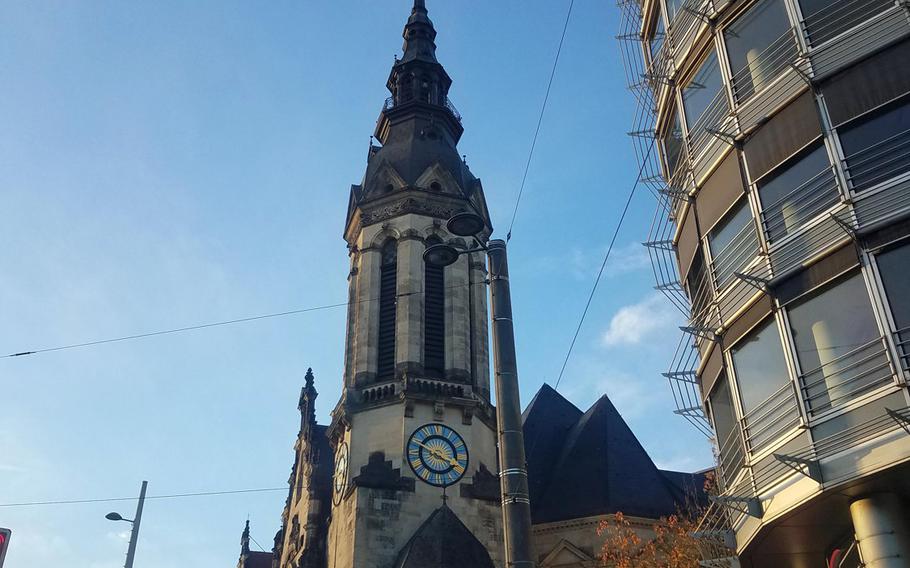 Buy Photo
Old and new architecture side by side in downtown Leipzig, Germany. (Martin Egnash/Stars and Stripes)

Buy Photo
Old and new architecture side by side in downtown Leipzig, Germany. (Martin Egnash/Stars and Stripes) 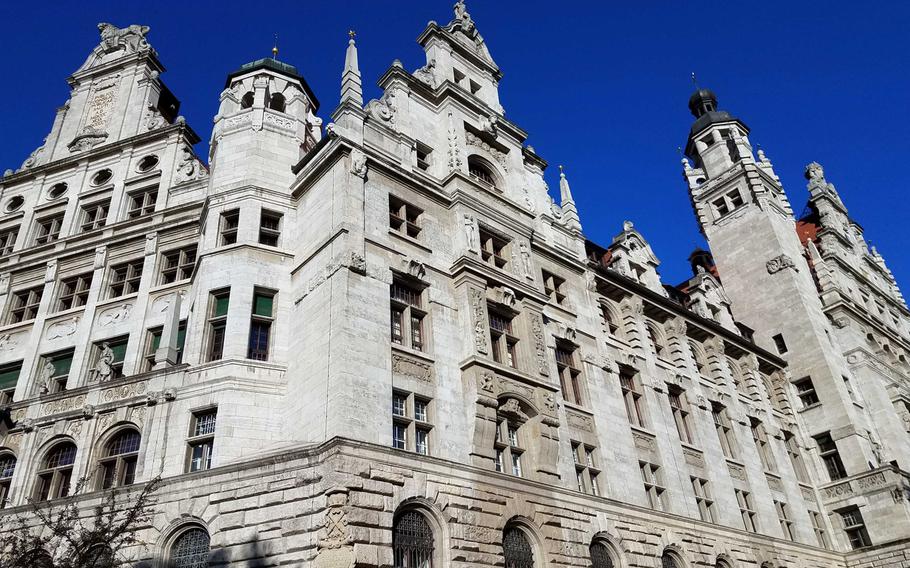 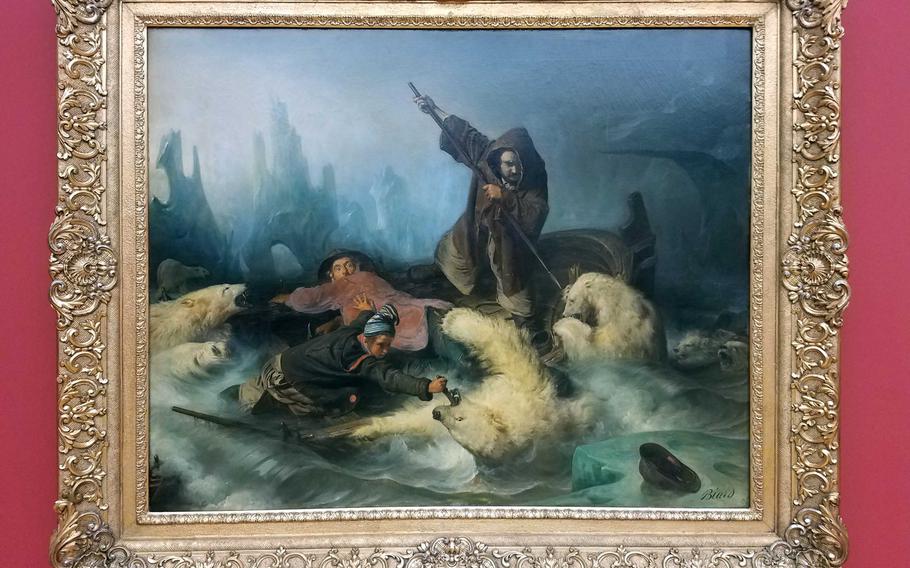 Buy Photo
One of the paintings in the fine arts museum in Leipzig, Germany. (Martin Egnash/Stars and Stripes) 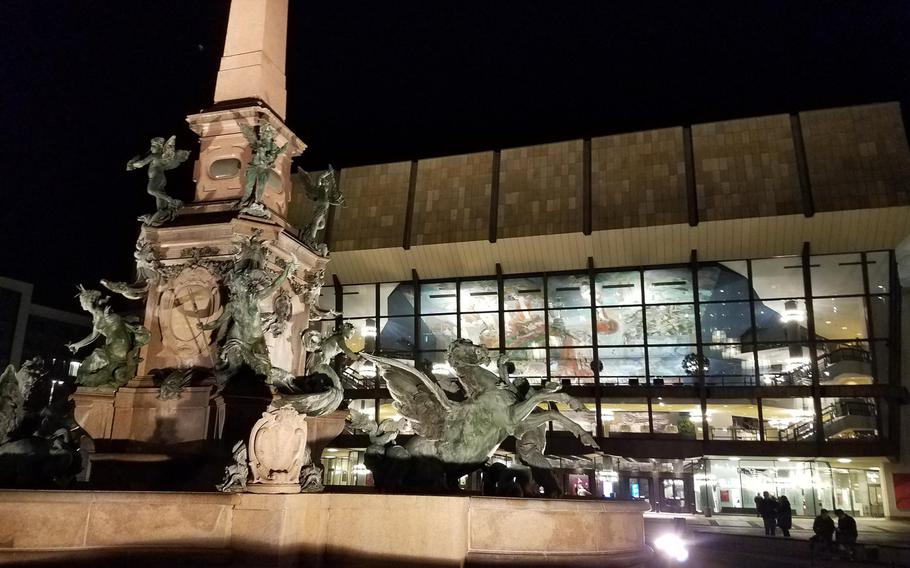 Buy Photo
The fountain in front of the opera house in Leipzig, Germany. (Martin Egnash/Stars and Stripes) 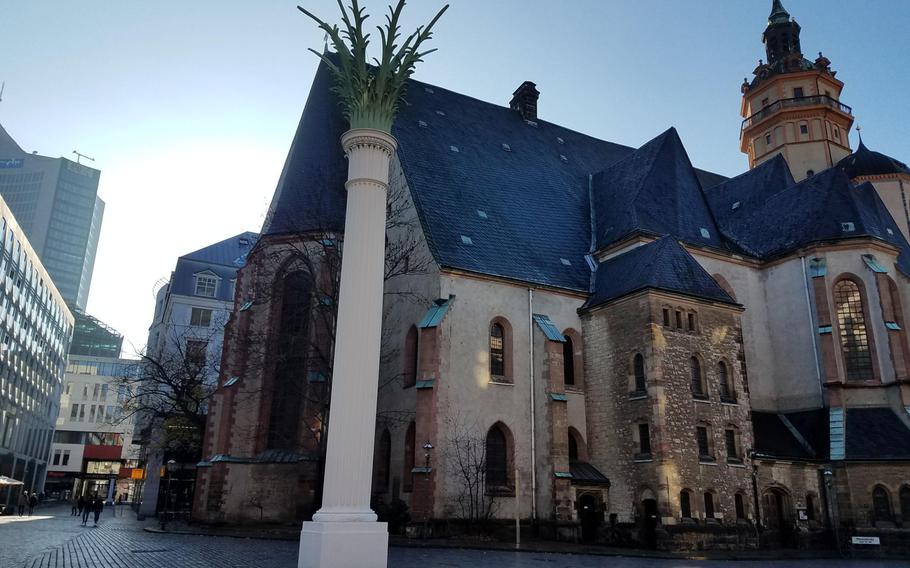 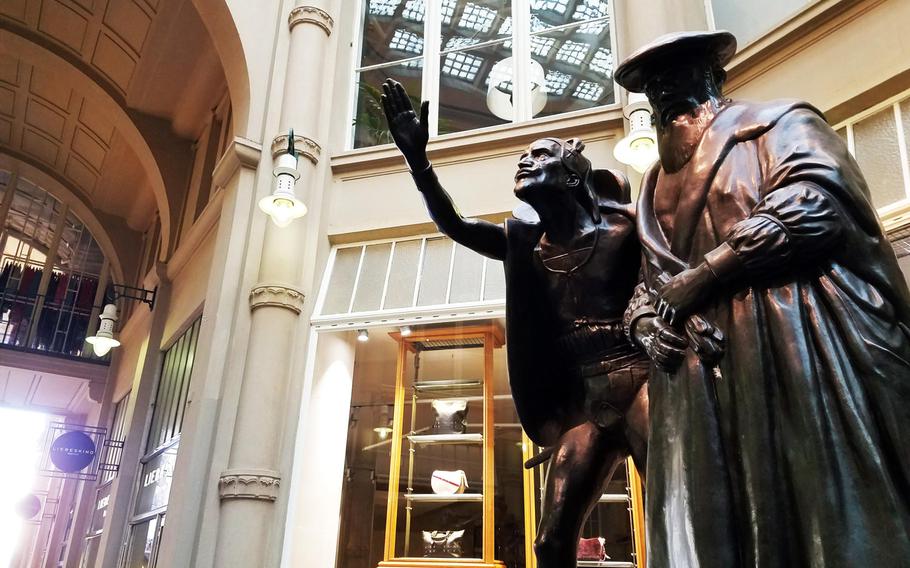 Soldiers stationed in U.S. Army Garrison Bavaria routinely make weekend trips to nearby Nuremberg, or the ever-popular Munich, but I would suggest an equally interesting city, off the beaten path of most tourists, in former East Germany.

Leipzig, which used to be East Germany’s “second city” after Berlin, has long been neglected by foreign visitors, even though it has a slew of great sites. However, this neglect has brought prices down, making a weekend in Leipzig much cheaper than the cities U.S. troops usually visit in Bavaria.

This storied town was featured in Johann von Goethe’s famous play, "Faust," in 1808. In fact, the wine cellar where the demon Mephistopheles takes the lead character, the Auerbachs Keller, is still alive and kicking. The inside of it is lined with centuries-old paintings of angels, demons, and various significant parts of the play. It’s a great place to grab a glass of wine and some traditional German food.

There are several beautiful medieval churches in town, but the one that shouldn’t be missed is the St. Thomas Church, where Johann Sebastian Bach served as the choirmaster. He now rests in a tomb in front of the altar.

There are also a number of interesting museums in the city. The most popular is the Grassi Museum, which houses the Museum of Ethnography, the Museum of Musical Instruments and Museum of Applied Arts. The musical instruments section is especially cool.

The city also has a museum about the East German Secret Police, a modern arts museum, an Egyptian museum and my favorite, the Museum der Bildenden Kunste, the fine arts museum.

This has a great selection of Renaissance paintings, including many paintings by Lucas Cranach the Elder, one of the most famous German painters.

Leipzig is a university town, so there are plenty of younger people around, hitting up the local bars and clubs, many of which pump out East German electronic dance music into the wee hours of the morning.

There are numerous restaurants in the old town. In addition to German, Thai and Indian places all over, there are a bunch of Eastern European diners that can get into the former Soviet spirit. Give pierogies and borscht a try.

And while you’re making your way to all these sites, there are gorgeous buildings all over the place. So, enjoy strolling through the old town, from site to site, taking in the history.

DIRECTIONS: Leipzig is 2 ½ hours northeast of Grafenwoehr.TIMES: Most museums are closed on Mondays. A weekend visit is advisable.FOOD: Plenty of restaurants with a wide variety of food offerings.