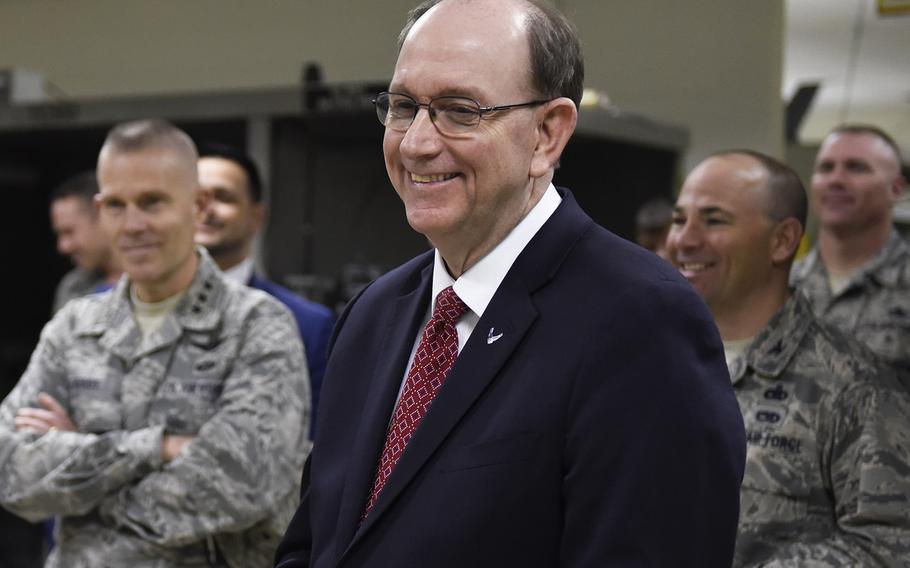 WASHINGTON — Matthew P. Donovan, the under secretary of the Air Force, will become acting secretary of the service on June 1, after Air Force Secretary Heather Wilson resigns her position, the Pentagon announced Wednesday.

Wilson announced in March in a letter to President Donald Trump that she planned to resign at the end of May to become the president of the University of Texas at El Paso, according to the Pentagon.

“In her two years as secretary, Heather defined the Air Force the nation needs and made incredible progress in implementing the strategy to get us there,” acting Defense Secretary Patrick Shanahan said in the prepared Pentagon statement, adding Donovan “will do a fantastic job.”

A native of Hancock, N.H., Donovan became the Air Force’s under secretary in August 2017 after working as the majority policy director for the Senate Armed Services Committee, according to his official Air Force biography.

Donovan, 60, is also an Air Force veteran, enlisting in 1977 and then commissioning through the Air Force Officer Training School in 1982. He served as a command pilot, flying the F-15C Eagle and the F-5E Tiger II tactical fighter aircrafts, according to his biography.

From March 2001 to May 2003, Donovan commanded the 95th Fighter Squadron of the 325th Fighter Wing at Tyndall Air Force Base in Florida.

Donovan retired from the Air Force in 2008 as a colonel and began working as a senior defense policy analyst for Science Applications International Corporation in Arlington, Va. He also worked for several years at the Air Force’s headquarters in the Pentagon.