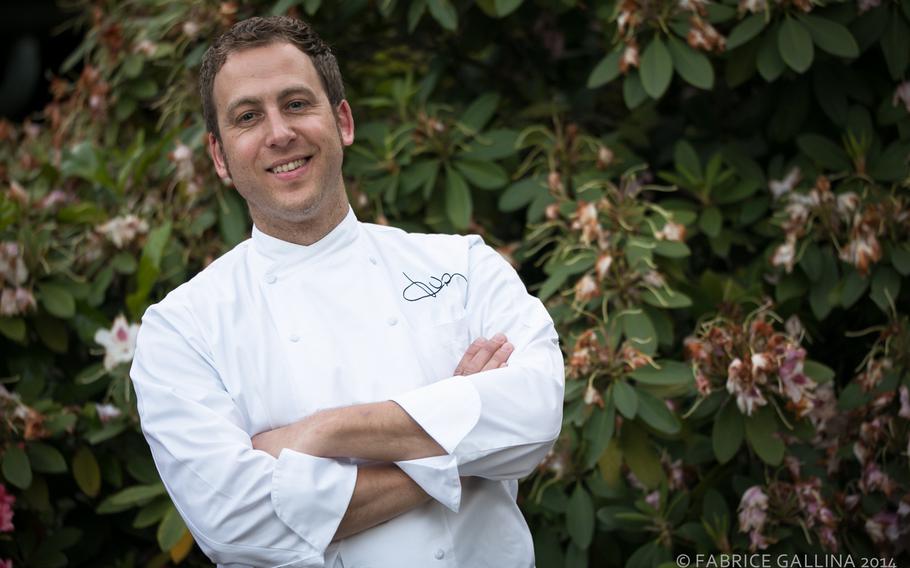 Luca Manfé once cut lawns for Americans based at Aviano when he was growing up in Italy. Today, many would be happy to have the celebrated cook in their kitchens. (Photo courtesy of Luca Manfé)

Luca Manfé once cut lawns for Americans based at Aviano when he was growing up in Italy. Today, many would be happy to have the celebrated cook in their kitchens. (Photo courtesy of Luca Manfé) 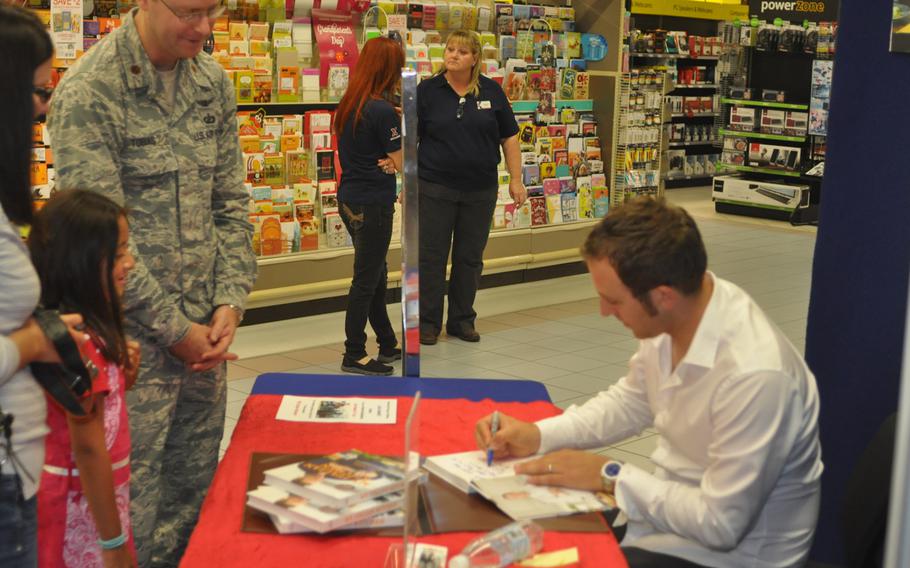 Luca Manfé signs books for Maj. Adam Tobias, his wife, Laura, and daughter Mia at a Aviano Air Base exchange on Sept. 3. (Kent Harris/Stars and Stripes) 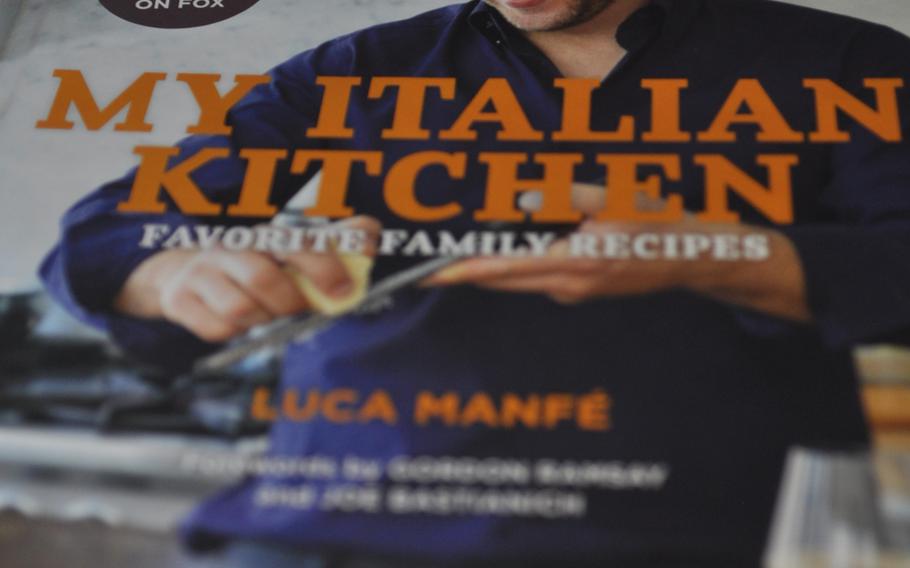 A copy of Luca Manfé's book sits on his mother's table in Aviano, Italy. (Kent Harris/Stars and Stripes)

Luca Manfé will quickly point out that he’s not a trained chef.

Yet he achieved a measure of fame and fortune last year because of a cooking show on American television.

The 33-year-old, who views Aviano, Italy, as home even though he’s spent the past decade in New York City, won season four of Fox’s “MasterChef,” a show probably better known for its hard-to-please host, Gordon Ramsay, than its contestants.

“It’s not as popular as some shows in the States,” Manfé said during a recent visit to Italy that included a book signing at the exchange on Aviano Air Base.

But nearly 6 million viewers is still a lot of people. And a barrage of press coverage after his victory proved that he had a lot of supporters in Italy, including his parents, who are longtime employees at the base.

Italian journalists “don’t want to talk to me now,” Manfé said, smiling. “They’ve moved on to other things.”

But since Manfé doesn’t plan to open a restaurant in Italy, he’s OK with that. He wouldn’t mind some level of fame in the United States, though. He’s got a book, “My Italian Kitchen,” to promote, a venture as a personal cook that’s taken him across his adopted country, and a restaurant in New York to open. The fame generated from winning the series would help with all of that. And the $250,000 prize is going to help with the last part.

If his recent book signing was any indication, the fame is somewhat lasting. The exchange quickly sold the 175 copies it had in stock, and the line of people waiting to get the book signed stretched to the entrance.

It wasn’t Manfé’s first time on base. His mother, Bruna Fedrigo, has worked in the 31st Contracting Squadron for 26 years. His father, Fedruccio Manfé, has been with the 31st Civil Engineer Squadron for 20 years. Manfé himself worked for two summers on base mowing lawns.

But gardening wasn’t the only thing on his résumé before he decided to try out to become the best home cook in America. He did work restaurant jobs in three countries — Italy, Australia and the U.S. — only none as a chef.

Manfé is modest about his talents. “I probably know a bit more about food than the average person. But I don’t have the knowledge, the technique … I have a horrible relationship with yeast and dough.”

That hasn’t stopped him from creating his own chef-for-hire venture, called “Dinner with Luca,” which can be booked on his website (lucamanfe.com). He’s traveled from Florida to California to prepare intimate meals for people.

With the help of his “MasterChef” victory, he’s attracted investors to take his career to a new level by opening New York City’s first Friulian venue.

Aviano is a part of Friuli-Venezia Giulia, Italy’s most northeastern region. Many natives speak Friulano, a dialect that’s different enough from Italian to be considered a separate language by many. Proud of his heritage, Manfé credits his mother and grandmother as his main cooking influences. Many of the dishes come from Friuli. His presentation of frico was key to his success on “MasterChef.” It’s a dish of fried cheese and potatoes, often combined with other ingredients, such as flour, onions, radicchio and meats or mushrooms.

“Frico. That’s what the name of the restaurant will be,” he said, taking a glance at his American wife, Catherine, and 8-week-old son, Luca, lounging on a couch at his parents’ home.

His mother said she wasn’t surprised at his perseverance on the show.

“He’s always been that way,” she said. “He tries different things, but he’s very good at finishing them.”

“And he’s always been a big eater,” she added.