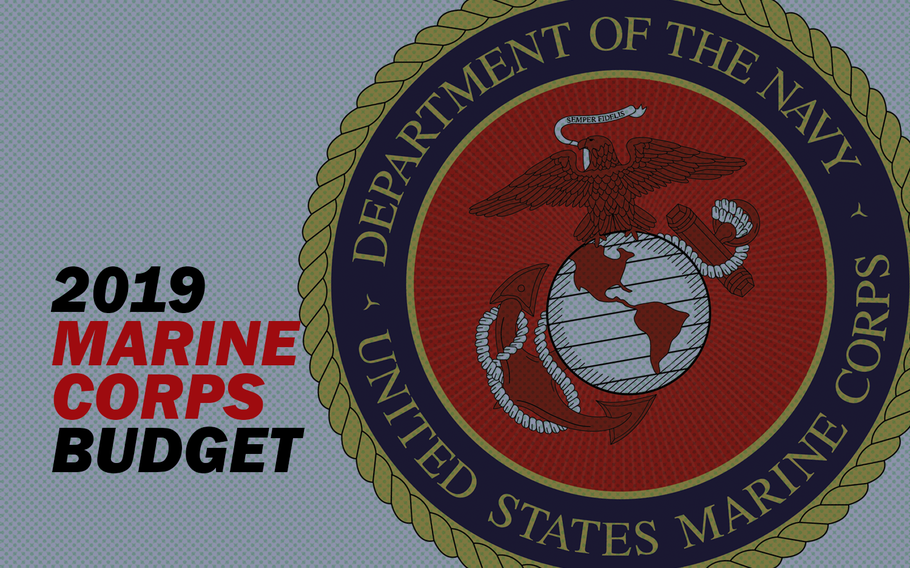 WASHINGTON — The Marine Corps would get a 1 percent boost in end strength under the Pentagon’s budget proposal released Monday, accounting for 1,100 of about 15,000 active-duty servicemembers that would be added in fiscal year 2019 if Congress approves the plan.

The request was made as part of President Donald Trump’s budget proposal for fiscal 2019, which includes more than $686 billion for the Department of Defense. Pentagon budget documents emphasized the need for stable and predictable funding after operating through the current fiscal year under stop-gap funding measures that limited spending to 2017 levels.

About 54 percent of the Marine Corps fiscal 2019 budget would go toward personnel – the key asset of the U.S. military’s crisis reaction force.

The proposal states the increases are needed in order to “deter aggression” and respond to emerging security threats, including terrorist groups, disease and natural disasters.

In addition to the modest increase to Marine Corps end strength, the proposal would provide a boost to the service’s air defense. Under the plan, the Marine Corps would receive 20 new F-35s and eight CH-53K helicopters.

The fiscal 2019 budget proposal comes as Congress is working on a deal for the current fiscal year. The Pentagon is currently operating with a funding plan — the fifth since the 2018 year began Oct. 1 — and by March 23 will need another funding measure in place to keep the government open. Pentagon funding documents said Monday the series of temporary funding measures “contributes to the erosion of our military advantage.”