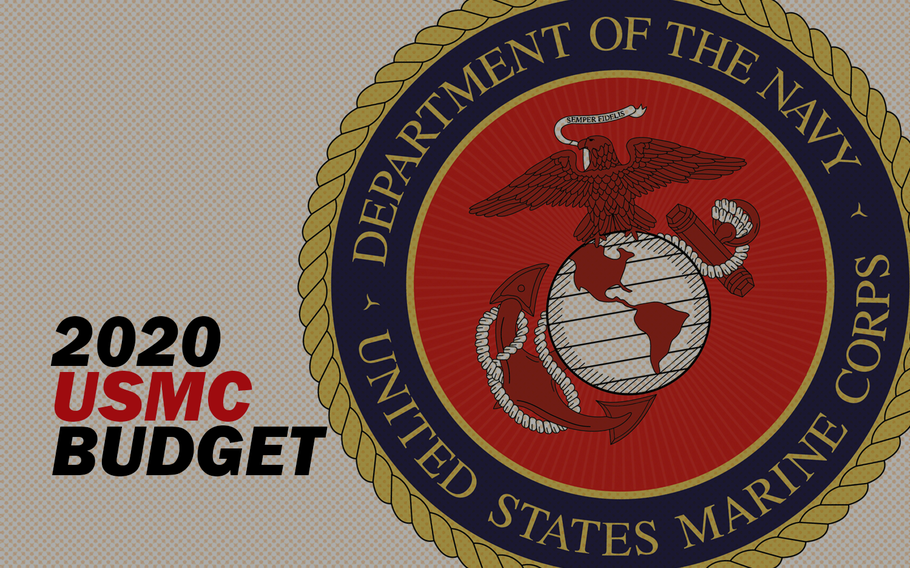 The Marine Corps budget would rise by about 6 percent, and end strength would also grow to 186,200 personnel under a proposal released Tuesday ()

WASHINGTON — The annual Marine Corps budget would rise by about 6 percent, and end strength would also grow under a proposal released Tuesday.

The Marines would see its budget go to $45.9 billion in fiscal year 2020 if Congress approves the plan.

“This increase supports the Marine Corps Operation Concept that focuses on the changes necessary to operate successfully in an increasingly complex global environment,” the budget request reads. “This growth supports building a more experienced, better trained and more capable force by increasing the number of Marines with special skills, like those required for special operations, intelligence operations, electronic, information and cyber warfare.”

The Marine Corp request was part of President Donald Trump’s budget proposal for fiscal year 2020, which begins Oct. 1. It’s part of an overall Navy request for $205.6 billion, which is up about 5 percent from fiscal year 2019, which ends Sept. 30.

Overall, the Trump administration is requesting $750 billion for the 2020 defense budget, which covers the Pentagon and other defense-related programs.

However, a significant portion of that request, $174 billion, has been placed in the war fund known as the Overseas Contingency Operations account, or OCO, to avoid budget caps requiring defense spending to fall under $576 billion.

Leaders in the Democratic-controlled House have said shifting large amounts of spending into OCO is not acceptable. Republicans have cheered the overall defense number, however.

That leaves an uphill battle for Democratic and Republican lawmakers to agree on the budget.