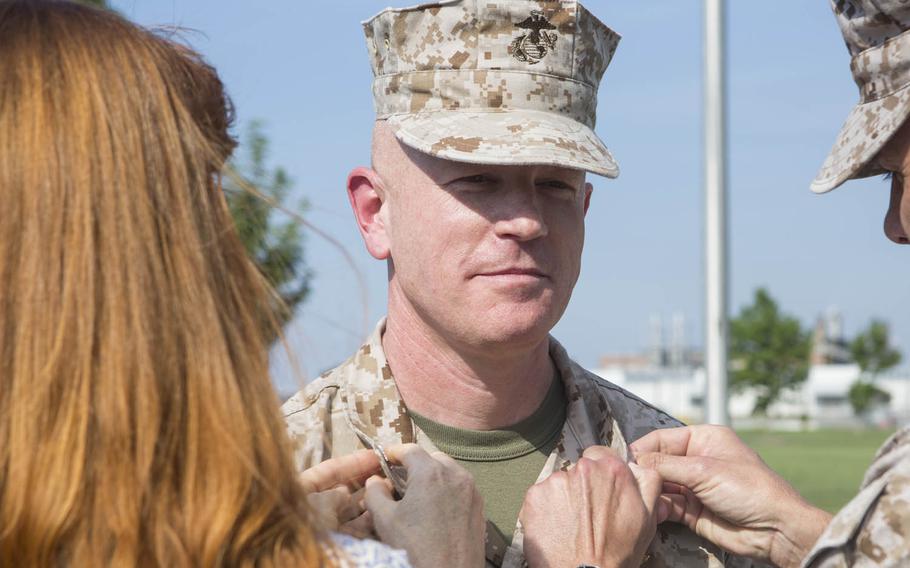 Rock, who has a long history with the MV-22 Osprey, an aircraft that has faced intense scrutiny on Okinawa, replaced fellow naval aviator Maj. Gen. Joaquin Malavet during a ceremony Tuesday afternoon at Camp Foster.

Rock, who previously served as director of Strategy, Policy and Plans for U.S. Southern Command, attended the U.S. Naval Academy and was commissioned in 1988, his Marine Corps biography said. Two years later, he became a naval aviator and flew the CH-46E Sea Knight during deployments around the world.

After serving as air officer for 3rd Battalion, 8th Marine Regiment, Rock became a flight instructor, his biography said. For the next six years, he was an operational tester and then an Osprey instructor.

Before serving with U.S. Southern Command, Rock was commanding general of the 2nd Marine Aircraft Wing, based in Cherry Point, N.C.

Malavet, who came to MCIPAC in June 2015, heads to U.S. Pacific Command, where he will serve as the director of Strategic Planning and Policy.