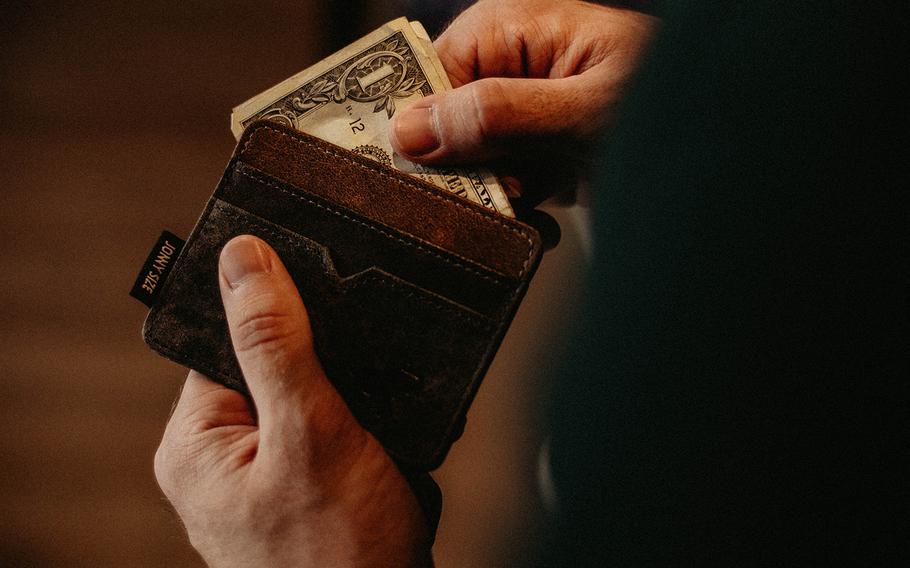 The Defense Department’s Office of the Actuary released a report this month that projects “take rates” for the most controversial feature of the new Blended Retirement System (BRS): the option at retirement to forfeit 25 or 50 percent of earned retired pay until age 67 in exchange for a six-figure lump-sum amount.

In the latest “Valuation of the Military Retirement System” report, department actuaries assume that 5.2 percent of retiring officers and 22.8 percent of retiring enlisted will be enticed enough by cash to accept deep cuts in retired pay. It also assumes, for accounting purposes, that everyone who elects the BRS lump sum will take the larger pile of cash, cutting their retired pay in half rather than by a quarter, until full annuities are restored at 67.

Last year’s valuation report on retirement plans projected $14 billion in future savings to the retirement fund related to the BRS, but the take rate for the lump-sum feature hadn’t been estimated.

Also, the projected cost savings failed to reflect two key components of the BRS whose costs to the department do not affect retirement funding: government matching of member contributions to the federal Thrift Savings Plan (TSP) and payment of a continuation bonus between the 8th and 12th years of service.

No estimate of overall savings from the BRS are found in the latest valuation report, said Air Force Maj. Carla Gleason, a DOD spokeswoman. The purpose of the BRS, she added, “is not to reduce government costs, but rather to expand government-provided retirement benefits to a larger portion of the force.”

The new retirement plan is “blended” because it combines a reduced annuity after 20 or more years of service — 20 percent below annuities paid under the legacy High-3 plan — with the two new features. A TSP with government matching will provide a portable nest egg regardless of when a member leaves service. The one-time continuation payment is to encourage full careers.

Shaped largely by the Military Compensation and Retirement Modernization Commission, the BRS also includes that onerous lump-sum option that actuaries have attacked as both unusual and unfair.

Those who enter the military for the first time on or after Jan. 1 this year automatically fall under the BRS. Currently serving members can make an irrevocable decision to opt into the BRS during this calendar year if they had fewer than 12 years in service as of Dec. 31, 2017. Reserve component members can opt in if they earned fewer than 4,320 points toward retirement by that same date.

Members with 12 or more years of service at the end of last year will stay under the High-3 plan or, if they first entered service before Sept. 8, 1980, under the more generous “Final Pay” plan.

A fourth retirement plan applies to 63,300 current retirees who were enticed by the offer of a $30,000 Career Status Bonus (CSB) in their 15th year of service to shift from High-3 to a reduced annuity plan called Redux. Congress created this bad deal for careerists back in 2000. It became increasingly unattractive as the bonus lost value to inflation. The law that created the BRS also directed that the CSB-Redux offer sunset before 2018, though those 63,000 bonus takers remain stuck with a reduced annuity plan.

The BRS lump-sum feature is similarly controversial. No other federal retirement plan offers a lump sum to replace a portion of a defined benefit. And while lump-sum buyouts of pension obligations are common in the corporate world, they typically don’t embrace the provocative formula for calculating lump sums that Congress prescribes for BRS participants.

DOD officials urged that the lump-sum feature not be included in the new blended retirement plan as it moved toward final passage in January 2016. But during final negotiations with the House, members of the Senate Armed Services Committee insisted on it to hold down costs. They also pitched it as a way to give retiring members financial flexibility to pay off debts, begin a business, buy a home or meet other personal financial goals.

What most bothers actuaries is how the lump sums are to be calculated using “personal discount rates” to value annuities forfeited. It’s a concept not recognized as actuarially sound. Personal discount rates measure an individual’s or a group’s preference for current dollars over promised future dollars. The higher the discount rate in calculating lump sums for forfeited annuities, the greater the savings realized by employers, in this case the DOD.

If the department used market rates instead of personal discount rates to calculate a present value for future lost annuities, lump sums at retirement would be substantially higher than planned. Amounts will still be large and enticing but also unfair, the DOD Board of Actuaries suggested in a December 2016 report.

The latest valuation report on military retirement confirms an aggregate personal discount rate will be used. The assumed rate for purposes of long-term projections will be 7.3 percent, more than double what a market-based rate would require, according to experts.

The department claims its discount rate uses “the Department of Treasury High-Quality Market rates as a benchmark.” What it doesn’t say, and yet what’s true, is that it adds a premium to that market rate of more than four percentage points to comply with the personal discount rate requirement of the BRS law.

Regarding military retirement obligations, the report shows actuaries using something called a Normal Cost Percentage (NCP) for participants in each of four separate plans — Final Pay, High-3, CSB-Redux and BRS. The NCP is the percentage of basic pay that must be contributed over careers of members covered by the plans, using present value calculations of future benefits for members and survivors.

Comparing retirement plan costs using NCP, the report shows BRS costs 22 percent less than the High-3 plan, with 2 percent of that reflecting anticipated savings from the lump-sum feature. But actual overall savings from BRS are substantially lower than the report shows because TSP matching and continuation bonuses are BRS obligations that will affect other parts of the defense budget, and not the retirement fund.