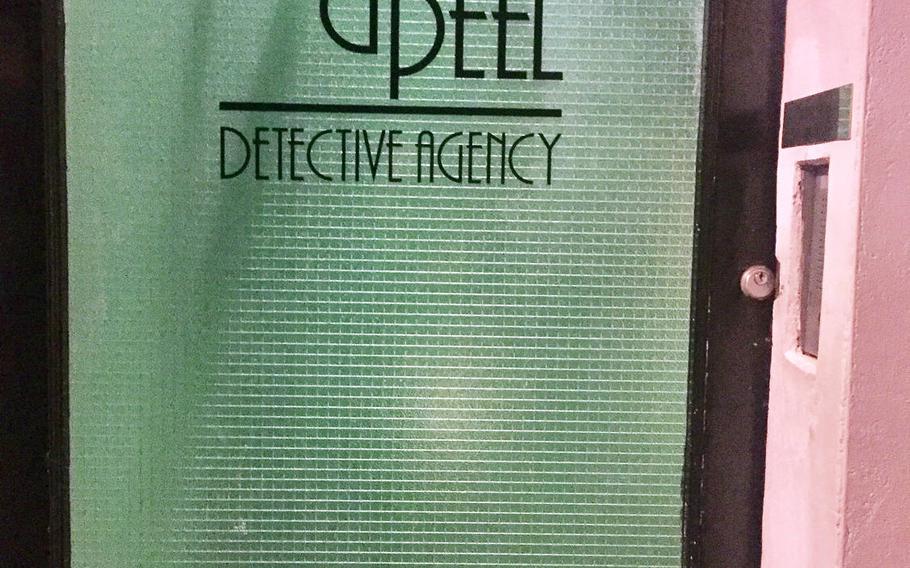 Evans & Peel Detective Agency is a central London bar with a 1940s theme. From the outside, it looks like a real detective's office. (Scott Wyland/Stars and Stripes)

Evans & Peel Detective Agency is a central London bar with a 1940s theme. From the outside, it looks like a real detective's office. (Scott Wyland/Stars and Stripes) 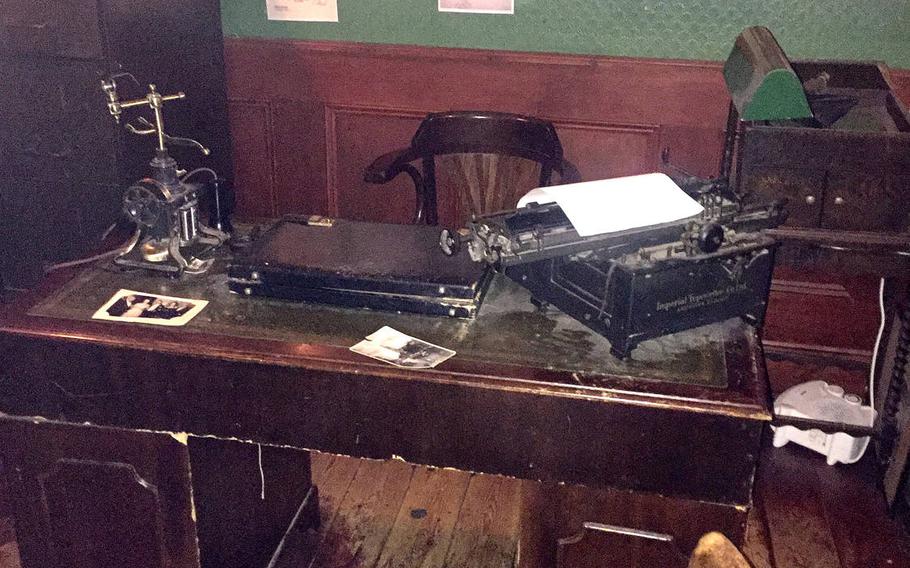 Evans & Peel's old-time office where patrons talk over a case that a detective should investigate before they enter the bar. (Scott Wyland/Stars and Stripes) A large antique filing cabinet behind the bar at Evans & Peel Detective Agency is among the vintage furnishings that create a 1940s feel. (Scott Wyland/Stars and Stripes) 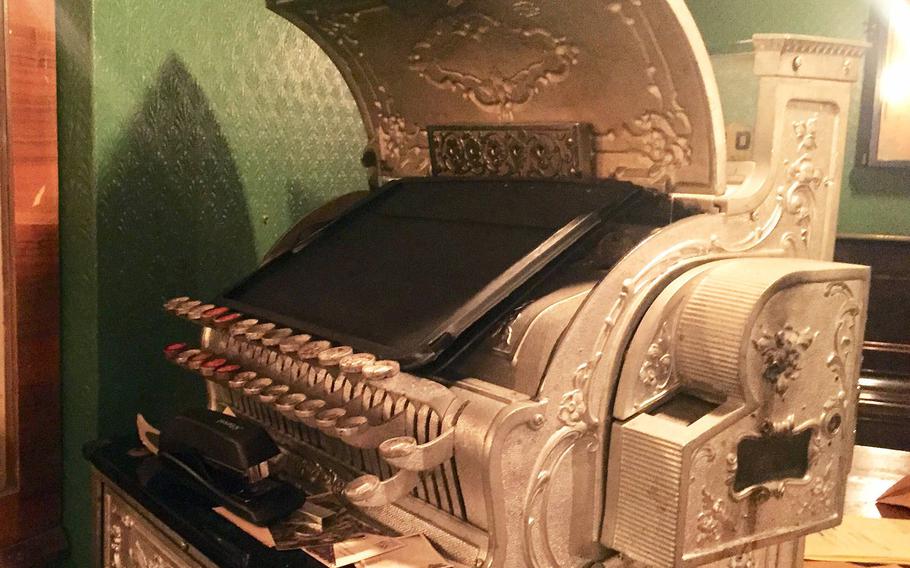 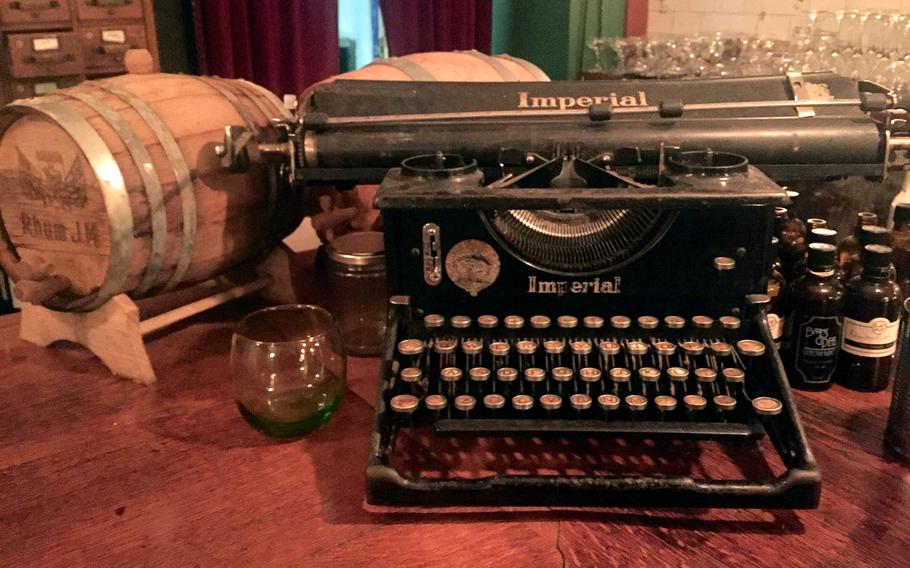 A manual typewriter near the bar adds to the 1940s look and feel of Evans & Peel Detective Agency. (Scott Wyland/Stars and Stripes) Great care was taken to make every corner of Evans & Peel look like a place you might've stepped into during the 1940s. (Scott Wyland/Stars and Stripes)

“Evans & Peel Detective Agency” is stenciled across an opaque-green door that makes it appear like a real office for private eyes.

The elegant, retro bar in central London is as well-disguised as a Prohibition-era speakeasy, giving casual passersby no clue of what really lies within.

It offers cocktails as creative as its ’40s detective motif, decent bar food and vintage furnishings that give it a film-noir ambiance. You half expect to hear Humphrey Bogart’s voice in a shadowy corner.

And like the speakeasies of old, you can’t just enter.

I rang the bell and told the man who answered on a speaker that I was there for business. After I was buzzed in, a man wearing suspenders and baggy slacks led me into an office that looked like something from a Raymond Chandler novel. He plopped down behind a scuffed wooden desk that had a manual typewriter and an old-time phone with a black earpiece hanging on a hook. Old sepia photos were tacked to a wall.

“So how are you in need of our service?” he asked with a flat American accent.

“I’m looking for a dangerous woman who won’t get me in trouble,” I replied. It seemed like a 1940s thing to say.

He gave me a crooked grin and said, “That’s a tall order, but we’ll do what we can.”

He motioned me into the bar, which on a slow weeknight was empty except for a couple groups of Americans.

The detective theme is popular with Americans who make up a large part of the clientele that packs the place on weekends, said the suspenders-wearing man, who had abandoned the American accent. Turns out he’s Polish.

Among the available drinks are house-crafted cocktails with names befitting the colorful setting, though they’re on the pricey side.

There’s “Hemingway’s breakfast,” a mixture of white rum, grapefruit marmalade and unsalted butter stirred together with a dash of maraschino liqueur for 11 pounds ($14.25). I had to try the “wobbly journalist,” which blends gin, Seville orange marmalade, sweet and dry vermouths, fresh lemon juice and wormwood liqueur for 10.50 pounds ($13.60).

Those feeling less adventurous and more frugal can get a glass of wine for 6 to 8 pounds or ale for 4 to 6 pounds a mug.

Anyone who needs food with the drink can order from a short menu that includes sliders, smoked chicken pieces, goat cheese fritters and prawns, priced from 4 to 9 pounds. Whatever you choose will be served by staffers dressed like gun-toting gumshoes and duplicitous dames from 1940s crime thrillers.