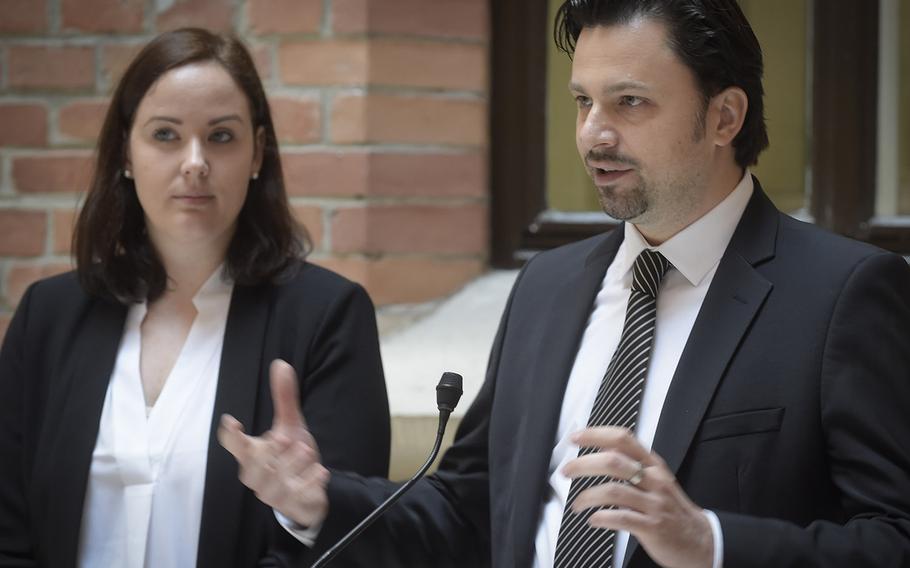 Just in time for Memorial Day, the Austrian government has posted online a listing of 1,715 U.S. and British airmen who died in Austria during World War II – along with the time and place of their death. Among them are 1,582 Americans. This first comprehensive accounting also contains the names of 113 who are missing in action.

In April, U.S. Ambassador to Austria Alexa Wesner accepted from Austrian Defense and Sports Minister Hans Peter Doskozil the commemoration book “Missing in Action: Failed to Return” with the information compiled by historians Georg Hoffmann and Nicole-Melanie Goll during more than eight years of research.

“It will serve as a valuable resource to the U.S. government and professional historians, as well as to the many family members who wish to know more about their loved ones, their sacrifice, and the people they committed their lives to,” Wesner said.

Hoffmann said the names of American and British airmen have not been part of an official commemoration in Austria – they had, he noted, been “forgotten.”

The commemoration book honors them now as those “whom Austria and all Austrians owe their freedom,” Hoffmann said. “They were very young men, who fought in a war – far away from their hometowns and families – in order to liberate Europe and therefore also Austria from a tyranny and dictatorship.”

The airmen lost their lives not only in air battles and crashes of their planes. “They also became victims of war crimes and violence, which the Nazi regime set loose under the name of ‘lynch law’ and as a revenge for Allied air attacks,” said Hoffmann, who wrote “Fliegerlynchjustiz,” a 2015 book focused on violence against downed Allied airmen.

“Terrorflyer was the catchphrase of Nazi propaganda for Allied crews. Airmen who were captured were humiliated, mistreated and also murdered in public. The Nazi state especially aimed to take away their identity – by stealing and extinguishing their names! Funerals for airmen were forbidden, false names were put on graves, bodies were carried away and measures were taken so that nobody ever would be able to identify them,” he said.

Hoffmann and Goll’s research included creation of a database, which includes all crashes as well as every single airman (10,000 people), including those who were murdered or are still missing.

Wesner applauded Hoffmann and Goll for their bravery, noting that “a willingness to highlight and discuss uncomfortable events is not always appreciated at first.”

At last month’s ceremony, Wesner was joined by three members of the Defense POW/MIA Accounting Agency, which is responsible for locating, recovering and identifying those unaccounted for from all wars.

Hoffmann said the commemoration book provides the newest and best information available about the whereabouts of these WWII missing men in Austria.