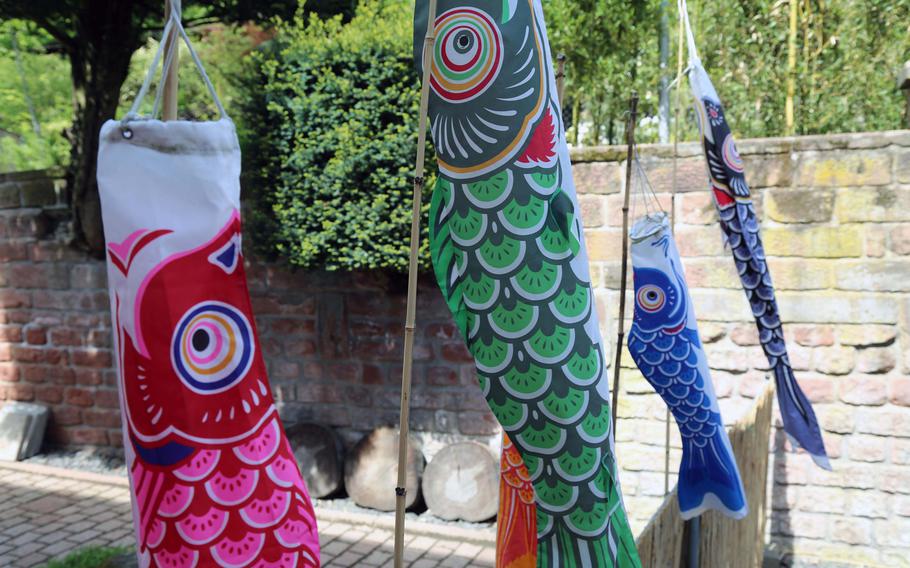 Buy Photo
Banners colored to represent koi flutter in the wind outside the Japanese Garden in Kaserslautern, Germany. (Will Morris/Stars and Stripes)

Buy Photo
Banners colored to represent koi flutter in the wind outside the Japanese Garden in Kaserslautern, Germany. (Will Morris/Stars and Stripes) 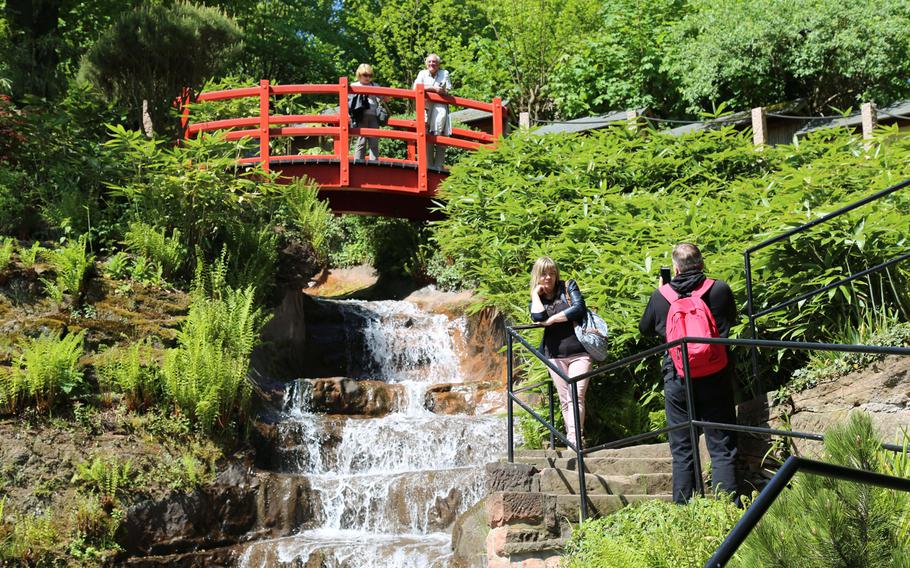 Buy Photo
Tourists take photographs in front of a waterfall in the Japanese Garden in Kaiserslautern, Germany. Opened in 2000, the garden has become a place of peace and meditation for locals and members of the military community. (Will Morris/Stars and Stripes) 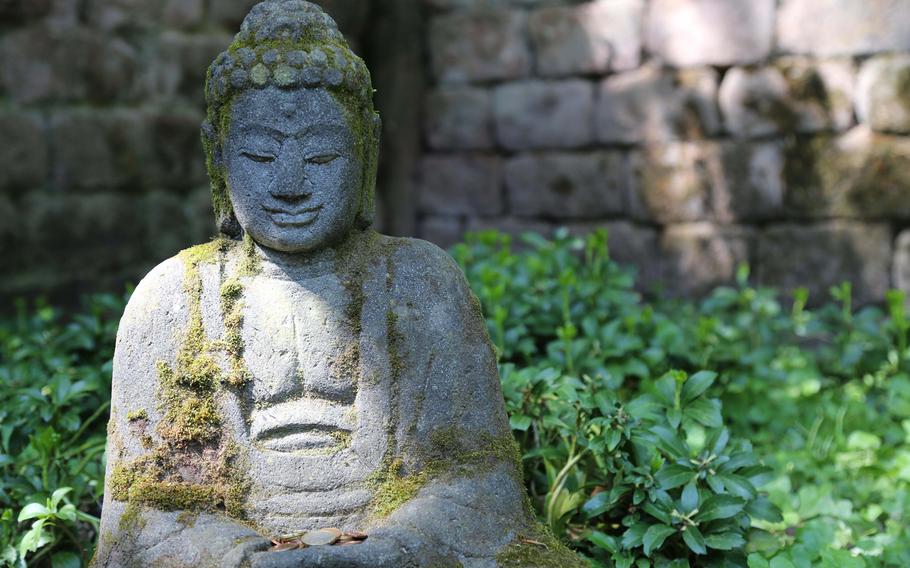 Buy Photo
A statue of Buddha sits in a secluded corner of the Japanese Garden at Kaiserslautern, Germany. (Will Morris/Stars and Stripes)

I have always admired the Japanese and their culture’s emphasis on incorporating nature into daily life. This can be found in everything from carpentry to pottery, from clothing to food. For me, the height of this expression is the Japanese garden, where horticultural concepts have been refined and elevated to a spiritual level.

A few hours spent in a Japanese garden surrounded by the sound of running water, the smell of flowers and the sight of sunlight shimmering through leaves make life’s anxieties disappear, if only briefly.

The Japanese Garden in Kaiserslautern offers just such an experience.

Located downtown, the garden opened in April 2000, seven years after Japanese delegates from Kaiserslautern’s partner city, Bunkyo-Ku, proposed the idea. The garden isn’t that large, but it is well-designed and remarkable for its size.

Once you pass the unassuming entrance of roughly hewn doors, the garden opens up before you, revealing a large red Japanese torii, a gateway that symbolically separates the garden’s sacred space from the profane world. Two paths begin at the gateway, each leading past cherry trees, red-leafed Japanese maples, manicured shrubs, assorted flowers and other greenery. The variety of plants is impressive. Along the pathways are several coves with benches.

As a design element, water is arguably the most important part of any Japanese garden. Kaiserslautern’s has several waterfalls of varying sizes, including one that flows out of the surrounding sandstone cliffs and drops some 30 feet into a duck pond filled with koi.

With touches like this, the Japanese Garden succeeds in creating the illusion that the visitor is isolated from the real world — up to a point. That illusion is broken by the sight of a pond that has been drained and is under repair. The teahouse that overlooks it is likewise out of service. But the restaurant behind it is still open, offering wraps, sandwiches and a few German specialties.

Despite the disruption, I highly recommend a visit. Bring a thermos full of green tea and a favorite book, and imagine you’re far away from the glass-strewn sidewalks of Kaiserslautern.

DIRECTIONS: Address: Lauterstrasse 18, Kaiserslautern, Germany Exit the A6 at Kaiserslautern-Centrum and follow Route L395 through the city to the entrance. It’s near Kammgarn cultural center. A city parking lot is on the other side of the street.