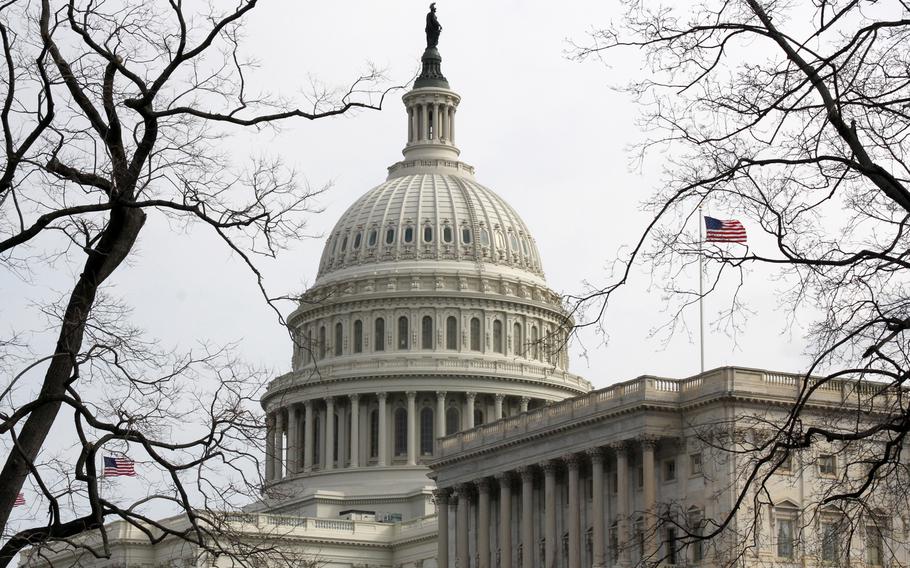 WASHINGTON -- Mounting frustration with the veterans benefits backlog prompted House Democrats this week to offer a flood of new legislation to tackle the problem and spurred congressional veterans to petition the president to intervene immediately.

Neither action is likely to produce a quick fix for the problem, which has become a key issue in recent weeks.

The number of veterans disability and compensation claims pending more than four months has hovered at 600,000 for more than a year, and the average time to complete a claim is more than nine months.

Officials at the Department of Veterans Affairs have promised to eliminate the backlog in the next two years, through a series of new technologies, better training and aggressive processing of files.

White House officials believe the Department of Veterans Affairs is on the right track and have promised they are monitoring the issue closely.

But in a letter sent to President Barack Obama on Thursday, 26 lawmakers with military experience argued that “the VA is clearly on the wrong track” and the work “is not the progress that veterans and taxpayers expect.”

The lawmakers ask for Obama to publicly acknowledge “the problems within VA and the necessity for reforms and leadership.” It stops short of asking for the resignations or firings of top VA officials, but does highlight several statements from VA Secretary Eric Shinseki indicating that the problem is far from being solved.

The proposals include mandating quicker processing of medical records by the Defense Department, seen as one reason for the VA’s claims bottleneck; paying veterans as each individual condition is verified, instead of waiting for files to be fully processed (the VA launched a similar initiative this week); and providing more information on electronic claims filing options.

In a statement, committee ranking member Rep. Mike Michaud, D-Maine, called the bills “a coordinated effort to put forth a pragmatic, solutions-oriented approach.”

But all of the measures face an uphill battle in the Republican-controlled House. Veterans Committee Chairman Rep. Jeff Miller, R-Fla., pledged to “welcome any and all ideas to fix this growing problem” but stopped short of endorsing any of the bills.

Earlier this month, VA Undersecretary for Benefits Allison Hickey said she expects the backlog numbers to begin dropping this fall, but also warned the problem could worsen before then.