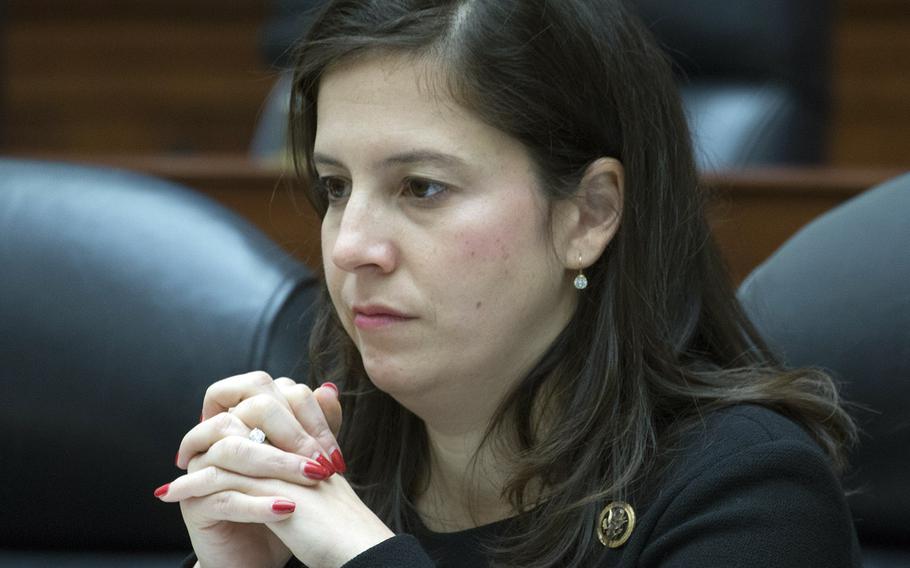 WASHINGTON — The chair of a House Armed Services Committee sub-panel on Thursday praised a proposed 10 percent funding hike for U.S, special operations forces but pushed back against the continued reliance on the so-called war fund.

Rep. Elise Stefanik, R.-N.Y., said in a Thursday hearing that under the 2019 budget request, the U.S. special operations forces and command would see its funding increase to $13.6 billion and grow its force to more than 71,000.

Both would mark the largest ever, and money would be largely sourced from Overseas Contingency Operations, or OCO.

“While I am pleased to see continued fiscal support for special operations forces, it is deeply troubling to see continued dependency on (OCO) funding,” said Stefanik, chairwoman of the House Armed Services Committee subpanel on emerging threats and capabilities.

The fund has raised concerns as a runaway spending train for its wide range of uses and lack of budget caps.

The special operations request represents about 2 percent of the overall Defense Department request.

“Congress is continuing to provide us with all the resourcing we need to do our job,” Gen. Tony Thomas, commander of U.S. Special Operations Forces and Command, also known as SOCOM, testified at Thursday’s hearing. “Special operations forces provide unique and highly effective capabilities and extraordinary return on investment across the full spectrum of conflict.”

In a similar hearing about a year ago, Thomas said a reliance on the war fund had created a force that is “largely a façade.”

“Unfortunately, we find ourselves in the same place today, if not worse,” Stefanik said. “We must commit to remedy this imbalance.”

Thomas said that currently OCO covers a third of its budget, “a huge dependency.” He would prefer to see recognition that the capabilities of SOCOM deserve to be maintained from base budget funds.

“It has the potential to build some really bad habits,” he said.

Also of concern, the budget request shows a decline in funding for research and development, which is key to technological and battlefield advantages in the future, Stefanik said.

“Rest assured, our near-peer adversaries are already aggressively exploring these technologies, which present both economic and national security challenges for our nation,” she said. “To this end, I am somewhat disappointed that SOCOM’s budget request decreases research and development funding for a second year in a row.”

Still, the proposed funding gains will be key to the force’s growth to meet the demands of the new National Defense Strategy, said West, who was confirmed to his new post in December. The strategy, revealed in January, labeled China and Russia new U.S. threats as a result of their growing capabilities.

“To sustain this expansion, we must be fiscally hawkish,” West said.

The command must also be more innovative in its recruiting efforts, he said, as only 30 percent of high schoolers today qualify for the military.

Tryouts for the special forces are life-changing and the command can’t be grown quickly, West warned.