Larry Connell is out as director of DC VA hospital 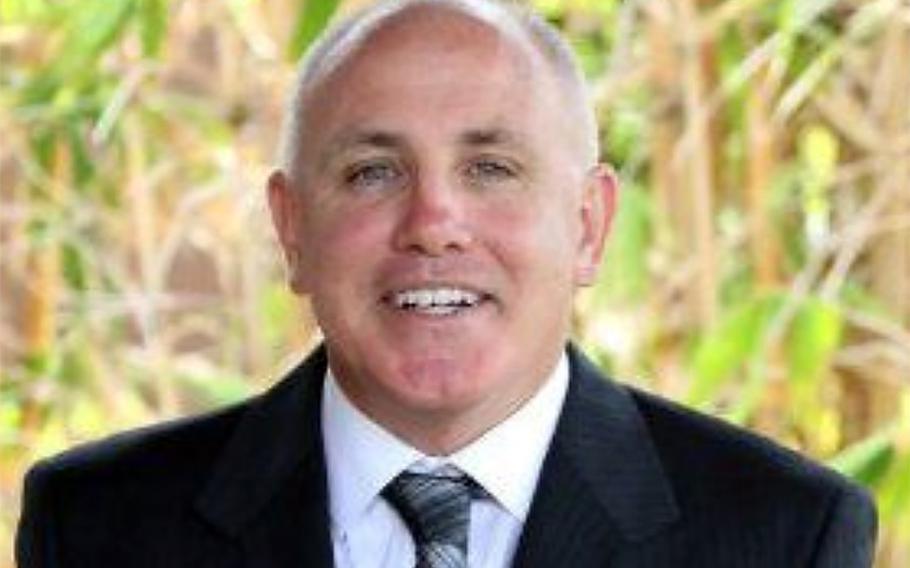 WASHINGTON – The director of the beleaguered Department of Veterans Affairs hospital in Washington was reassigned Monday amid ongoing problems at the hospital and an investigation into whether his appointment broke federal protocols.

In an email to VA staff Monday, Raymond Chung, acting director of the VA Capitol Health Care Network, announced that Connell’s tenure as temporary director of the DC hospital expired Saturday. Connell wasn’t asked to stay in the job longer, Chung wrote. Chung said the reason was that questions recently arose about whether correct hiring processes were followed when Connell was named to the post.

VA Press Secretary Curt Cashour confirmed to Stars and Stripes in March that the VA Office of Accountability and Whistleblower Protection was investigating whether protocols were violated.

Citing a memo from the Office of Personnel Management, CNN reported that political influence could have played a role in his selection. Before taking the helm of the DC hospital, Connell worked on Trump’s transition team and was a special adviser to Shulkin.

“Larry Connell’s temporary detail as acting director expired as scheduled April 7,” Chung wrote. “Although we had hoped for him to continue as DC [VA medical center]’s permanent director, issues regarding technical aspects of his initial appointment as acting director have arisen making it impossible at this time.”

Connell was sent back to the VA central office to resume his previous role as senior adviser to the VA secretary. Charles Faselis, chief of staff of the hospital, will temporarily lead the facility, Chung wrote.

After the IG report April 2017, Faselis was Shulkin’s first choice to take over the hospital. However, Shulkin changed his mind and appointed Connell instead, announcing he wanted to bring in an outsider.

Chung told VA staff that the decision to have Connell step down from the position was not made because of his performance.

“This move has absolutely nothing to do with Larry’s performance, which has been phenomenal,” Chung wrote. “Over the past year, his efforts have been pivotal to the positive changes made here.”

The leadership shakeup came one day after Stars and Stripes reported that many of the problems existing at the hospital in April 2017 remained unresolved one year later, despite public reassurance from Connell and other VA leaders that real progress had been made.

Stars and Stripes reviewed multiple inspection reports that described unsanitary conditions at the facility as recently as last month. A January report concluded the hospital still posed a risk to patient safety.

Connell told reporters at a March 7 news conference that the facility had been scrubbed clean.

“This hospital is a different hospital today than it was back in April,” he said, suggesting that the problems had been addressed. “This is a great hospital for veterans to receive their health care,” he said. “I am so confident in the quality and safety of care at this facility, I enrolled here with my health care.”

Despite those claims, the VA Inspector General’s Office said the eight early recommendations it made in April 2017 to fix the DC hospital — which it said should be carried out “immediately”— had not been completed as last week. The IG asked the VA to ensure that supplies were available, create a working inventory system and hire key staff, among other recommendations.

Multiple problems the IG discovered in April 2017 were echoed in a January 2018 report from the VA’s National Program Office for Sterile Processing. Inspectors found dirty syringe bottles and stopped their work to hold an immediate meeting with hospital leadership about the risk to patients.

In March, an FDA inspector found a nonworking refrigerator in the hospital’s blood bank, keeping blood at room temperature, and workers weren’t always recording the temperature of blood when it was transported to the Children’s National Medical Center next door. On March 5, the FDA ordered the VA to resolve the issues.

In response to questions about ongoing troubles, Cashour said April 5 that the DC hospital “has been aggressively addressing a number of identified concerns, but the facility’s problems didn’t emerge overnight and they won’t be solved overnight.”

The uncertainty in the ranks at the DC hospital adds to an already turbulent leadership situation at the VA.

President Donald Trump removed Shulkin on March 28 and unexpectedly nominated Rear Adm. Ronny Jackson, the White House physician, to take his place. Lawmakers and veterans advocates have raised doubts over Jackson’s qualifications to lead the VA, which is the second-largest federal agency.

Jackson responded to those concerns in an interview over the weekend.

“You know, I’m not just an officer in the Navy; I’m an emergency medicine physician in the military. I’ve been confronted on a day-to-day basis with life and death decisions,” he told the Lubbock Advance-Journal in Texas. “I think I’ve got what it takes.”

While Jackson goes through the confirmation process – which could be lengthy – Robert Wilkie, a Defense Department undersecretary, is serving as acting VA secretary. The veterans organization AMVETS urged Trump last week to reconsider, pointing to Wilkie’s lack of experience at the VA. AMVETS also brought up the possibility of legal backlash over Trump’s decision to bypass VA Deputy Secretary Tom Bowman, who is second to the VA secretary in the chain of command.